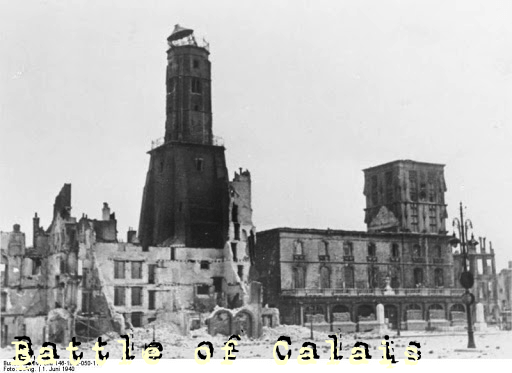 The Norwegian resistance was successful, in part, because they had many advantages over the Germans – “a long coast line with vast amounts of the country uninhabited. Norway also had a long border with neutral Sweden which could be easily crossed. In such an environment, a focused resistance movement could do great harm to an occupying army” (Source).

Unfortunately, though, the Norwegians were divided in the fact that many did not want to commit the acts of treason and raids that led to more Nazi atrocities – as had taken place in other countries.

Germany invaded Norway in the early hours of April 9, 1940. However, the Norwegian government refused to capitulate, saying: “We will not submit voluntarily; the struggle is already underway” (Source). The entire government evacuated Oslo and, during an emergency session, gave full authority to King Haakon VII and his cabinet – this gave the king the authority to reject Germany’s ultimatum.

However, this did not stop German invasion. Thanks to WWI, the Norwegian military was “underfed and undertrained by the late 1930′s.” (Source). Germany was able to invade Southern Norway with very little initial resistance.

[Below: Coins with the H7 monogram were worn by Norwegian nationalists as jewelry during the occupation, and subsequently confiscated by German authorities]

To aid the resistance, Sweden aided the Norwegians with equipment and training by setting up “a series of camps” camouflaged as police training camps, all along the border (Source). Some 7,000-8,000 men were trained through the camps.

Although Norway did not partake in many battles officially, their military still went to great lengths to subvert the Germany army whenever possible. For the most part, this consisted of more acts of sabotage. However, their military was up and running by the time they were liberated.

Many civilians practiced their own means of civil disobedience. For example, the first outbreak was started by Oslo University students who wore paperclips attached to their collars. This was a sign demonstrating resistance, solidarity, and unity.

Another means of civil disobedience was known as the Ice Front. Here, Norwegians refused to speak to Germans, pretending to not understand German. They also refused to sit next to a German on public transportation. This only lasted until the Germans made it illegal to stand on a bus if seats were available.

XU (Unknown Undercover Agents): These agents collected maps and photos of German fortifications. They also had Nazi connections – “Several of their members were couriers for M15 agent Paul Rosabund, who had vital information regarding German nuclear research” (Source). An interesting fact: Two of the members were female.

Osvald Group: These agents performed some 110+ sabotage missions, “storing” explosives around the country. They also provided support for the NKVD, though, becoming a military group. Through this, 35 members were killed. Below are some important dates:

Operation Grouse consisted of dropping a team of 4 SOE trained agents into the wilderness on October 19, 1942. From there, they were expected to ski to their location. However, they were dropped off at the wrong point and got off course several times, meaning they reached their location much later than expected. However, their mission was still successful.

This operation was followed by Operation Freshman, which was, unfortunately, unsuccessful. On November 19, 1942, “two Airspeed Horsa gliders, towed by Handley Page Halifax bombers, each glider carrying two pilots and 15 Royal Engineers of the 9th Field Company, 1st British Airborne Division, took off from RAF Skitten  near Wick in Caithness” (Source). Thanks of poor weather conditions, one of the two Halifax tugs crashed into a mountain, killing all seven of those aboard. Its glider was able to take off, but its crash claimed several more lives. The other Halifax, however, was unable to even locate its landing zone, “owing to the failure of the link between the Eureka (ground) and Rebecca (aircraft) beacons” (Source). Deciding to give up and head home, though, only proved more treacherous, and the second Halifax came down not far from the first flight, killing several more.

This was followed by Operation Gunnerside. On February 16, 1943, another six agents were dropped by a “Halifax bomber of 138 Squadron from RAF Tampsford” (Source). Their drop was mercifully successful and they met up with the team from Grouse a few days later. The next part of their plan was to take place between February 27th and 28th. However, their job was made more difficult thanks to the mines, floodlights, and additional guards placed around the plant by Germans after the failed Freshman attempt.

Agents of the combined Grouse and Gunnerside operations were to infiltrate the plant and place “explosive charges on the heavy water electrolysis chambers, and [attach] a fuse allowing sufficient time for their escape” (Source). They left a Thompson submachine gun, hoping to show this was a British SOE mission and not a Norwegian effort, afraid of backlash from the Germans.

Their mission was successful. Over 500 kg of heavy water was destroyed.

Acts of Resistance: Destroying ships & supplies (such as the Bismarck); Distributing illegal newspapers; Killing Nazi collaborators & officials; Smuggling people in and out of Norway; Destroying Norsk Hydro’s plant and stockpile of heavy water; and numerous other acts of sabotage.

[Below: The Vemork plant blowing up.]