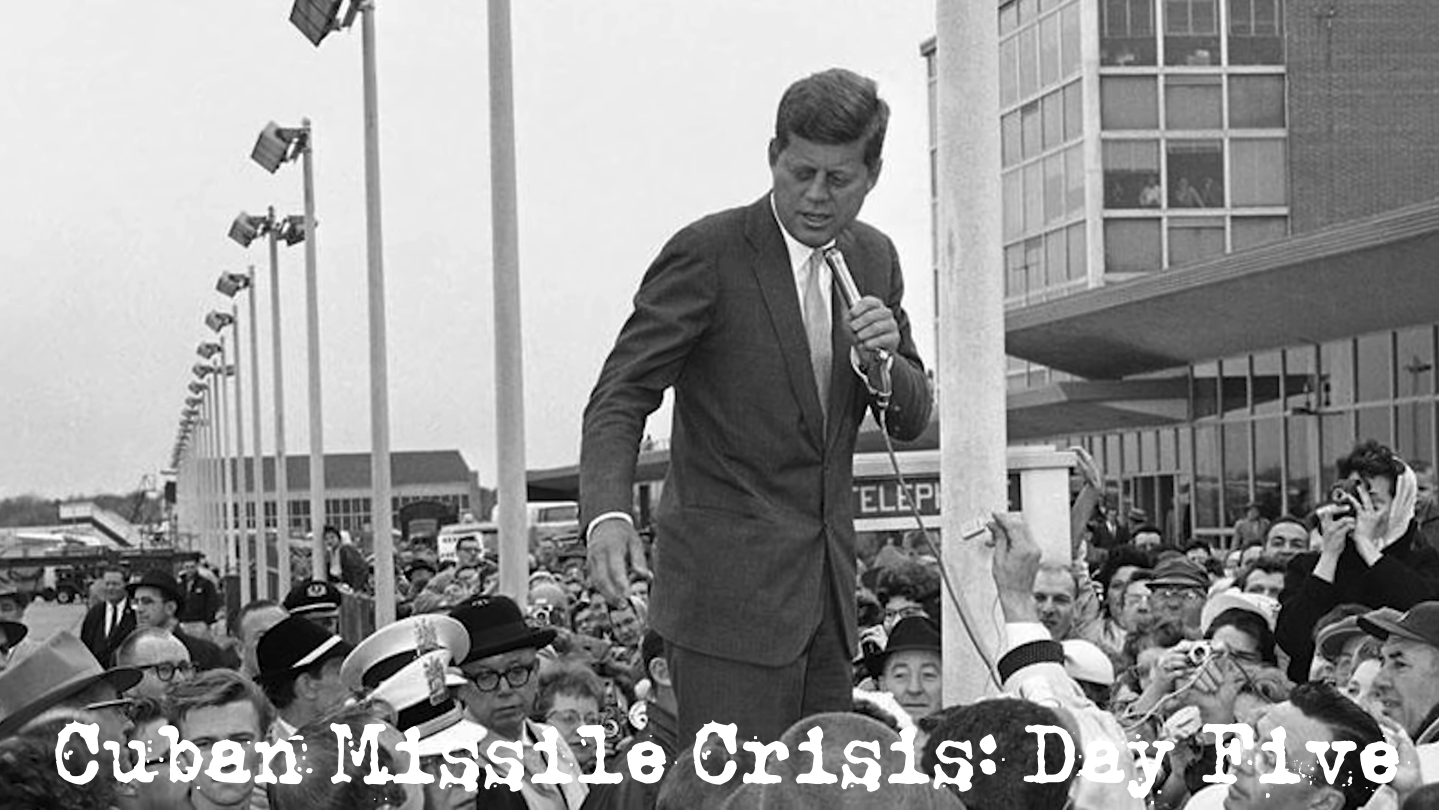 “I had heard the military take positions, which if wrong, had the advantage that no one would be around at the end to know” (38).

Saturday, October 20, 1962: President Kennedy returns suddenly to Washington and after five hours of discussion with top advisers decides on the quarantine. Plans for deploying naval units are drawn and work is begun on a speech to notify the American people.