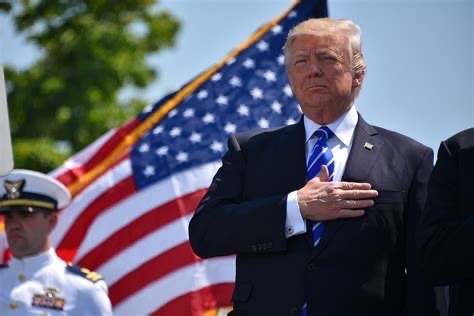 The Sabbath Day seems like a good day for a parable.

Now, no one on the Right believes that Donald J. Trump is the “savior” of the world. What many do believe, though, is that he was hand-picked by God to serve this country and protect His people.

Donald J. Trump lived in the lap of luxury. He had everything he wanted or needed. And whatever he didn’t have, he could probably buy. He had a good job, he had a gorgeous wife, loving children, and adorable grandchildren. What about this luxurious lifestyle would he want to give up to have the worst job in history?

The job of President of the United States is the hardest, loneliest job in the world. President Eisenhower once explained that only the hardest problems make their way to the desk of the US President. Anything easier is solved further down the line.

And from day one, Donald J Trump (DJT to his most loyal supporters) was mocked and ridiculed. From that day he came down the elevator, newscasters and commentators around the global laughed at him. Declared that he couldn’t possibly be serious about running for president. Exclaimed that he’d never win.

But they greatly underestimated him, for Donald J Trump is not one to be hindered by the thoughts or words of others. And he always plays to win.

And that is why Donald J. Trump won on election night 2016. Because he reached out to people who needed to be reminded that they were loved and that they mattered. He spoke to their greatest needs – and, yes, even their wants. He wanted to touch their lives and make life easier for them.

But all along the way, he was taunted and scorned. He was called names. He was misrepresented. He was slandered. He was despised.

And when he won, the ridicule and hatred only grew in those who despised him. They upped their game of lying and sneering. They tried to impeach him. They probably even tried to take his life.

He fought for them. Not just at home, but across the sea. He negotiated trade deals that would benefit the lives of every American. He created jobs. Brought jobs home from foreign countries. He made sure they were safe from both foreign and domestic threats. He fought for better schools. He fought for religious liberty. He fought for free speech and liberty for all.

In short, he loved them. He loved America and, more importantly, he loved the American people. That’s why he did it. To see their lives improved. To give them hope.

And, in return, his supporters loved him back. Unconditionally. They saw his flaws, but loved him anyways. Because he was willing to sacrifice; to give of himself for them.

But then the 2020 election rolled around. The people who hated him upped their game of lying and jeering even more. They did everything in their power to stop him. They tried to impeach him. They created rules that would trip him up and cause his supporters to hate him.

But even that couldn’t stop him. On election night, Donald J. Trump won in a landslide. But the American people knew something was wrong. States were called for his opponent while Trump was winning. Vote tallies switched. Then, the counting stopped all together. And, in the middle of the night, massive vote dumps that took away his lead in numerous states.

But he didn’t give up.

He continued to fight for the American people. He sought lawyers, but they, too, were mocked and ridiculed. No one would listen to them.

The American people tried to make their voices heard. But The Capitol insisted on taking it away. Finally, in a desperate move, The Capitol staged an event to silence them all for good. Blamed the violence on Trump’s supporters.

They’d stolen the election and removed him from office, sent him off into exile, cutting him off from his supporters for good.

But here’s the part of the story The Capitol can’t control. God’s not finished yet. He chose a flawed men. A flawed man who was willing to step down from a life of luxury and sacrifice everything. Helped him reach tens of millions of people. Put him in the White House.

Along the way, this man was mocked and ridiculed. He was lied about. He was slandered. He was hated. His life was threatened. His family’s lives were threatened. But he continued to put the lives of others first. He continued to fight and speak the truth. And he went down fighting.