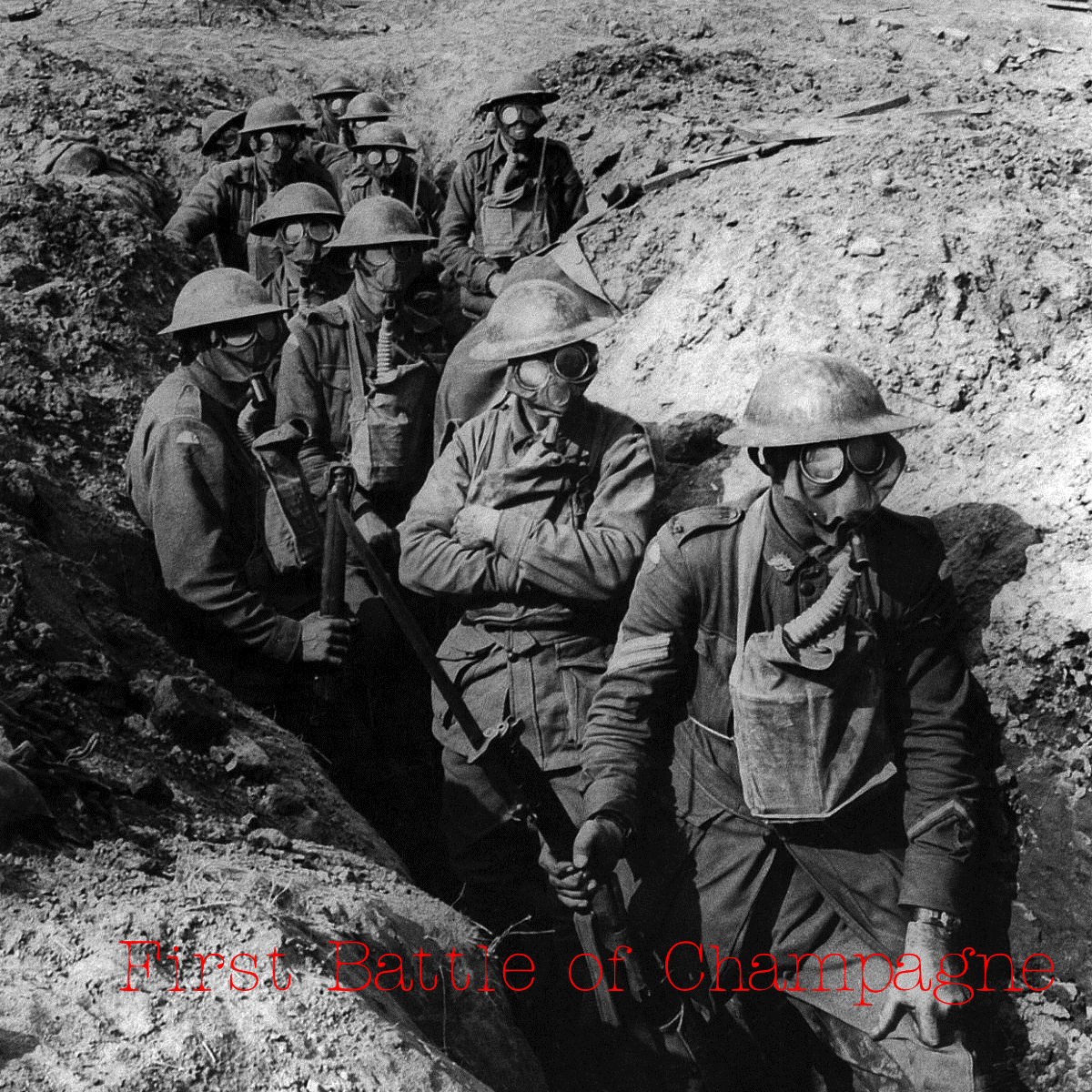 The first Battle of Champagne began on December 20, 1914. This was “effectively the first significant attack by the Allies against the Germans since the construction of trenches” (Source).

French commander Joseph Joffre (it’s been awhile since we’ve heard from him!) was determined to win a victory against the Germans. Thus, he began planning a major offensive stretching all throughout the Artois and Champagne regions of France, stretching from Nieuport in the north to Verdun in the south.

Initially, the ‘battle’ began with a series of small skirmishes, starting as early as December 10th. But then, these battles grew into heavy fighting, which “occurred simultaneously at Givenchy, Perthes, and Noyon, where the numerical advantage enjoyed by the French resulted in few gains in territory” (Source). That being said, Joffre focused his assault on the Sayon salient, which had been forced back into central France from Reims to Verdun by the Germans. Other salients also existed, such as in St. Mihiel. Currently, Here, the French Fourth Army, under Fernand de Langle de Cary would attack German Third Army, which was under the command of Bavarian Crown Prince Rupprecht. And after capturing Sayon, Joffre intended to advance through the Ardennes, wanting to cut off any potential German retreat or reinforcements.

[Below: Ruins of a church in Champagne] 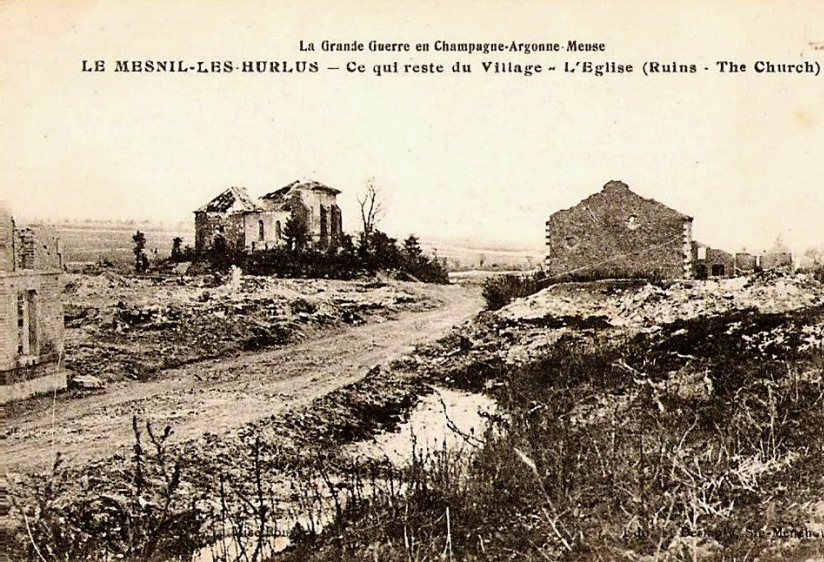 Unfortunately, Joffre’s plan was a bit unrealistic. The French Fourth started out well enough, but quickly ran out of steam, especially as the German machine gun crews hurried to cover gaps in the French barbed wire (Source). As December wore on, de Cary attempted to probe the Germans’ weak spots, but wasn’t as lucky. The Germans continued to recapture land.

Not only was the war not overly successful, it was dragged on and on and on . . . As of early January, well, conditions were terrible. The trenches were flooding with freezing rain and the bitter cold weather caused frostbite. Furthermore, “guns became clogged with mud and refused to fire, and heavy rainfall often made the trenches practically unusable” (Source).

Then, on January 12, the Germans counterattacked at Soissons. At this point, the fighting continued until mid-February, when the French broke off to reorganize. Then, in mid-March, fighting picked up again.”Perthes had in particular seen much action, with an additional three battles being fought for its possession” (Source).

Throughout all of this, the French only made minor territorial gains The French Fourth made some gains in Champagne. Meanwhile, they suffered causalities into the 90,000s. The Germans lost just as many.

Despite all of this, Joffre did not get discouraged. He was still convinced that the German lines were “vulnerable to massed infantry assault” (Source). Therefore, he was determined to continue his wider assault along the Sayon salient. Champagne had not seen it’s last of war. Joffre would see to that.

[Below: Trench warfare in Champagne]