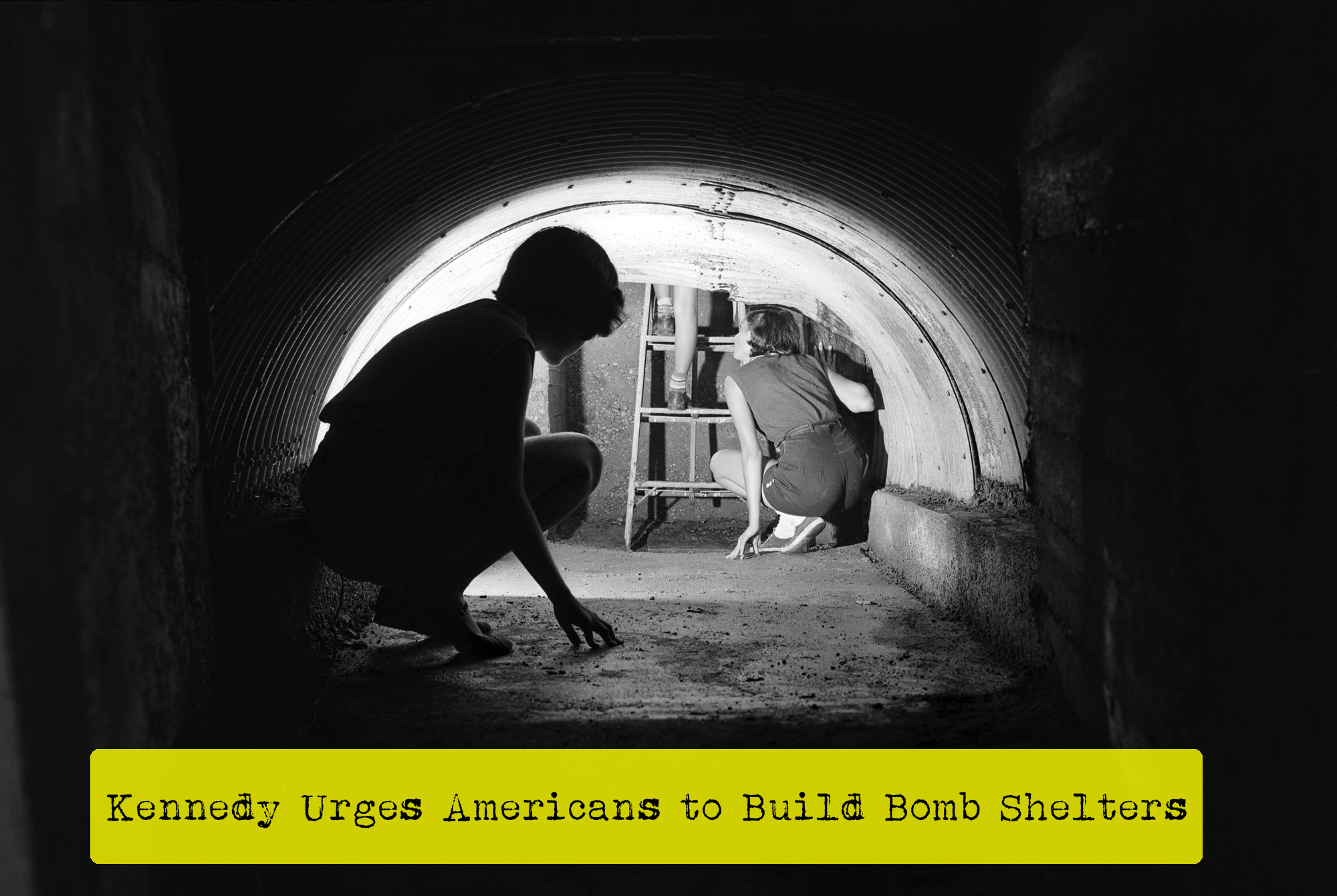 In a letter to the members of the Committee on Civil Defense of the Governors’ Conference, President Kennedy laid out how both government, business, and private citizens could insure the best protection possible against the effects of a thermonuclear attack. At the same time, he laid out how the Federal Government, state governments, industry, and other institutions could work together to ensure the work was done. And done well.

He explained that a large number of casualties would come from radioactive fallout. These could extend downwind some several hundred miles.

His goal: For the Federal Government to move forward “to bring into operation fallout shelter space for large groups of people under very austere condition. Many homeowners, communities, and business firms can and will provide more adequate and better located shelter space for their own needs” (Source).

Kennedy’s plans would prove useful as a mere year and 10 days later, the world would come shockingly close to nuclear holocaust.

[Below: The Kennedy fallout shelter. Located on Peanut Island, the shelter would likely have been used by President Kennedy & his top advisers in the event of a nuclear holocaust]