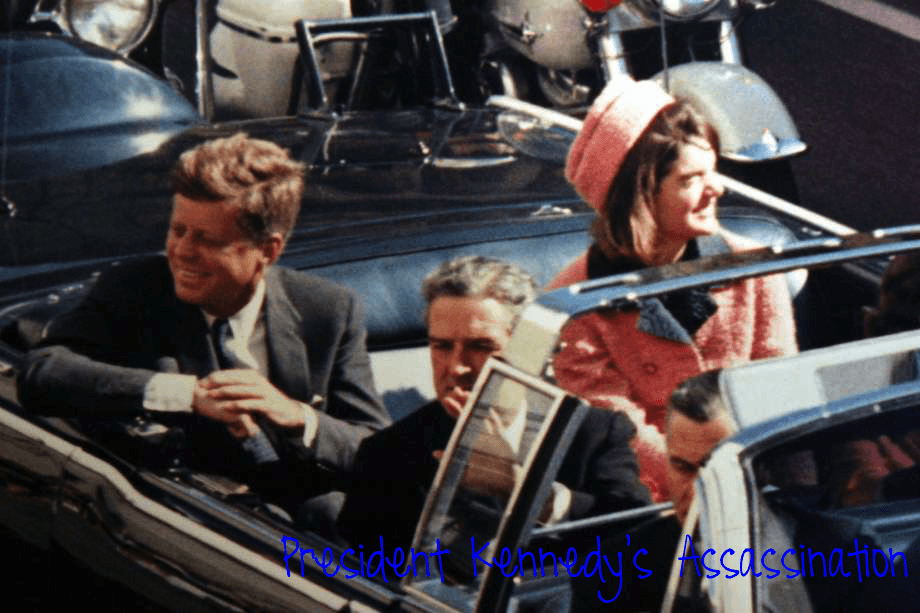 Today, on Thanksgiving Day, we also honor (if that’s the right word) the 55th anniversary of President Kennedy’s assassination. (I actually thought this week’s USA-eVote Reads was fitting – and had we been active, oh, five months ago, we also would have had a post for the 50th anniversary of his brother’s assassination). It is interesting to note, that prior to his leaving for Texas, his brother begged him to skip Dallas, having been worried about an assassination plot. The president had, after all, avoid several already.

But, anyways, 55 years ago today, President Kennedy and his wife, First Lady Jacqueline Kennedy – along with Vice President Johnson and his wife, amongst others – were in Texas. The morning started out well enough. The party had a grand breakfast feast (although, while they were waiting for the president’s arrival, the announcer kept going on and on about McKinley’s assassination, which I’m sure he regretted a few hours later) before flying to Dallas.

Dallas, of course, is the home of the infamous motorcade.

As the motorcade passed the Texas School Book Depository and somewhere around Dealey Plaza and the grassy knoll, shots began to ring out. According to those in the motorcade, they felt like they going through a crossfire; shots were coming from all directions.

According to reports, the first shot hit President Kennedy in the back and lodged itself “approximately five inches below the collar and two inches  to the right of the spine (Nolan 150). The second shot went off a split second later (too close to the first to be from the same gun). This one hit Governor Connally, who sat directly in front of the President. “The third shot struck the President in the back of the head, driving his body forward, as witnessed in the [Zapruder] film” (151). At almost the same exact time, a fourth shot was fired, this one striking the President in the forehead. “The President was thrust backward and to the left and collapsed into his wife’s lap” (151). This is also the time where we see his head explode and Jackie climbing onto the trunk, chasing after fragments of his brain.

By the time the President reached Dallas’s Parkland Hospital, he’d lost most of his brain. Thirty minutes after the shooting began, President Kennedy was dead. J. Edgar Hoover would be the one to inform his brother.

After a somewhat shady autopsy at Parkland, Kennedy’s body was flown back to Washington where Jackie and the coffin were met by the late President’s brother. The family would spend the majority of the evening at Bethesda Naval Hospital. In the early morning hours of the 23rd, his body would be laid out in the East Room of the White House, per formalities.

On November 24th, his flag-draped coffin was carried through the U.S. Capitol to lie in state. Hundreds of thousands of mourners would pay their respects. The next day, the family held the Requiem Mass at St. Matthew’s Cathedral before burying him in Arlington National Cemetery.

[Below: Jackie & Bobby at the funeral.] 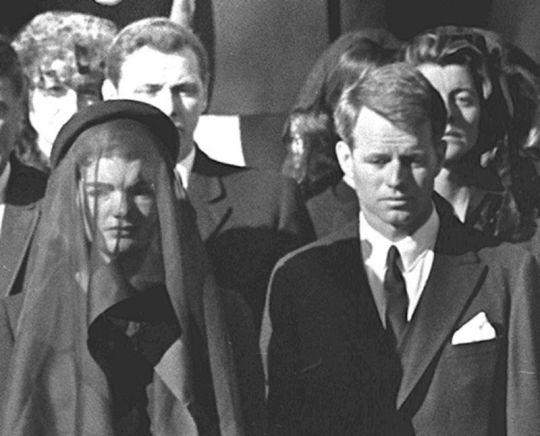 So, today while we are being thankful, let us also remember that act that took place 55 years ago today. Let us also be thankful for the men who gave their lives for this country, such as President Kennedy. And remember his plea to this great country:

“My fellow citizens of the world: ask not what America will do for you, but what together we can do for the freedom of man. Finally, whether you are citizens of America or citizens of the world, ask of us here the same high standards of strength and sacrifice which we ask of you. With a good conscience our only sure reward, with history the final judge of our deeds, let us go forth to lead this land we love, asking His blessings and His help, but knowing that here on earth God’s work must truly be our own.”

His was a call to action; a call to arms. It was not a call for selfishness and request of freebies from the government, but instead a call for sacrifice. Remember that this Thanksgiving Day – to give of yourself for the betterment of this country and for someone else.

[Below: Casket in Arlington Cemetery] 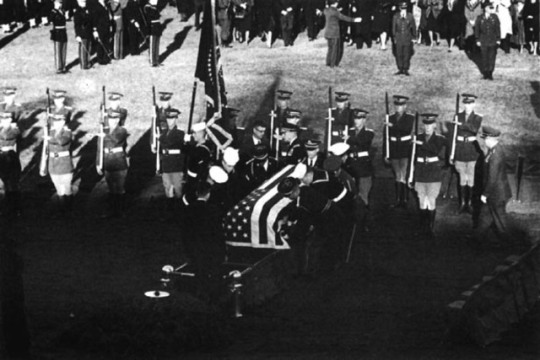 Nolan, Patrick: CIA Rogues and the Killing of the Kennedys. New York: Skyhorse, 2013.