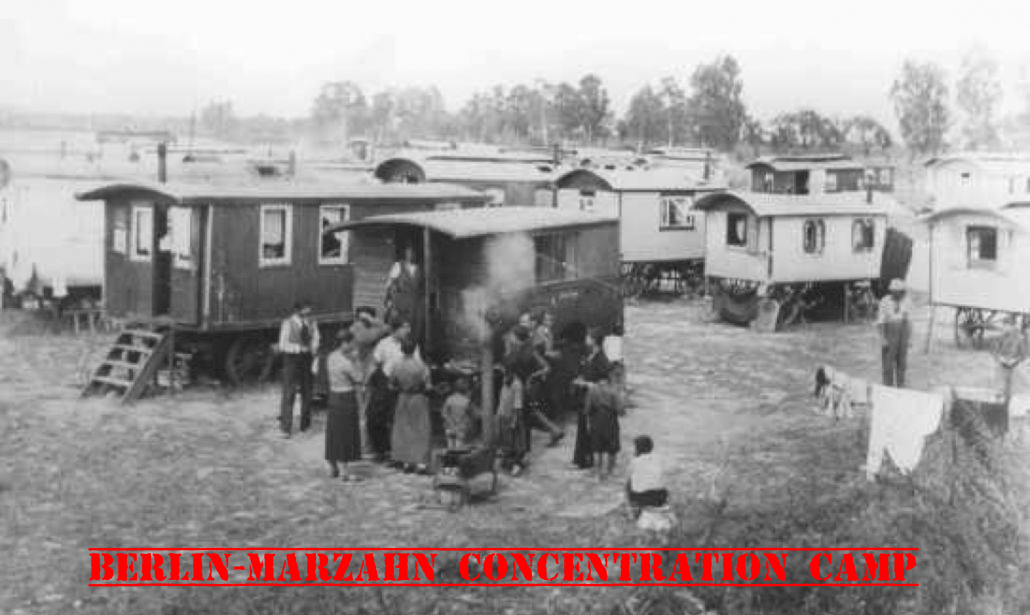 Berlin-Marzahn Concentration Camp opened on July 16, 1936, located in a field that was sandwiched between a cemetery and a sewage dump.

Before the 1936 Berlin Olympics, the Gestapo arrested some 600 Sinti and Roma (with the backup of the NSDAP’s office of racial politics as well as the Berlin public relief office), taking them to the camp. They wished to rid the country of Gypsies prior to the games. They cited the Nuremberg Laws to back them up.

Gypsies, or Roma, were occupants at many other camps throughout Europe, but Berlin-Marzahn housed only Gypsies.

Upon arrival, both the men and the women were divided between fit for work and not fit for work. Those unable to work were executed. Initially, they were forced to live in caravans or temporary barracks. “The living conditions at this camp were particularly harsh: the caravans were much too small to house families, and there were to few water supply points and toilets on the premises” (Source). By September of 1938, their number had grown to 850, many of whom were ill, due to conditions.

Eventually, bared wire would go up around the camp and the prisoners would do forced labor in armament plants.

In March of 1943, many of the male prisoners were sent to Sachenausen Concentration Camp, while the women and children were sent to Auschwitz. Most of those who ended up in Auschwitz were murdered. Only a handful remained at Marzahn. Then, during a 1944 raid, the camp was destroyed. The 24 remaining prisoners were forced to live in one barrack. The camp was “liberated” in 1945.

But that’s a joke.

The Red Army (aka communist Russia) forced the occupants to live there for several more years. All prisoners had previously lost any form of citizenship and were thus considered “aliens.” It took the Soviets that long to “allocate” new accommodations for the prisoners. So prisoners they would remain.

Between 1936 and 1943, it is believed that Marzahn saw between 1,000-1,200 prisoners, all Sinti and Roma. It is also believed that many of the prisoners were sterilized because Gypsies were inferior.