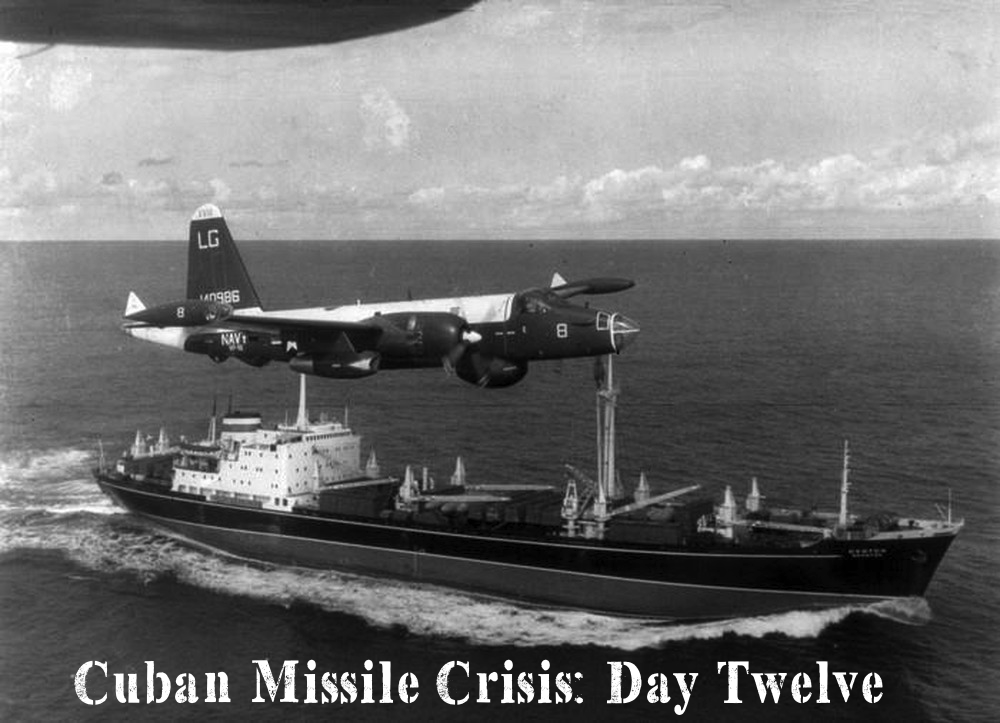 “Thus began the most difficult twenty-four hours of the missile crisis” (71).

Saturday, October 27, 1962: A second letter from Moscow arrived, demanding tougher terms, including the removal of obsolete Jupiter missiles from Turkey. Over Cuba, An American U-2 plane was shot down by a Soviet-supplied surface-to-air missile (SAM) and the, killing pilot Major Rudolph Anderson. President Kennedy wrote a letter to the widow of USAF Major Rudolf Anderson, Jr., offering condolences, and informing her that he was awarding Anderson the Distinguished Service Medal, posthumously.

During a tense meeting of the Executive Committee, President Kennedy resisted pressure for immediate military action against the SAM sites. At several points in the discussion, also insisted that removal of the American missiles in Turkey would have to be part of an overall negotiated settlement. The Committee ultimately decided to ignore the Saturday letter from Moscow and respond favorably to the more conciliatory Friday message. Air Force troop carrier squadrons were ordered to active duty in case an invasion was required.

Later that night, Robert Kennedy agreed to meet secretly with Ambassador Anatoly Dobrynin again. They reached a basic understanding: the Soviet Union would withdraw the missiles from Cuba under United Nations supervision in exchange for an American pledge not to invade Cuba. In an additional secret understanding, the United States agreed to eventually remove the Jupiter missiles from Turkey.

“We had to be aware of this responsibility, the President was deciding, for the U.S., the Soviet Union, Turkey, NATO, and really for all mankind… .” (75).