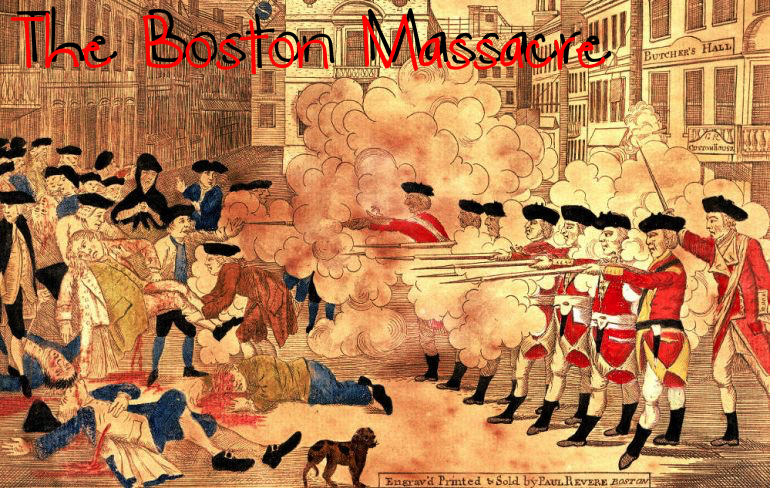 What began as a street brawl on King Street in Boston on March 5, 1770, turned into what today we know as The Boston Massacre.

Tensions between the British and the Americans was already high in early 1770. “More than 2,000 British soldiers occupied the city of 16,000 colonists” (Source). Meanwhile, the Colonists were busy rebelling against the number of tax laws that had been pressed on them. They could be heard in the streets crying, “No taxation without representation!”

So, what else would happen but a riot. Snowballs, stones, and sticks were thrown. But then a British sentinel, Private Hugh White was attacked. “At some point, White fought back and struck a colonist with his bayonet” (Source). So, Captain Thomas Preston, a British officer, called in additional help. This clearly didn’t help solve the problem, because the Colonists continued to attack, some even taunting the soldiers to fire. The violence escalated, and the British soldiers fired into the crowd, killing five men and wounding six more. Preston and the other soldiers were arrested and jailed.

What resulted was the famous trial in which John Adams was called to defend them. He certainly wasn’t a loyalist, however, he wanted to be sure that the British soldiers still got a fair trail. And with them as their defender, they certainly did.

[Below: Depiction of the bloody Boston Massacre]

His first act was to see that the jury was filled with non-Bostonians since those from Boston were sure to have pre-judged the case and were all ready to even the score, even if it meant sending these men to be executed.

Then, during the trial, Adams explained that due to all the confusion, it was hard to know just which accounts were accurate and which weren’t. But then, Richard Palmes testified:

“…After the Gun went off I heard the word ‘fire!’ The Captain and I stood in front about half between the breech and muzzle of the Guns. I don’t know who gave the word to fire” (Source).

This was all that Adams needed to hear to know that reasonable doubt existed. With this testimony, he was able to make sure that Preston was not found guilty.

With that established, the rest of the soldiers on trail claimed self-dense. None were found guilty of murder, save for Hugh Montgomery and Matthew Kilroy, who were both found guilty of manslaughter. They were “branded on the thumbs as first offenders per English law” (Source).

After this, the Royal Governor evacuated the occupying army out of Boston.

The Boston Massacre served to further the negative feelings between the two countries. Now, the Colonists were only more incensed by the unfair taxation and were fighting for their independence. The Massacre led to the Revolutionary War. But Preston was also accurate in his description of the events:

“None of them was a hero. The victims were troublemakers who got more than they deserved. The soldiers were professionals…who shouldn’t have panicked. The whole thing shouldn’t have happened” (Source). 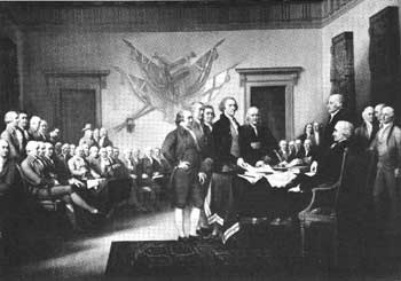