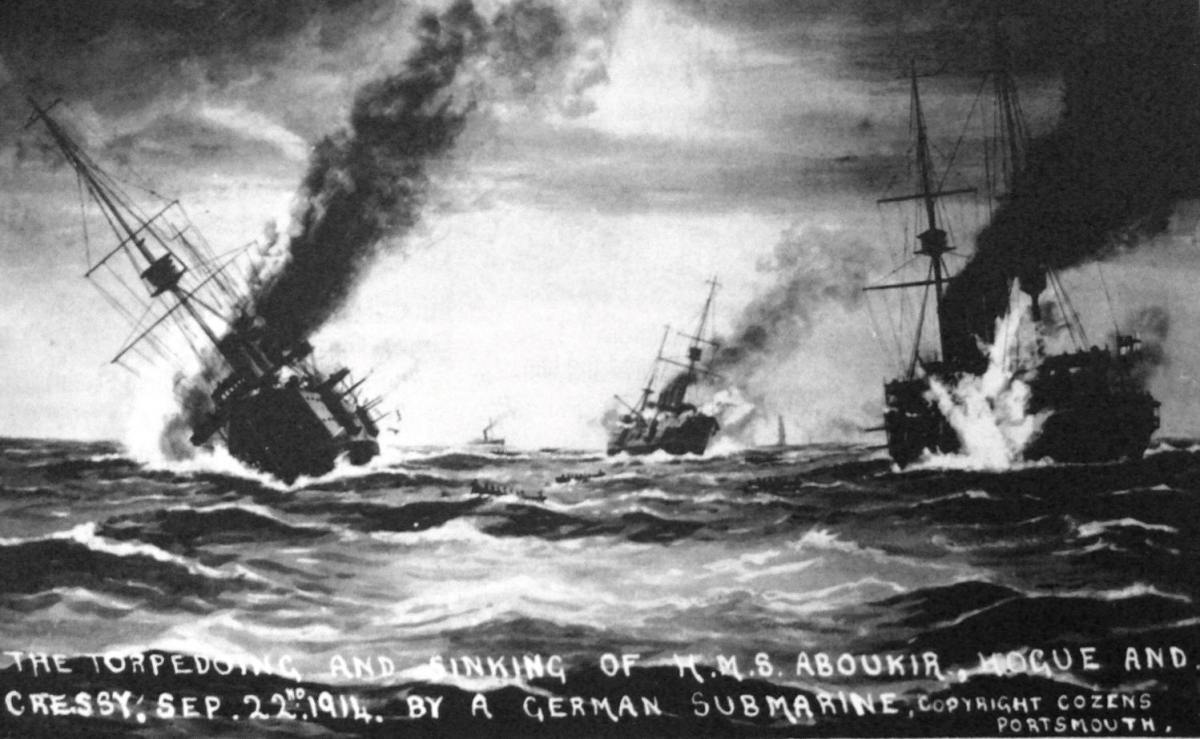 On September 22, 1914, in the North Sea, German U-boats sunk three British cruisers, the Aboukir, the Hogue, and the Cressy. In an essentially one-sided battle, the Germans bombed all three boats in about an hour, killing 1,400 British sailors.

No one was questioning just how deadly the U-boats were anymore.

The U-boat was “214 feet long, carried 35 men, and 12 torpedoes, could travel underwater for two hours at a time” (Source). These boats took a great toll on Allied shipping – in both wars. In the Great War, German U-boats almost completely wiped out the British. Or, at least blockaded the British. But then, in 1917, thanks to these attacks, the Americans were finally prompted to enter the war.

The British had their much-needed allies.

With the help of American ships . . . as well as weapons, money, and men, WWI would be over in a little over a year.

But, during those four long years, German U-boats would be the death of, well, we probably don’t even know the number of Allied deaths thanks to U-boats. What we do know is that they were one of Germany’s greatest weapons in both wars.