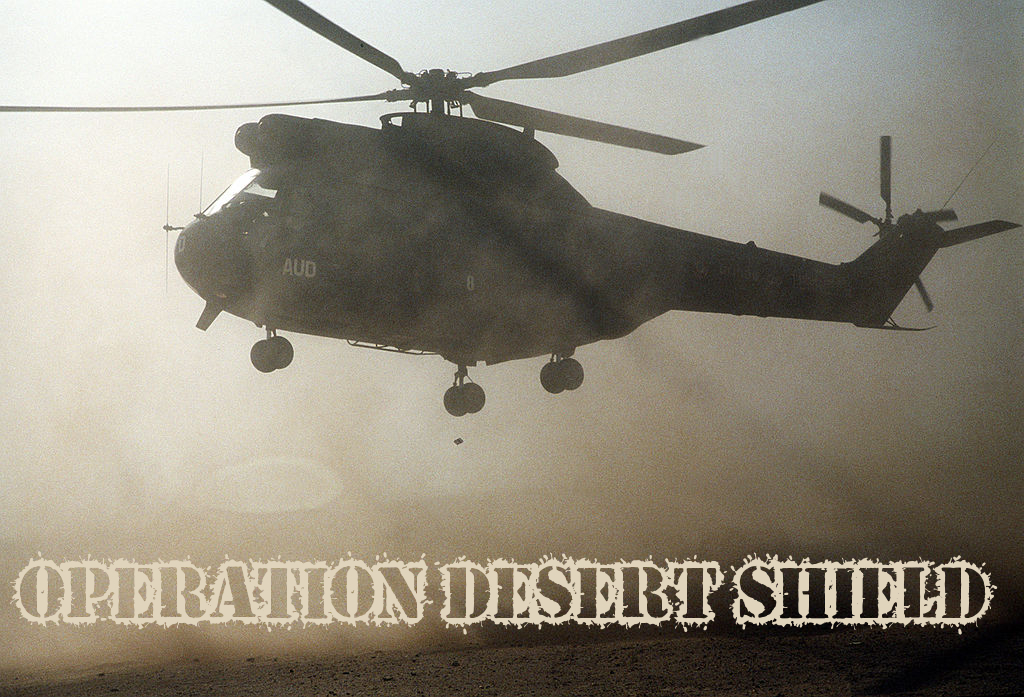 With this order, he issued the “first call-up of Selected Reservists to active duty for 90 days” (Source).

On August 2nd, Iraqi Saddam Hussein ordered his army to invade Kuwait. Condemning their ‘naked aggression,’ President Bush stated that he was considering his options. See, the US had been providing Iraq with massive military aid throughout the 8-year war with Iran. Thanks to US support, Iraq had the “fourth largest army in the world” (Source). Kuwait, on the other hand, was one of the U.S.’s greatest oil suppliers. Furthermore, Saudi Arabia, too, was threatened. It would be disastrous if it fell to Iraq, “Iraq would control one-fifth of the world’s oil supply” (Source).

On August 3rd, the U.N. told Iraq to withdraw from Kuwait. Hussein refused.

Three days later, Saudia Arabia requested America’s assistance. The following day, Aug 7, Operation Desert Shield commenced. “The First U.S. Forces arrived in Saudi Arabia, consisting of F-15 Eagle fighters from Langley Air Force Base, VA” (Source). These forces were accompanied by troops sent by NATO allies as well as other Arab countries, all wanting to guard against an Iraqi invasion of Saudi Arabia. In response, Iraq increased it’s forces in Kuwait to some 300,000 more troops, while declaring this a holy war. At the same time, he attempted allying himself to the Palestinian effort, “by offering to evacuate Kuwait in return for an Israeli withdrawal from the occupied territories. When these efforts failed, Hussein concluded a hasty peace with Iran so as to bring his army up to full strength” (Source).

On August 12th, the naval blockade of Iraq began; all shipments of oil were halted. The 12th also saw the first fatality of Operation Desert Shield, an Air Force Sergeant who was hit by a military truck.

On August 23rd (the day after President H.W. Bush signed the executive order), Secretary of Defense Dick Cheney called for an additional 25,000 Army National Guard personnel and Reservists. Then, on November 8 and 12, more troops were called up, and their stint lengthened.

On November 29th, the U.N. passed Resolution 678, giving Iraq a withdrawal deadline of January 15, 1991. Should Iraq fail to comply, the U.N. promised to uphold Resolution 660, which allowed for the use of force.

[Below: Helicopter lifts of in a cloud of sand] 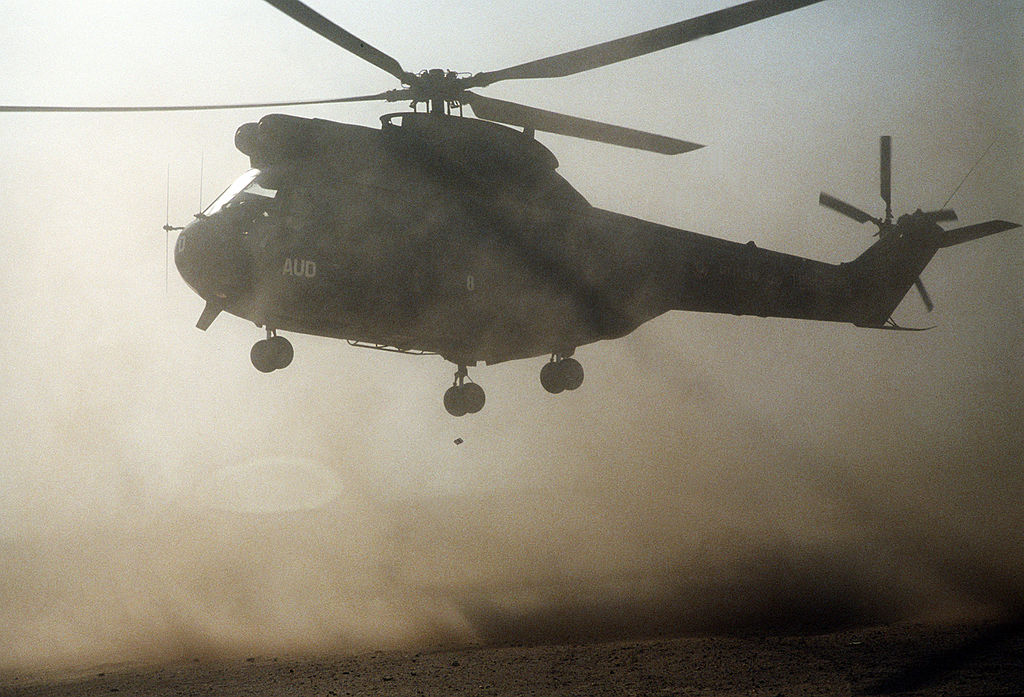