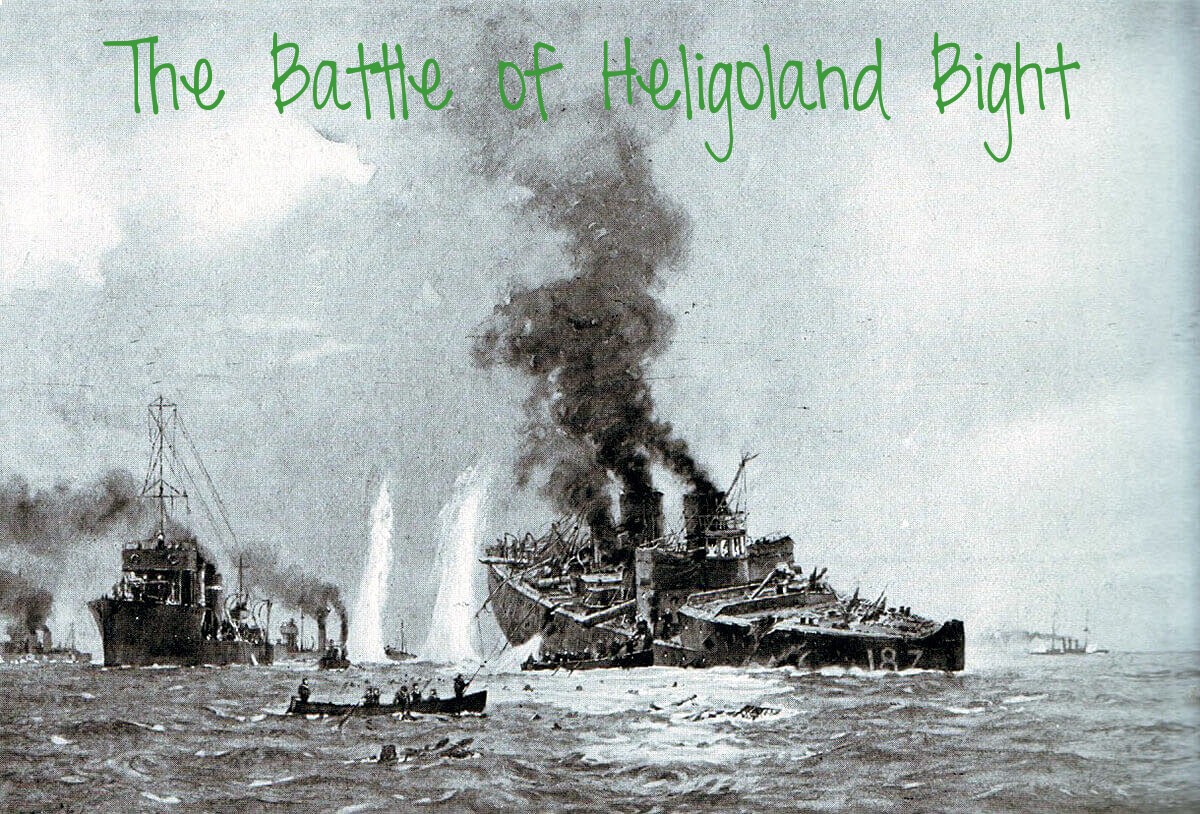 The Battle of Heligoland Bight

On August 28, 1914, conflict broke out between the British and the Germany Navies in the North Sea, at the Battle of Heligoland Bight. This was the first naval battle of the war, and the British Royal Navy designed it “as a means of attacking German patrols in the north-west German coast,” which served as the shelter of several German bases (Source).

Knowing that this was also a good location to start attacks against the British Isles, the British decided to make the first move, formulated by Commodore Roger Keyes. Unfortunately, the Navy didn’t see this as a high priority when Keyes initially conceived of it. Not, that is, until First Lord of the Admiralty Winston Churchill, received his post and requested a meeting to rehash the plans.

“Commander Reginald Tyrwhitt was given the task of leading a small fleet of British ships, including two light cruisers, Fearless and Arethusa, and a number of destroyers, into the bight in order to lure German ships to chase them out to sea, where a larger British force, commanded by Vice Admiral Sir David Beatty, would be waiting to confront them” (Source).

[Below: Fog during the Battle of Heligoland Beight] At around 7 am, on the 28th, Tyrwhitt’s force began the battle by sinking two German torpedoes. The Germans weren’t exactly surprised by the attack, and “hastily deployed the Frauenlob and the Stettin, joined shortly afterwards by four other light cruisers, including Rear Admiral Mass’s flagship, Koln” (Source).

Thanks to German preparation, the British soon found themselves outgunned. Additionally, the fog allowed the German Navy to better conceal themselves, allowing for better surprise attacks.

By 11:25, Tyrwhitt had to call on Beatty for “immediate assistance” (Source). Beatty was there with support by 12:40. With his aid, the British were able to down 3 German cruisers (the Mainz, Koln, & Ariadne) while badly damaging three more. In all, Germany suffered some 1,200 casualties. Britain, by comparison lost 35 sailors, and not a single ship.

Germany was greatly intimidated by their early Naval defeat. In fact, Kaiser Wilhelm decided that it was best to keep the Navy as a defensive weapon. As the war would continue, their greatest weapon at sea would be the infamous U-boats.

In Britain, meanwhile, the battle had greatly enhanced Beatty’s reputation as a fighting seaman. As a result, he was named Commander of the Grand Fleet by Admiralty Churchill. 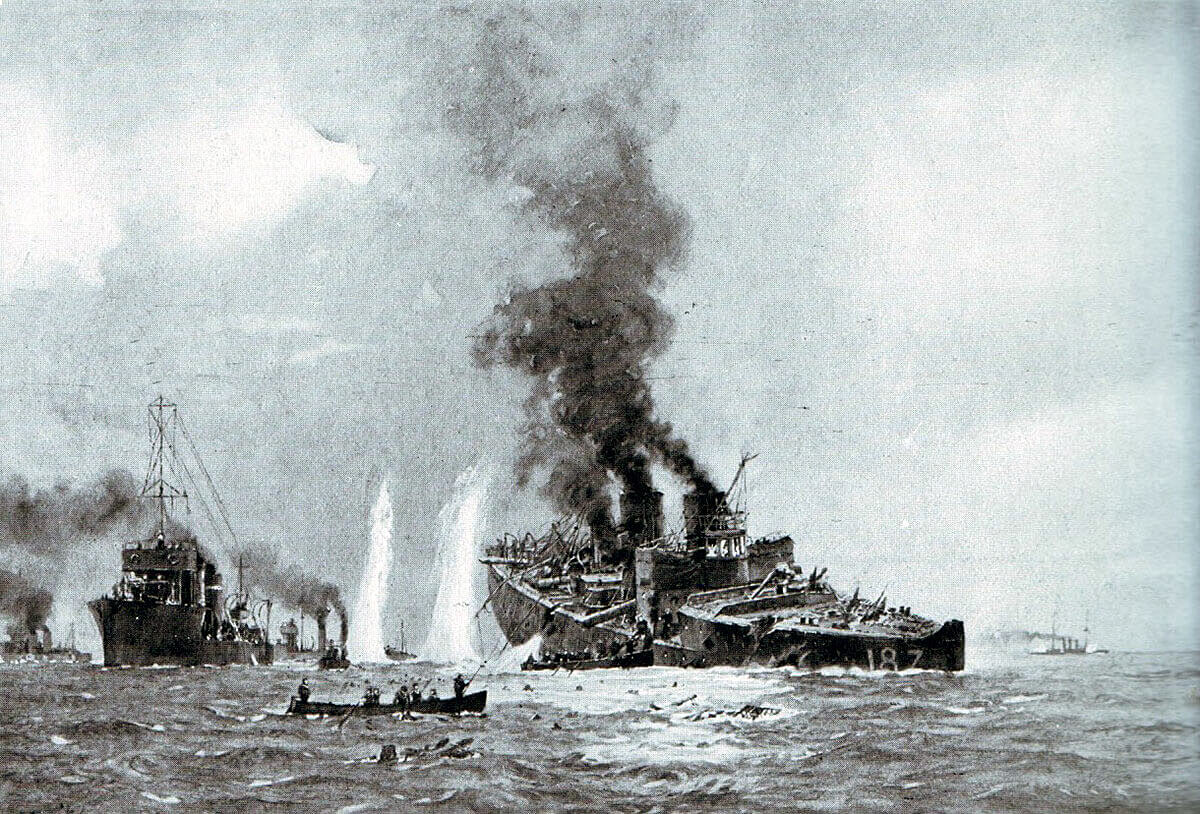