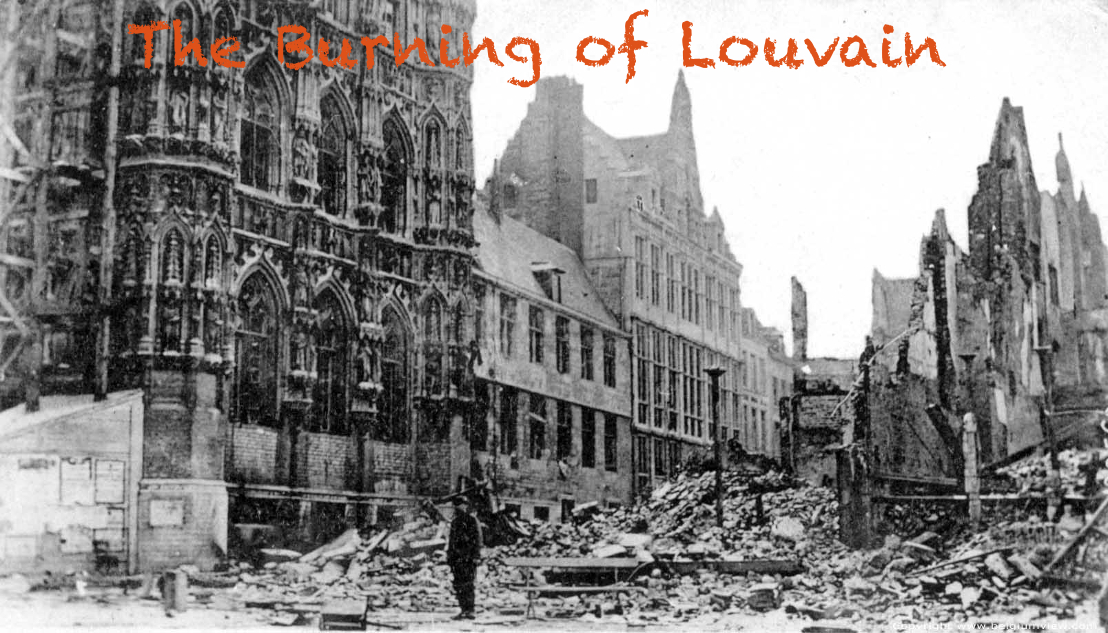 To go along with yesterday’s burning of the Capitol in 1814, 100 years later, on August 25, 1914, during WWI, Germans burnt the Belgian town of Louvain to the ground. Over the course of five days, the German army burnt and looted Louvain and, in the process, executed hundreds of its citizens.

On August 23rd, a similar massacre occurred in Dinant, Belgium. Here, Germans soldiers murdered some 674 civilians. But then, a Belgian army attacked the 1st German Army in Dinant (commanded, you’ll remember, by Gen. von Kluck). This pushed the Germans back towards Louvain.

Louvain became the symbol of German brutality. Belgium had been neutral in the initial onset of the war. That is, until German troops marched through on their way to occupy France.

[Below: Picturesque Louvain before Germans set fire to the entire town.] 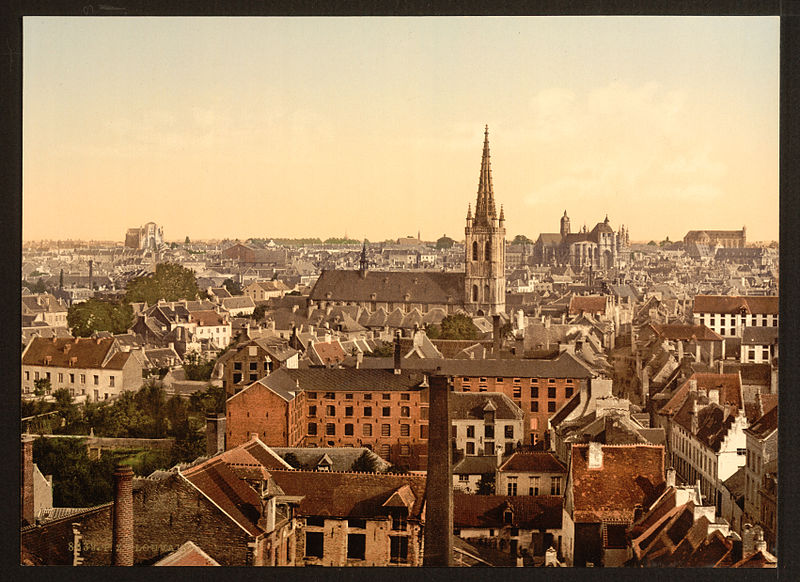 But, oh, the Germans did not just march. No, they “looted and destroyed much of the countryside and villages in their path, killing significant numbers of civilians, including women and children” (Source). The Germans, however, claimed that what they were doing was justified because of the civilian resistance.

Louvain, Belgium fell to the Germans on August 19, 1914, “as part of the German strategy to overrun Belgium” (Source). At first, the occupation seemed to be successful. But then, on the 25th, the Belgians attacked, advancing towards Antwerp. Initially, they were successful.

Two different stories emerge here. The Germans claimed that Belgian civilians fired on the Germans (perhaps sending a signal to the Allied troops). The Belgians, however, claimed that, in the darkness, the Germans accidentally fired on themselves. Whichever version of the story is true, the Germans used it as an excuse to set an example (sound familiar?). Louvain would be punished.

Louvain would spend the next five days burning. “It’s library of ancient manuscripts was burnt and destroyed, as was Louvain’s university (along with many other public buildings). The church of St. Pierre was similarly badly damanged by fire” (Source).

A New York Tribune reporter, Richard Harding Davis, was an observer of the tragedy. On August 30th, from London, he wrote a harrowing description of the brutality. “For two hours on Thursday night I was in what for six hundred years has been the city of Louvain. The Germans were burning it, and to hide their work kept us locked in railway carriages,” he wrote (Source). As his report, and others, spread across newspapers and the incident was confirmed, citizens around the world were struck with horror at the crime. The Germans had proved themselves to be true barbarians.

[Below: A destroyed Louvain]