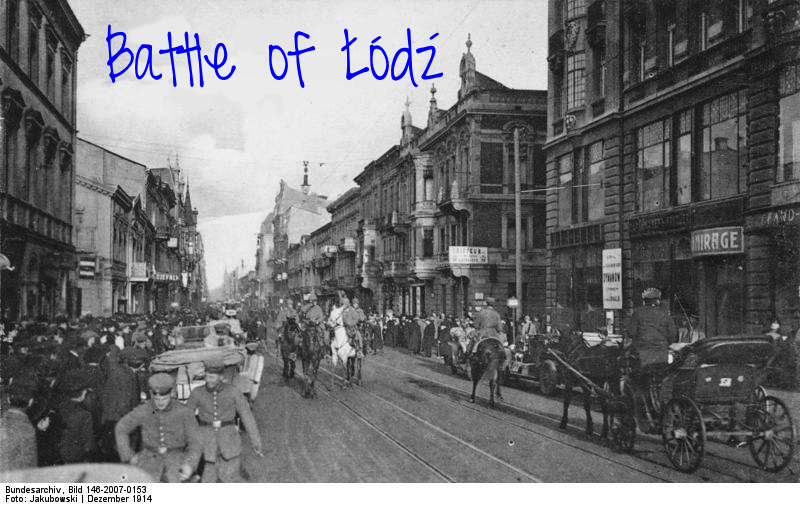 The Battle of Łódź began on November 11th, as the newly formed German 9th Army, under the command of General August von Mackensen, was sent to attack the Russian armies, in part to prevent a Russian attack on Central Germany and in part to bring aid to the Austrians.

Meanwhile, the Russian 1st Army, under the command of Paul von Rennekampf, was advancing “in conjunction with the Second Army, and was [spreading] on a long line facing East Prussia” (Source). They intended to attack the German Second, Fourth, Fifth, and Ninth German armies west into the industrial region of Silesia.

But the Germans had long since been intercepting Russian plans via radio transmissions. So, to counter the Russian’s counterattack, the German Generals Paul von Hiddenburg and Erich Ludendorff planned to attack right between the Russian First and Second armies met.

Initially, the Germans were very successful. Not only did they crush the First and nearly surround the Second, but they also managed to take some 12,000 Russian prisoners. The Germans pushed the Russians back 50 miles.

But as the week wore on, the Germans’ luck waned while the Russians’ seemed to pick up. On the 14th, the Russians began their advance on Silesia. “But, by the 16th, the Russian general staff, realizing the dangerous position of the First and Second Armies, halted the offensive” (Source). But, of course, the Russians weren’t merely giving up.

No actually, the Russians instead brought in back up. On November 18th, the Second Army was joined by the Russian 5th Army. But, by the time they hit the German flank, the weather was appalling, “with temperatures plummeting down to -12C” (Source).

[Below: Germans marching into Poland] 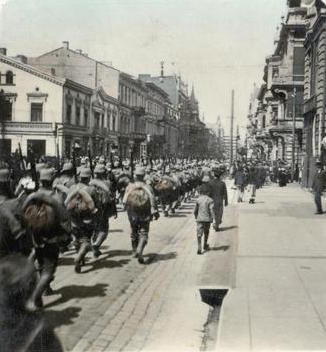 In the ensuing battle, the Russians drove the Germans back some 30 miles in just one day. Before too long, they completely enveloped the Germans in Łódź. Meanwhile, the Germans that were struggling to escape to the north were cut off just north of the city. Captured German prisoners were rapidly “pouring into Warsaw, including men of the Prussian Guards.” (Source). Worse met, many of these men were suffering severely from frostbit, many of the maimed and disabled. By December 6th, the Russians had completely evacuated Łódź and many parts of western Poland.

But the Germans fought back and throughout the next week, neither side was able to take the advantage, despite all of the Russian advances. “While the battle was technically a Russian victory, the Germans achieved their aim, and the Russians withdrew, never again to come so close to German soil” (Source).

All in all, the Germans took some 136,000 prisoners but suffered 35,000 casualties of their own. Meanwhile, the Russians suffered 90,000 casualties. Additionally, General von Rennenkampf was “relieved of his command of the First Army” (Source).

[Below: Łódź in Russian Poland] 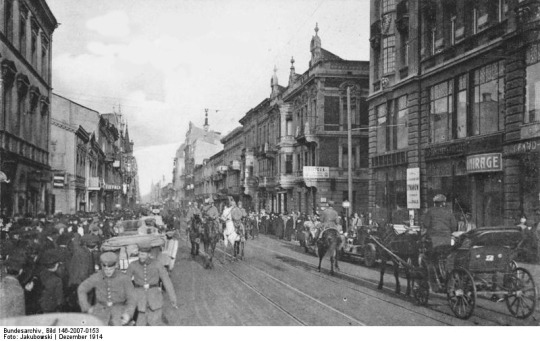