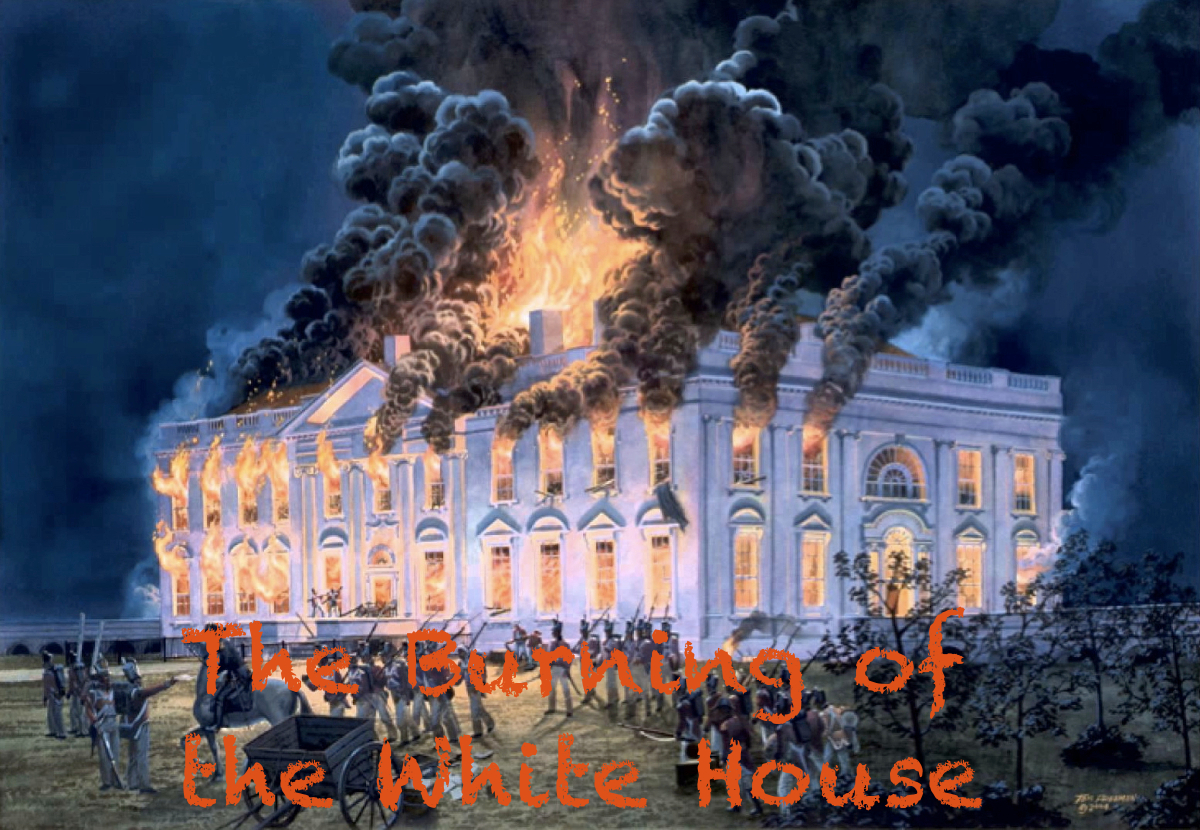 The War of 1812 – fought between the Americans and the British – was in full-swing. And, on the British chose this day to take revenge for an earlier American attack “on the city of York in Ontario, Canada, in June 1812” (Source).  After their victory at the Battle of Bladensburg, the British, led by Major General Robert Ross burned down not just the Presidential Mansion, but also other government buildings, including the Capitol Building, The United States Treasury, and the United States Department of War. Thankfully, records from the last two had previously been removed, so nothing vital was lost in the fires.

Thankfully, the 4th President, James Madison, and his wife Dolly were able to flee to safety before the attack. On the 22nd, President Madison actually traveled “to meet his generals on the battlefield, just as British troops threatened to enter the capitol” (Source). Meanwhile, the First Lady was told to gather all the important state papers and be ready to flee at a moment’s notice. Before fleeing, Dolly also managed to save the full-length portrait of President Washington. To do this, she ordered it’s frame to be broken, then rolled the portrait for easier travel.

[Below: The Burning White House] 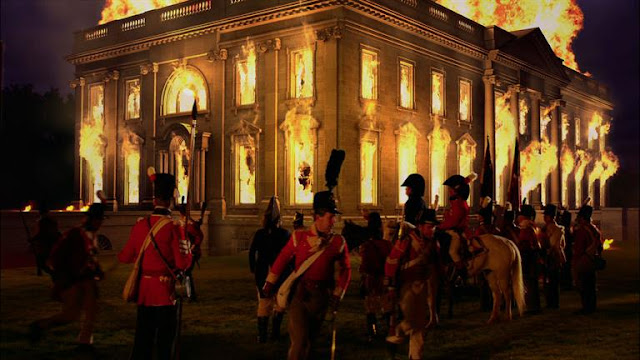 Once the British soldiers arrived, they “reportedly sat down to eat a meal of leftover food from the White House scullery using White House dishes and silver before ransacking the presidential mansion and setting it ablaze” (Source). Reportedly, the flames were so bright they could be seen from 50 miles away.

Less than a day later, a giant thunderstorm put the flames out.

The Madisons returned to Washington three days later, but were never able to live in the White House again. Instead, President Madison finished his term at the Octagon House. In 1817, a newly elected President James Monroe moved into the newly reconstructed building.

To date, Britain is the only country to manage capturing the American capitol.

[Below: The Octagon House]