Polls cover a wide variety of subjects and are meant to get people involved in discussions. Like it or not, many Americans are either afraid or too lazy to Vote. Over half of America thinks their Votes do not count. Guess where they goit that idea from? Talk about being conditioned and brain washed. They cannot change the system without attracting attention. So change the way people view, understand, and react with the system to get what you want. The GREATEST THREAT America faces is giving up hope on the system guaranteed by the Constitution of the United States of America. A Section on that will be added SOON.

Although people may be afraid to Vote, are convinced their Votes don’t count, if nothing else the American Public is stuck on opinions. Hence – introduce Opinion Polls. Get people used to pressing a button on an Opinion Poll and the next thing you know; people will be Voting. Voting Results will be sent to Washington. Washington will see People are thinking, keeping an eye on what is going on in Washington. And that fear will shift form the People to the Representatives – WHERE FEAR BELONGS. Representatives should fear the loss of their jobs when they neglect their duties to the American People. 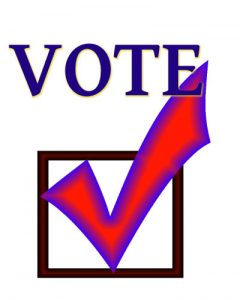 Let’s begin with a few Polls and go from there. Poll results and comments will go no further that this site, and where ever you decide to share those posts. Leave a comment. Look at the results. Share with your friends and family. ALWAYS BE RESPECTFUL OF OTHER OPINIONS. Let’s have some fun. Then put a little effort into putting the control of this country back in the hands of the American People. Look at the Vote on Bills Section. Learn what is current in Washington. Every Government in this world will either FEAR or Respect an educated public. I can tell you this. Washington neither fears nor respects the American People. We HAVE to Change that.