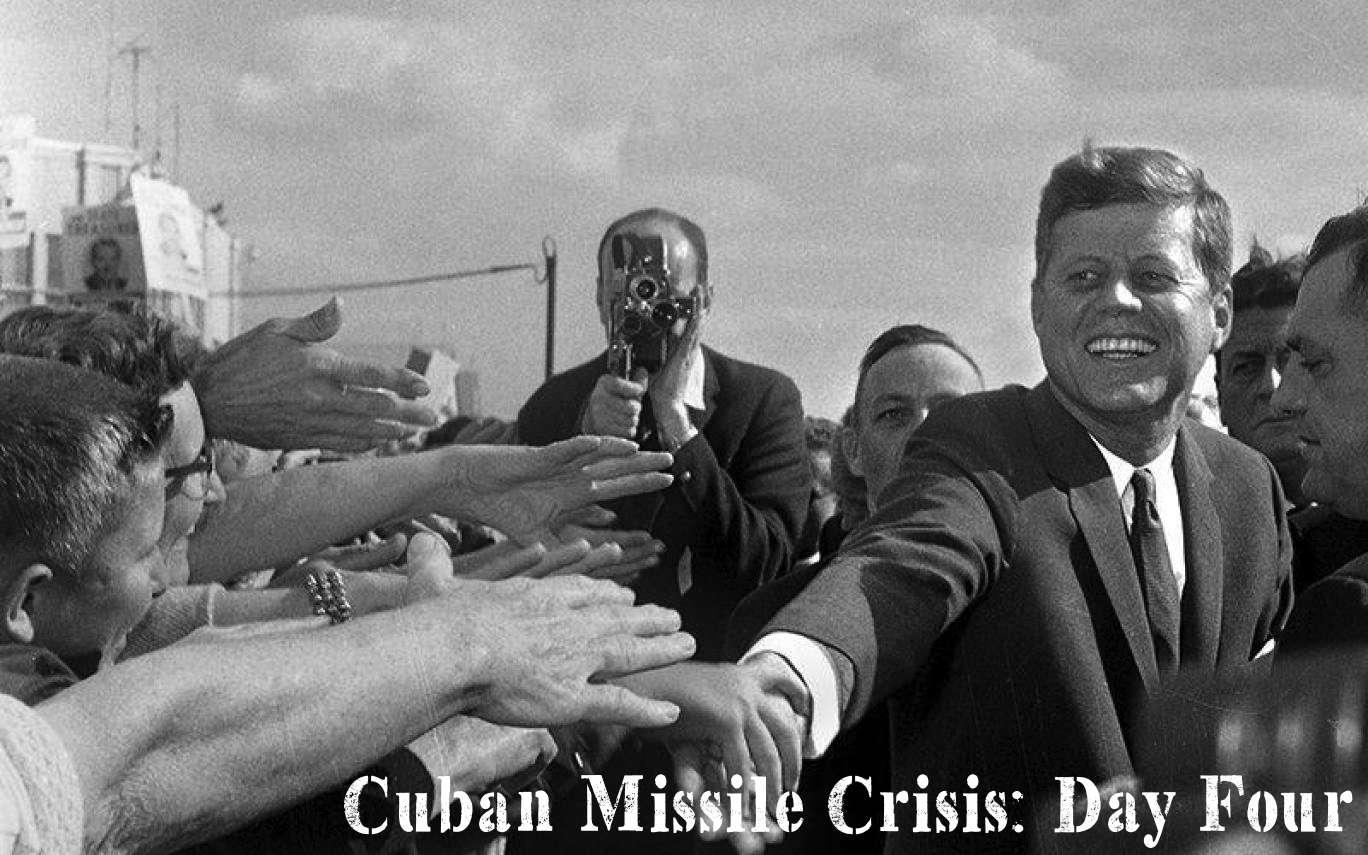 Friday, October 19, 1962: President Kennedy leaves for a scheduled campaign trip to Ohio and Illinois. In Washington, his advisers continue the debate over the necessary and appropriate course of action. Before President Kennedy left the White House, he made his brother, Bobby, promise to call him “if and when he should cut short his trip and return to Washington” (May 123).

“We meet all day Friday and Friday night” (Kennedy 37).

Listen: 9:45 am Meeting with the Join Chief of Staff

May, Ernest R, and Philip D Zelikow, editors. The Kennedy Tapes: Inside the White House During the Cuban Missile Crisis. New York: Norton, 2002.