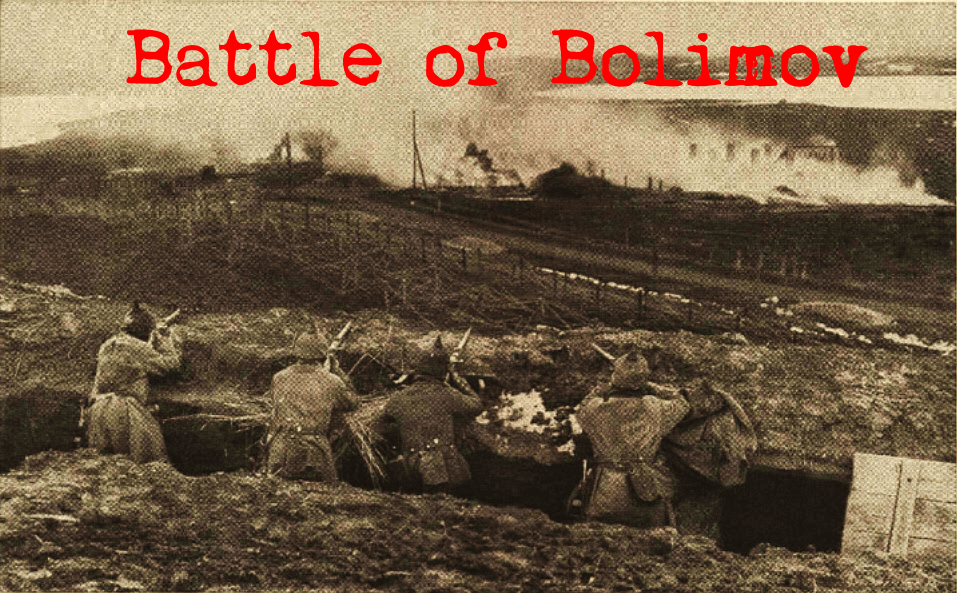 Fought between the German Ninth Army led by August von Mackensen and the Russian Second Army led by Smirnov, the Battle of Bolimov began on January 31, 1915 as an attack against Warsaw. However, the battle itself took place in a small town to the west of Warsaw, in Bolimov.

The Germans chose Bolimov because they hoped “to draw Russian attention towards Warsaw and away from East Prussia, where large [German] armies were gathering in preparation for the attack” (Source). Overall, their decision had mixed results.

For starters, part of the German Ninth Army had already moved on to new positions, wanting to protect their right flank from the upcoming offensive. The rest of the army, then, was left to launch the attack against the Polish at Bolimon, on the Rawka River (a tributary of the Vistula).

See, the Germans had fired 18,000 gas shells of xylyl bromide (tear gas). Following this, General Hoffman climbed a Bolimov church tower, eager to watch the results of the attack. Admittedly, it was mostly experimental in nature, but the Germans probably didn’t plan on it being quite so unsuccessful.

Secondly, the Germans weren’t prepared for the gases to be blown back over their own lines. In this case, they were probably grateful that thanks to the freezing temperatures, the gases fell harmlessly to the ground. It seems that the Russian didn’t even realize the Germans released a new weapon.

Now, the gas attack itself may have been a failure, but their attempt to draw the Russians away from Warsaw wasn’t.

At first, the German attack was called off because of their failure. The Russians, however, “launched a number of heavy frontal counterattacks by some 11 divisions (led by Vasily Gurko)” (Source). The Germans responded with ease, and the Russians, in turn, suffered as many as 40,000 casualties with the return fire.

So, it was a German victory, after all, gas attack or no.

They wouldn’t attempt another gas attack until April, when the weather had a bit of a chance to warm up some. And the Second Battle of Ypres is more wildly remembered. 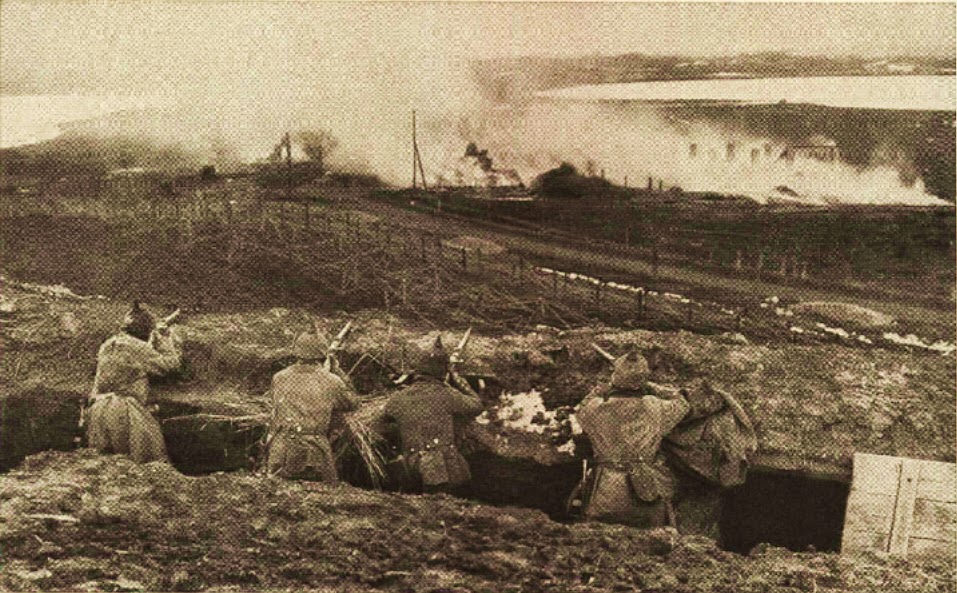