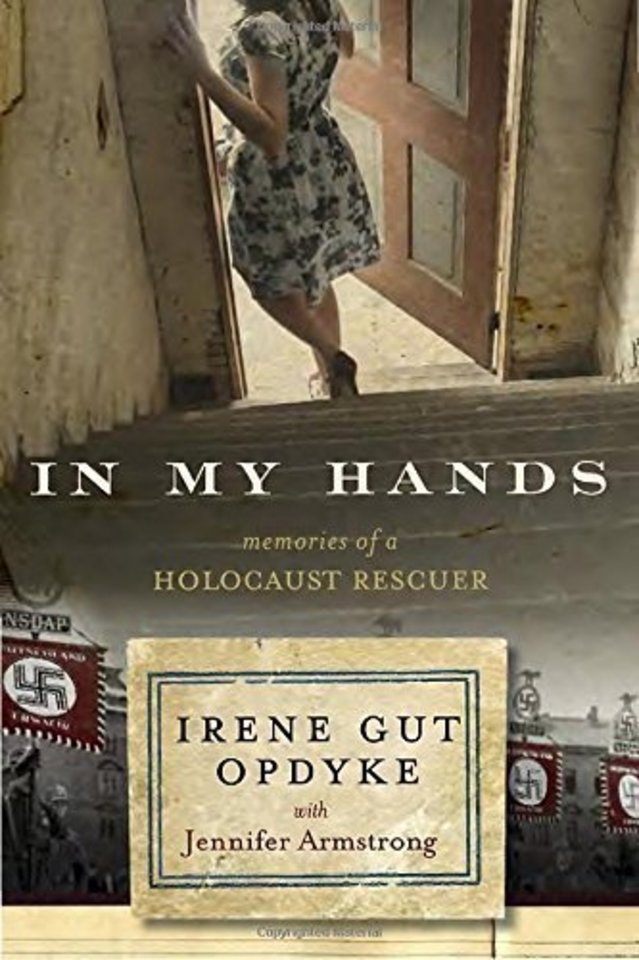 Set in Poland during WWII, In My Hands is the memoir of Irene Gut Opdyke, who helped rescue Jews during German occupation of Poland.

In My Hands is truly an amazing account of a real young women – only in her early 20’s – who was actually willing to sacrifice everything for someone else. And Irena experienced it from both ends. Remember that the invasion of Poland by Germany started WWII. But a mere 17 days later, the Soviet Union also invaded Poland; this beautiful country was divided in half. And Irena was one of the poor souls who was stuck on the Soviet side, working as a slave in a hospital. Because what else do you call someone who is forced to work with no pay?

Yes, Irena got lucky time and time again. A Polish doctor helped her escape from the hospital and she stayed with his aunt for a year. And the German cook she worked for, Herr Shultz, protected her. I guess we’ll never really know whether or not he knew what she was doing. If he did, he looked the other way. Not every German would have done that. And then Major Rügemer, without realizing it, provided her with the perfect hiding place for so many Jews. Even when he [spoilers!] found out himself, he saved her.

So, yes, she got lucky time and again. But she was also captured by the Soviets on several occasions and only managed to survive because she was able to escape. But the point to focus on is that she was willing to sacrifice everything for someone else – and for her country. How many people today are willing to do the same?

So, do you want a real-life story about self-sacrifice? About someone who hid the Jews from the Germans – right under their noses? Then this is definitely a book worth checking out.

Goodreads: In My Hands: Memoirs of a Holocaust Rescuer