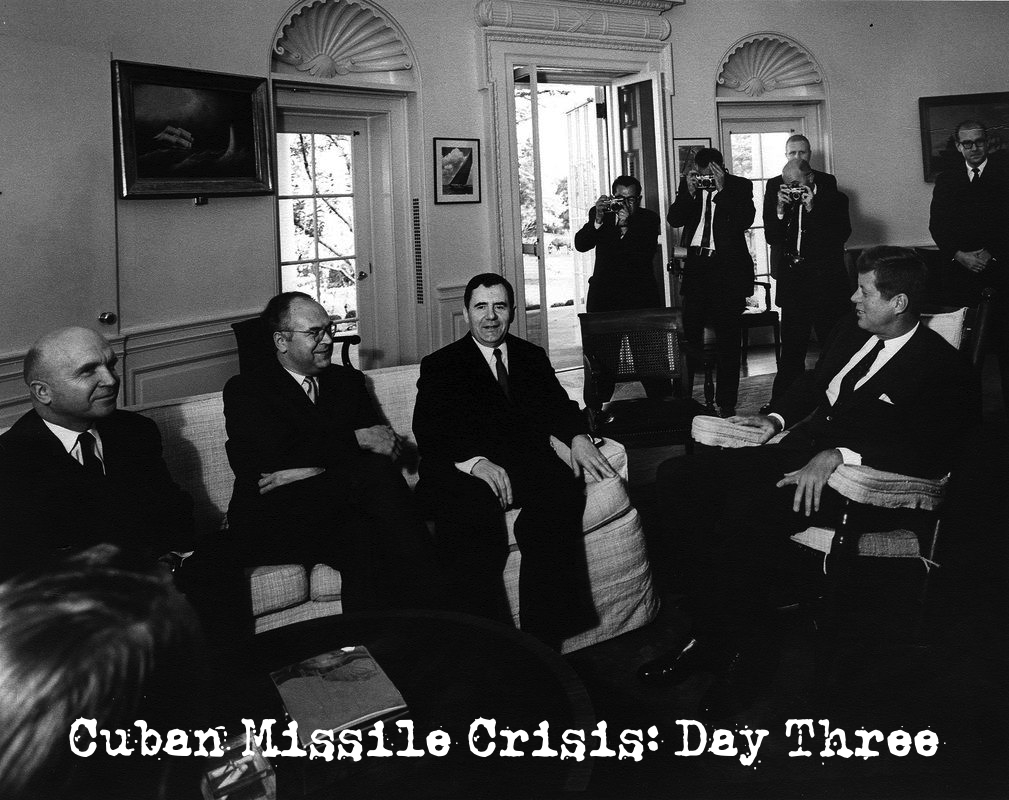 Thursday, October 18, 1962: President Kennedy met with Soviet Foreign Minister Andrei Gromyko (yes, Thirteen Days states this happened on Wednesday, the 17th). Kennedy, as was agreed upon earlier, refrained from letting Gromyko know that he knew about the missiles in Cuba.

Gromyko asserted: “Soviet aid to Cuba is purely defensive and does not represent a threat to the United States.”

Kennedy then read his warning from September 4th, reminding Gromyko that “gravest consequences” should Soviet offensive weapons appear in Cuba.

Meanwhile, Kennedy’s ExComm Cabinet members met, discussed, and argued over what their best course of action would be. Eventually, they landed on two major decisions: A military action or a blockade. The memo above intends to explain their options and who stood where on each point.