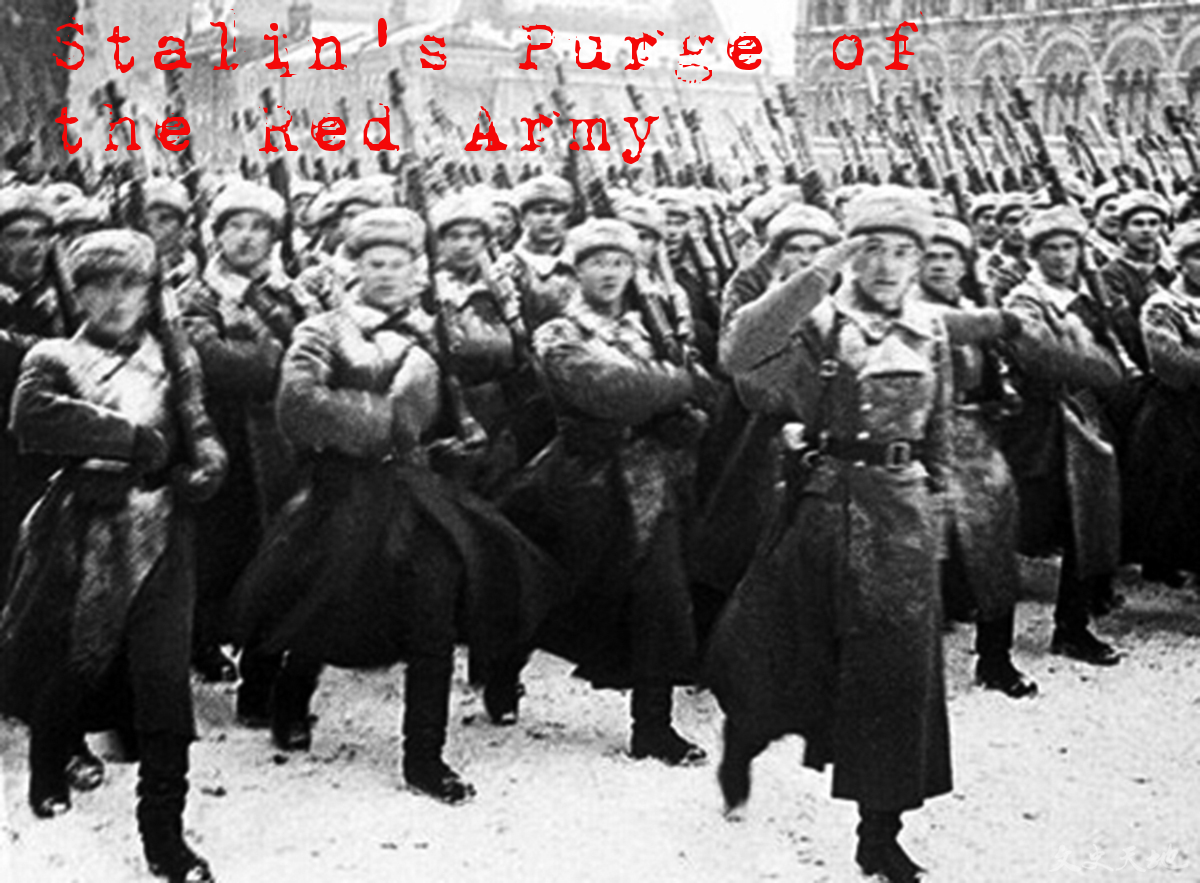 It’s another short post, guys. And there is an inordinate amount of quotes this time around as well. Unfortunately, this is a rough post. Sorry about that. Maybe, hopefully, next week’s will be longer (and better)!

On June 11, 1937, Stalin sentenced “some of the most senior officers in the Red Army to execution” (Source).

Supposedly working alongside Nazis to coordinate a military-fascist plot of sabotage and espionage, wanting to “overthrow the Stalinist regime” (Source).

“The sentences – carried out just hours later – marked the point when Stalin’s military purge burst into the open and sparked nothing short of international scandal. [Stalin] was decapitating his military at the very moment that Europe was bracing itself for total war” (Source).

Marshal Mikhail Tukhachevsky was among the men found guilty. They were all sentenced to be shot. But they were innocent.

This did not stop the purge, however, and it continued it’s course through 1938, some 30,000 men were discharged, “thousands were arrested and executions were widespread” (Source).

[Below: Mikhail Tukhachevsky (left) and the marshals of the Red Army in 1935]

Tukhachevsky was the army’s greatest strategist and, above all else, extremely loyal to Stalin and his politics, even the most repressive acts. He even fully backed Stalin’s collectivization of agriculture – the seizure of private property and land by the government that cost anywhere from 6,000,000-13,000,000 deaths. These resources were meant to be funneled into the Red Army. However, many peasants understandably revolted with mass violence and were, thus, thrown into “a sprawling network of gulag camps” (Source).

On the whole, actually, none of the officers who were executed showed any kind of opposition. However, “officers were denounced by their own soldiers” (Source). There reasons were various. Some were afraid of the consequences if they did not denounce someone. Others held on to past grievances and decided that this was the perfect time to seek revenge. What is clear here, is that the purge had gotten out of hand.

If  Stalin’s primary concern was actually about maintaining his position as dictator, then launching a military purge throughout the Red Army “in such a dramatic (and ultimately uncontrollable) fashion” was not only extremely risky, but awfully foolish (Source). Especially with a second world war on the horizon and so many other dictators hungry for world domination. So, then, “why were tens of thousands of army leaders subsequently drawn into a mass purge?” (Source). Surely, Stalin could not have believed that this was the best way of maintaining his own power. The strength of his own military should have been paramount in the face of other domineering dictators; when the Soviet Union – like most of Europe – was facing the threat of occupation from another source. If anything, his decision to purge some of his brightest and most loyal only threatened his own position in the face of like-minded world powers, such as those of Mussolini and Hitler.

“The impact of the military purge must be seen alongside serious intelligence failures leading up to the German onslaught as well as Stalin’s stubborn refusal to accept the reality of the danger facing the Soviet Union” (Source).

However, this was hardly the first, nor the last example of violence within the army of the U.S.S.R. From early on, there was a long history of suspicions of loyalty and reliability. Additionally, they were constantly drumming up “cases of supposed counterrevolution and espionage in the ranks” (Source). Clearly, someone was feeling a bit paranoid.

Eventually, Stalin himself did review the charges and Tukhachevsky was reinstated.

[Below: Russian soldiers parade on the Red Square.]