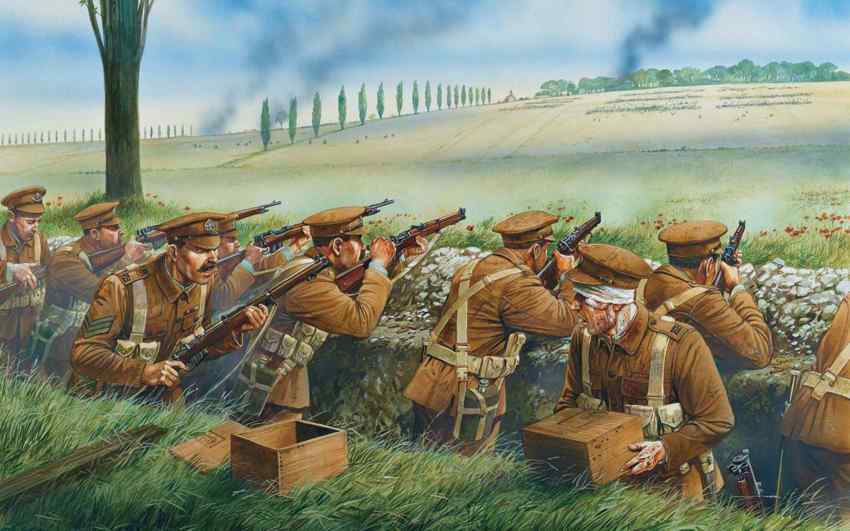 On August 23, 1914, Europe saw its first battle of WWI. This was the “first confrontation on European soil since the Battle of Waterloo in 1815” (Source).

Four divisions of the British Expeditionary Force (BEF), under the command of Sir John French – as confusing as that is – battled against the German 1st Army “over the 60-foot-wide Mons Canal in Belgium” (Source). This was the last in a series of four battles known as the “Battles of the Frontiers” that took place in the opening days of WWI. Under the command of Gen. Joseph Jeffre, the French fought the first three of these battles in Lorraine, Ardennes, and Charleroi. Initially, the BEF and the French 5th Army were meant to fight together at Charleroi, all under the command of Charles Lanrezac. However, thanks to a delayed start – not to mention poor “relations” between the French and Lanrezac – it ended up as two separate battles at Charleroi and Mons (Source).

The day before the battle, the BEF encountered the German First Army at Soignies. French made immediate plans to attack. His plan was to have his five divisions take defensive positions at Mons Canal.

Even more surprised than French, was German Gen von Kluck. Von Kluck and his 1st Army had just finished battle at Sambre against Lanrezac.

Now remember, The BEF at Soignies comprised of only two corps (each with two infantry divisions) and one cavalry. This totaled some 70,000 troops with a mere 300 guns.

But the Germans? They had four corps and 3 cavalry divisions, comprising of 160,000 men and some 550 guns. It’s quite clear the superiority the Germans held. However, they didn’t make use of this superiority.

Van Kluck had previously been warned not to outflank the BEF because they were meant to meet up with a second Army.

So what did he do?

“On Sunday August 23, as church bells called the faithful to mass, a German cavalry patrol approached the canal: The British opened fire at dim shadows in the dawn mist. The battle of Mons had begun” (Source). German guns returned fire, focusing their aim on the “northernmost point of a salient formed by a loop in a canal,” realizing that the British position by the loop left the vulnerable (Source). 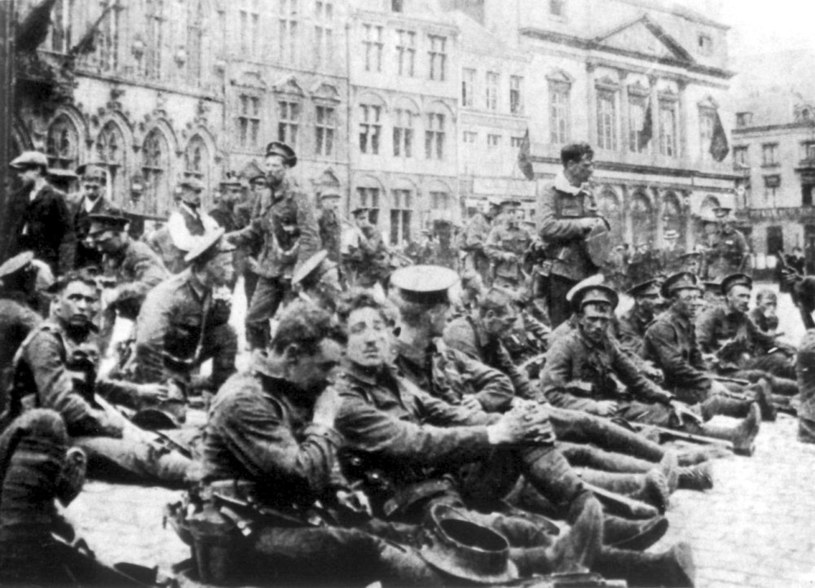 The British underwent six hours of this bombing. But, their precise machine gun fire did do much to, at least, annoy the Germans. The British had one thing on their side, these men were experts.

Then the German infantry began to advance, “as though on parade for the Kaiser in Berlin” (Source). Led by Captain Walter Bloem, the 12th Brandenburg Grenadiers marched out of the woods, only to encounter a set-up of little British fortresses. It was here that they discovered the distinctive sound of machine guns. They had just happened upon the 1st Battalion Queen’s Own Royal West Kents. Turns out, they were the ones responsible for the damage!

At noon, the Germans were joined by more units. On top of more manpower, they’d since learned how to smartly fight the British: they rained “shells from cannons and howitzers” on the heads of their enemies (Source).

Between this change of tactics and their added men, it became clear that the British did not have a fighting chance. They were clearly outnumbered. The Royal Fusiliers at Nimy Bridge had the worst of it. “For two hours Private Sidney Godley single-handedly manned the machine-gun, despite shrapnel in his back and a bullet wound to his head. Both Dease and Godley were awarded the Victoria Cross, the supreme award for valor: the first VCs of the war” (Source).

Eventually, though, the Germans forced their way across the canal. The British were pushed further and further back, digging shallow trenches or firing through “loopholes” in walls; they stared up their fire again.

Then, to their great surprise, at 8 pm, the Germans called for a cease-fire.

Meanwhile, French received news of General Lanrezac and the Fifth Army’s retreat at Charleroi. This left the British in complete danger of German envelopment. Thus, French had no choice but to call for the retreat of his own men.

But, that evening von Kluck resumed the offensive. Realizing the true strength of the German First Army, French called for further retreat of Smith-Dorrien and Haig.

Moral plummeted with their retreat. Food, water, and rest were all in short supply. Many soldiers slept as they marched. “More field guns were abandoned than at any time since the War of Independence in America” (Source). Worse yet, some units even lost all sense of  unity and reason. “One officer was so spooked, he started firing his revolver at imaginary Germans in the street” (Source). All of this, and more, was the fault of their commander, Sir John French, and man wholly unfit to command.

While the British may have retreated, they still managed to hold back the Germans for an entire day. Back home, the battle reached mythic proportions, painting the lost lives as heroes. Over time, their loss became more of a victory. The truth, though, was that the battle only gave the Germans more confidence as they carried on their advance through Belgium. Before long, they would hold control over the industrial control of both nations: coal, iron ore, factories, railroads, and rivers.

German anywhere from 2,000-5,000 casualties (depending on who is estimating).

[Below: British in trenches]

Up Next: First Battle of the Marne