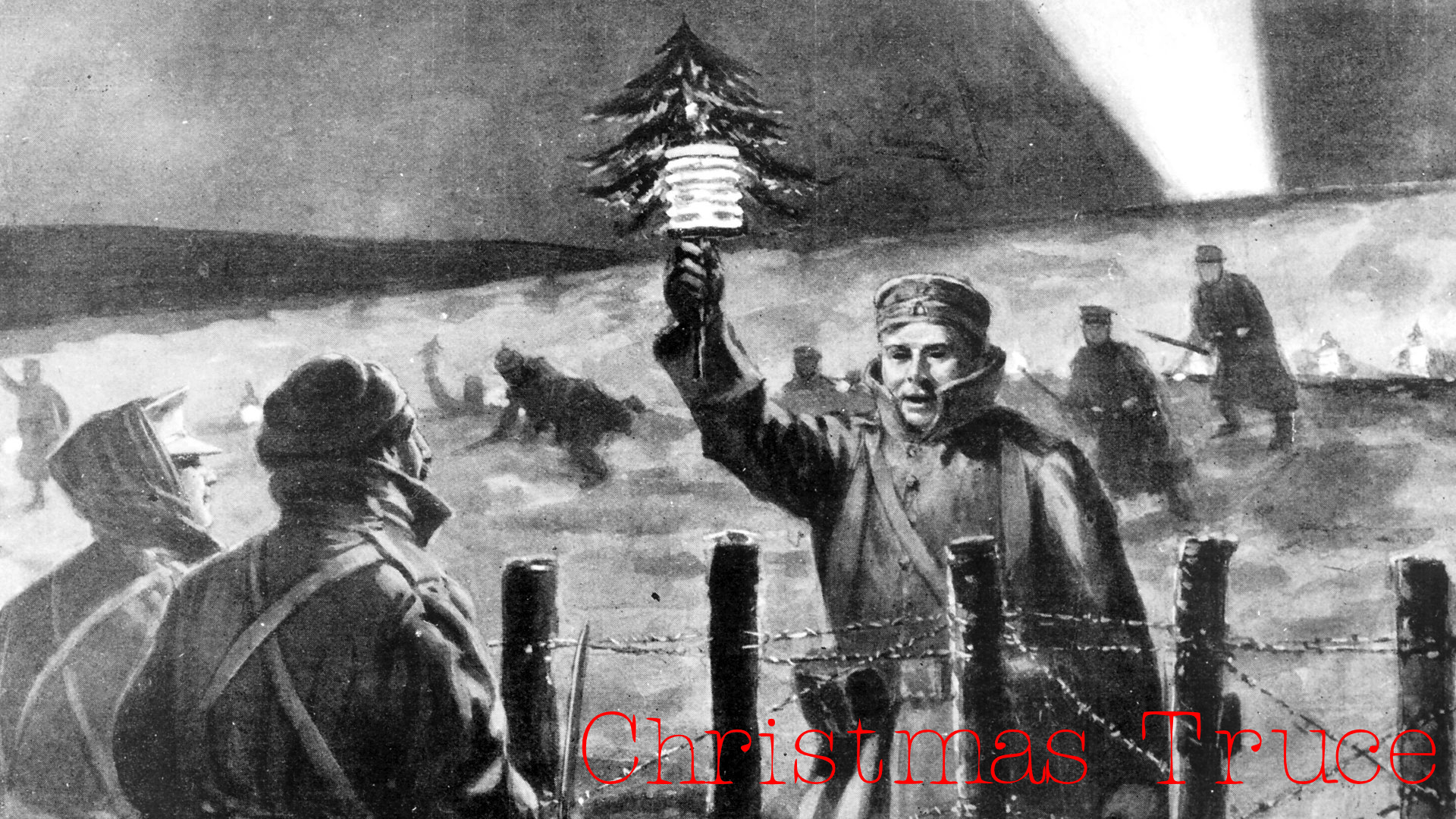 A short and kinda rough post. But it’s such a sweet, hopeful story.

It started on Christmas Eve. All along the Western front, 100,000 soldiers laid aside their rifles – British, German, French, Belgian. Troops sang Christmas Carols together “and at certain points, the Allied soldiers even heard brass bands joining the Germans in their joyous singing” (Source). In Ypres, German troops decorated their trenches with candles and Christmas trees.

On the dawn of Christmas morning, German soldiers crawled from their trenches and called out “Merry Christmas” to their enemies in their native languages. Predictably, the Allied troops “feared it was a trick, but seeing the Germans unarmed, they climbed out of their trenches and shook hands with the enemy soldiers” (Source). Interestingly, Hitler was part of the truce but was, predictably, opposed to it.

[Below: Men eating in their trenches]

The men exchanged gifts: cigarettes, food, alcohol, hats, buttons, etc. Some sources claim they may have even played a game of soccer (or football, since it is Europe). Both sides were able to bury their fallen combatants and joint services were held.

In some places, the truce continued through Christmas. In others, through New Years Day.

“The truce has been remembered as a testament to the power of hope and humanity in a truly dark hour of history” (Source). That Christmas, even in the trenches, it really was a silent night.