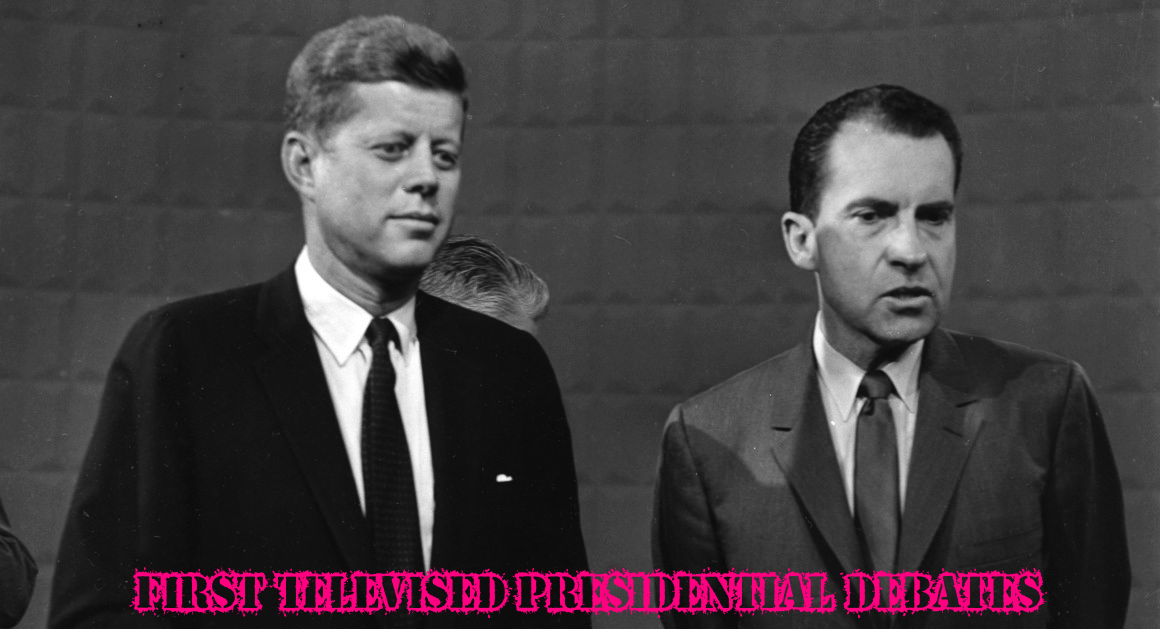 I’m not sure why these Today in History posts have a tendency to be the same subject. It certainly isn’t planned that way . . . except that I’m trying really hard to write all History Series posts in chronological order. And, well, this showed up on both history.com and The American Presidency Project. (If it’s any consolation, tomorrow is a major WWII event).

Anyways, on September 26, 1960, the first ever televised presidential candidates debate took place. And given the date, we can guess that this debate occurred between Vice President Nixon and Senator Kennedy. It was the first of 4 debates between the two.

Meeting in Chicago for the debates, the two discussed domestic issues including:

Additionally, “both candidates gave an eight-minute opening and a three-minute closing” (Source).

This was a major turning point in American politics. See, prior to this, Americans rarely had the opportunity to see and hear presidential aspirants – except maybe on the radio. For poor Nixon, this was a big kick to his ego. Not to mention his career. At least for a time. After his four debates with Kennedy, he never agreed to another debate again. Neither, in fact, did President Lyndon Johnson. Actually, there was not another presidential debate until 1976 – this time between Presidents Gerald Ford and Jimmy Carter.

But, for the time being, both candidates came away knowing that they would have to work hard and prepare for the following debate, which was to take place on October 7th.