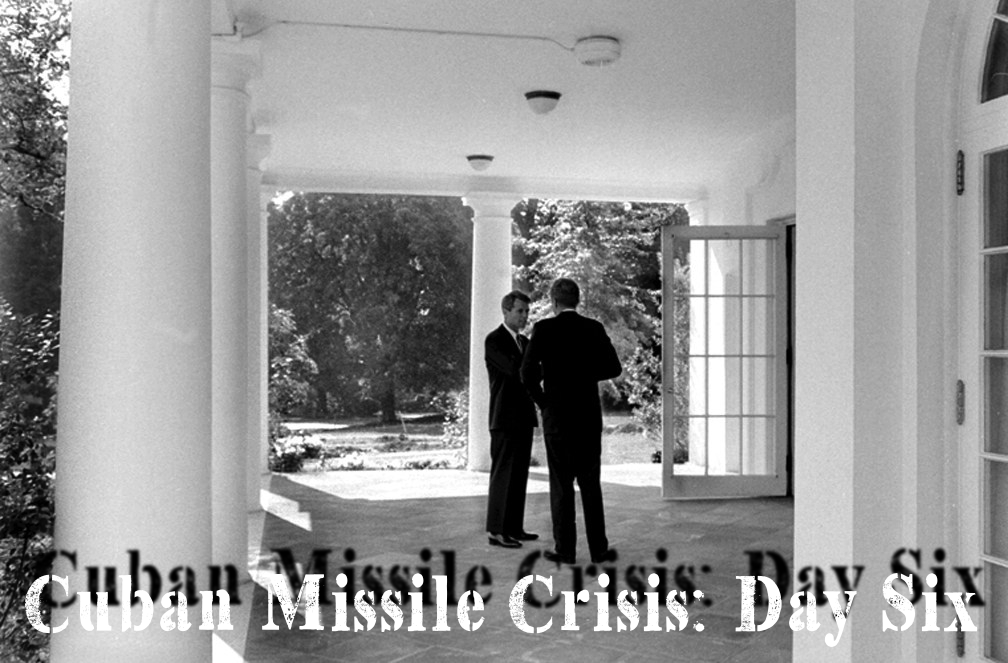 Sunday, October 21, 1962: After attending Mass at St. Stephen’s Church with Mrs. Kennedy, the President meets with General Walter Sweeney of the Tactical Air Command who tells him that an air strike could not guarantee 100% destruction of the missiles.

“Secretary Dillon recalled that we sent United States missiles to Europe because we had so many of them we did not know where to put them” (National Security Council Minutes).

“And in the present days of strain, it is well to remember that no country’s leader supported the U.S. more forcefully than did France. General de Gaulle said, ‘It is exactly what I would have done,’ adding that it was not necessary to see the photographs, as ‘a great government such as yours does not act without evidence.’ Chancellor Konrad Adenauer of West Germany voiced his support as well, and the Soviet Union was prevented from separating the U.S. from Europe. (John Diefenbaker, Prime Minister of Canada, was greatly concerned with how to convince the rest of the world” (40-41).