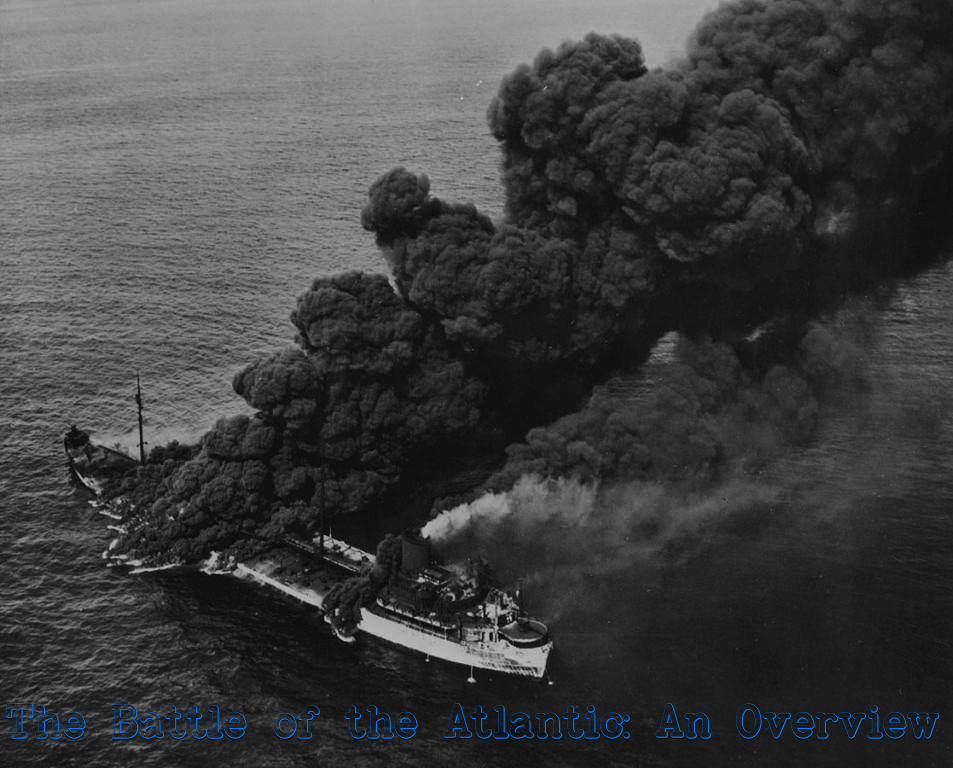 The Battle of the Atlantic: An Overview

The first battle of WWII took place as early as the day after Britain declared war on Germany. The Battle of the Atlantic, or the “contest between the Western Allies and the Axis powers (mainly Germany) for control of Atlantic sea routes” (Source). (Remember, the Soviet Union in the East was still an ally of Hitler).

This battle lasted the length of WWII.

For the Allies (namely Britain), the battle had three main objectives:

The Axis’s objective was much more simple: Frustrate the Allies

The first phase lasted from September 4, 1939 through June of 1940. Here, they established their German blockade, while Germans worked hard to inflict any amount of damage they could. At this point in the war, not much was happening.

However, all this changed with the fall of France to Germany as well as Italy joining forces in the Atlantic with Germany. Thanks to the losses incurred during the evacuation of Dunkirk, Britain could definitely have used France’s support. But instead lost it.

As a result, their route through the Mediterranean Sea to the Suez Canal was barred, forcing Britain to use the alternate route through the Cape of Good Hope, cutting the “total cargo-carrying capacity of the British merchant marine almost in half” (Source). Then, that fall, Germany started their U-boat attacks which, while successful, did not result in Britain’s surrender.

At this point, the U.S., while still not in the war, came to their aide. Through the Destroyers for Bases deal, Roosevelt gave Britain over 50 destroyers, helping combat their previous naval losses.

In addition to this support, “the United States also began neutrality patrols, ostensibly to protect neutral shipping rights in the western Atlantic but also to give American naval commanders vital experience should the United States enter the war. The United States also agreed to build escort vessels for the British under the Lend Lease Program. It was this program, combined with America’s experimentation with the World War I Eagle Boats, which ultimately led to the development of the destroyer escort” (Source).

In May 1941, “German surface attacks on Allied trade routes collapsed with the loss of the battleship Bismarck” (Source). Meanwhile, U.S. naval forces took on a bigger role that autumn (now mere months before Pearl Harbor), fighting U-boat battles off Iceland and Greenland. Unfortunately, with America’s entry into the war, Germany only found more venues for U-boat attacks – in the Pacific theater. And, they were largely successful, spiking between January and June of 1942. “In the first months of 1942 alone, German submarines sank hundreds of Allied ships, mostly along the eastern United States” (Source).

That fall, however, U-boats were forced back. The next six months saw a climax in the Battle of the Atlantic. By March 1943, though, the crisis peaked again, when the “Ultra program suffered a lapse in intercepting  and decrypting German communications for mid-ocean U-boats” (Source).

During this time, Germany saw their last (though maybe greatest) major success: they successfully sighted every Allied convoy, attacking over half. But “improving spring weather by April, modern radar equipment, repenetration of the U-boat codes, new escort aircraft carriers, very-long-range patrol aircraft, and aggressive tactics had resulted in a major defeat of Germany’s submarine fleet by May” (Source).

Germany attempted a renewed assault that autumn, but was unsuccessful. U-boats retreated inshore, instead wagging guerrilla warfare against shipping. “Allied victory in the Atlantic in 1943, coupled with the opening of the Mediterranean to through traffic later that year, translated into significant reductions in shipping losses. For the balance of the war, the Allies exercised unchallenged control of the Atlantic sea-lanes” (Source).