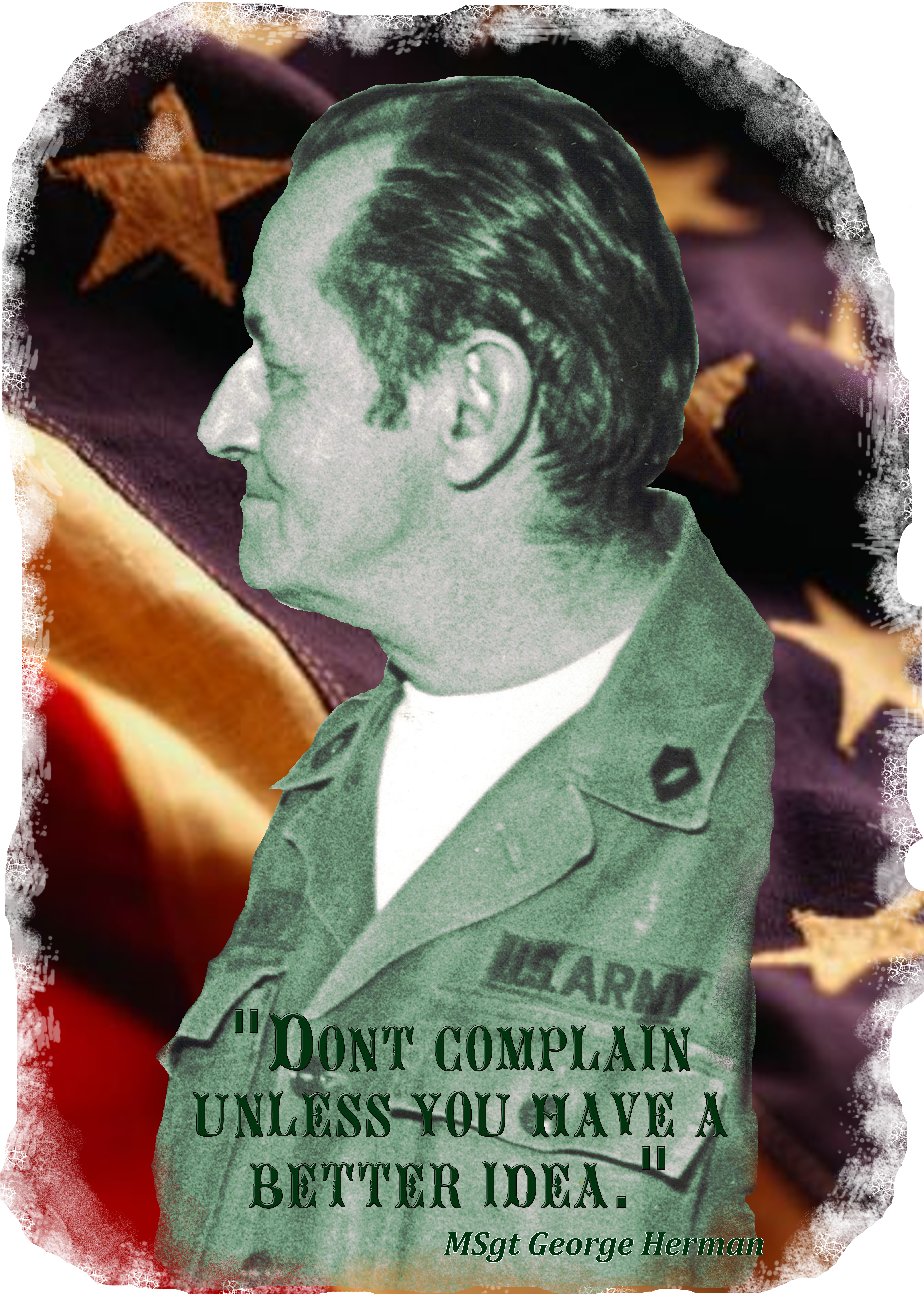 It seems rather strange how a chapter about the riots in the US and around the world follows a chapter about the Perfect Republic. But history always seems to write itself. On May 25, 2020 a video surfaced about a black man being killed by a cop. The officer held his knee on the back and side of George Floyd’s neck until he passed out. Other officers, if you can call them that, knelt on George Floyd’s back and legs. After a few days questions began to arise and after watching the video a few days later a few questions came up.

Reviewing the facts and video.

1. Who sits outside of a store waiting for police after passing a counterfeit $20?

2. Why would police arrest a man for passing a counterfeit $20?

3. The 2 passengers and the victim did appear really intoxicated.

5. By standers did step in to plead with police. The officer on Floyd’s neck pulled out a can of mace.

6. EMT’s did a half ass check for vital signs. They don’t even go through the motions.

7. No medical attention was administered on the scene.

8. 5 minutes with no medical attention after the heartbeat was lost.

The video speaks for itself. The video also shows the officer who killed George Floyd arrived on the scene after George Floyd was in the back of a squad car. The officer pulled George Floyd from the squad car, threw him to the ground and began to torture his victim for over eight minutes. This all seems rather strange.

Days later the news reported that the officer and George Floyd worked at the same nightclub and butted heads before that arrest or murder on May 25th.

It is apparent the officer used his badge to enforce a vendetta against George Floyd. That is a clear case of using a position to one’s advantage to eek out revenge. Which should never be allowed in any civilized society.

In any case, the judicial system has to run its course. People are out there protesting now for two weeks. Don’t they realize that if they expect to see justice in the courtroom the prosecution has to prepare an airtight case against the officers involved. Nothing has been done to change any of the laws in force. Lawyers for the defendant, the prosecution, and the judges have no choice but to follow the law to the letter. If the prosecutor assigned to the case goes to court half prepared, the lawyers for the defendant will tear that prosecutor apart and use every loop hole in the book to get the defendants off with reduced sentences. Or if the prosecution does a poor job of preparing for the case, the defendants may walk away free men based on a technocality. I am surprised those protesters have not been taught the basics in a court trial plus the media and every politician has completely missed that point.

Then we had a second shooting in Atlanta on June 12, 2020. Rayshard Brooks was found sleeping in his car in a Wendy’s drive through. Officers were called and found an intoxicated man behind the wheel of a rental car. A sobriety test showed the suspect over the legal limit to drive. A fight broke out during the arrest. Rayshard Brooks grabbed one of the police officer’s tasers and ran. After discharging the taser at one of the officers, Brooks was shot to death. No one will argue, the officers did everything by the book up to the point they attempted to handcuff Brooks. After the struggle broke out, the book flew out the window and both officers relied on instincts and not training. No one will argue the poor judgment used by the officer when Brooks attempted to flee on foot. Poor judgment that resulted in the death of another person at the hands of police.

If nothing else, the incident with Brooks recorded on police body cameras as well as a cell phone camera and surveillance camera will one day make a valuable police training film. In the mean time we can do nothing more than mourn the loss of another victim and do our best to learn from the situation and take the necessary steps to ensure it will never happen again.

Life tells all of us, we learn the most from our mistakes. And we have proof of that today. No one with half a brain will argue the point, changes have to be made. But what are those changes? Today we have streets all over America filled with thousands of protesters crying for change. The problem is, not one of them has any idea what needs to be changed or any idea how to change anything. They cry on the streets, march, hold signs and what? They tell people to change. Change what? My dad always said, “don’t complain unless you have a better idea.” We see a lot of complaining. Way too much complaining. Leaders and people organizing those protests have no ideas. No one has seen anyone suggest a single idea or solution. It is like the general public expects politicians to have the ideas, the solutions, like voting someone into office sprinkles them with some magic dust that gives them wisdom to solve every problem that rears its ugly head. But life does not work that way. It never has and it never will. People are not born nor are they voted into office with the ability to solve situations they have no experience in. As a matter of fact, the worst thing we can do is put people with no experience in charge of solving these problems. The media and politicians are filling the heads of the American public with the notion that a hand picked group of people with no police experience have the solution. That is the craziest thing I have ever heard.

My dad was a master instructor. He was in charge of a company of instructors in the army where my brother and I served under him. My dad always said, “no one can possibly teach anything they have not experienced themselves.” That is true. Instructors in his company had to dismantle and reassemble whatever they were assigned to teach their students to repair. In the army it will one day boil down to a life or death situation when repairs have to be made on a battle field. There was no second best. Every student had to be the best in their field.

No one can teach another person how to drive a car if they never drove a car. No one can teach anyone how to drive a full sized dump truck, a pavement scraper, front end loader, excavator, crane or any piece of construction equipment if they never operated that piece of equipment. In a lot of industries it is obvious, teachers cannot not teach unless they have long hours of experience behind them. The same is true in the police force.

Today we are faced with insanity. The media and many politicians are agreeing with protesters that America needs to completely get rid of the police force. Then who is going to train the new police force? Are we going to have a new police force? No one knows. There has not been a single protester or organizer who has come forward with a single idea. All they do is say there has to be change. But the only solution they have offered is to get rid of every person with police experience. That is far beyond insane.

When we look a little deeper into societies problems, we can see the real source of the problem. The education system. We have indisputable proof the education system in America and world wide is a failure. Look at the thousands of protectors. Thousand of people and not a single idea or solution between them. Look at who they choose to follow. Thousands of people all over America and the world have chosen to follow a handful of self proclaimed leaders without a single positive idea or solution to the problem at hand. Why have thousands of people suddenly decided to follow leaders with no ideas and no solutions? Because they spent an entire life going through an education system that failed to teach them how to approach a problem and find a solution. To date not a single one of them has displayed any problem solving skills.

There is no doubt the education system across the world has to be rebuilt from the ground up. But today we have to go back to experience and relearn one simple rule. We have to examine one problem at a time and look for solutions. This is not going to be a popular idea and I know it is going to be met with a lot of resistance and criticism. But we have to look at the issue and admit, experience is the best teacher and we all learn the most from our mistakes.

We have to revamp the education system in the police force across this entire nation. The people most qualified to lead that reeducation effort are the officers involved in arrests that went terribly wrong. Only those officers have the experience to look back on, examine, and ask, what could I have done differently? Like it or not those are the only officers qualified to re-instruct the police officers we have now and future generations of police officers. There is no other solution.