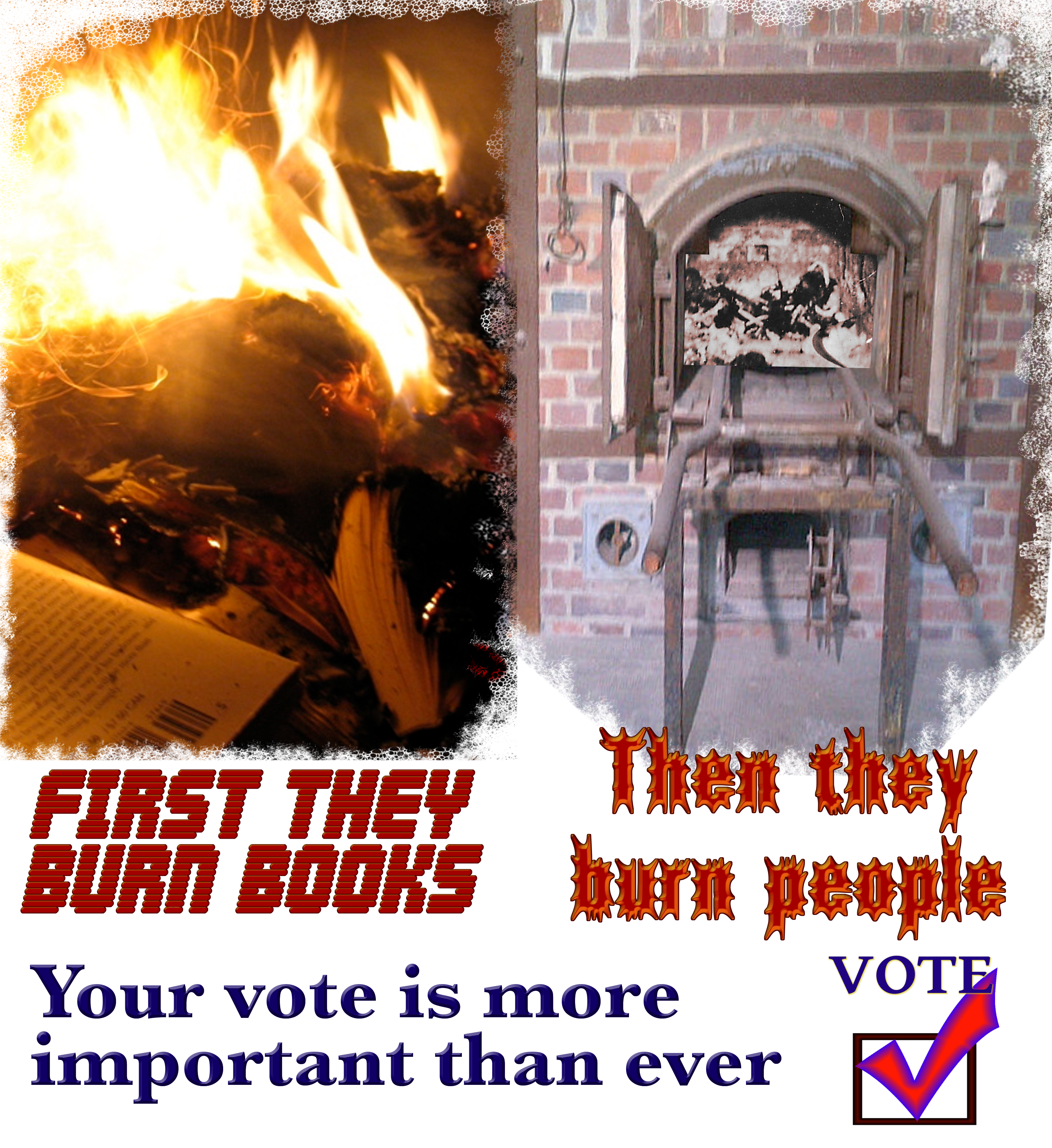 March 4, 2021 came and went without incident after weeks of warnings from Pelosi, Schumer, the FBI Director Chris Wray about a major coup that was to take effect.

“We have obtained intelligence that shows a possible plot to breach the Capitol by an identified militia group on Thursday, March 4,” the U.S. Capitol Police said in a statement Wednesday. “We are taking the intelligence seriously.”

Anyone with half a brain could have figured out, those threats were posted by active Antifa and BLM members. Messages about a major military coup were posted by dozens or radical left members claiming to have access to secret plans to over throw the government. They linked their claims to a little known fact, March fourth was the original inauguration day and Trump was going to be inaugurated on March 4, 2021. If those intelligence services would have checked their sources, they would have found people posting those stories are linked to Antifa and BLM with a long history of starting rumors for no other intend but to spread fear and smear conservatives.

What or who were those identified militia groups? How come no groups or leaders were identified? If those groups do exist, what is being done to protect the capital? A better question may be, why isn’t the same effort exerted to identify and arrest the people who rioted during the past for years burning businesses, shooting police and bystanders, shutting down major portions of cities, and targeting conservatives only because they have a different view on subjects? A riot is a riot. But all summer long all we heard from people on the left was, “they are mostly peaceful protests. They are only expressing their opinion.” It seems someone decided to outlaw certain opinions, especially opinions questioning the 2020 elections. This is one form of censorship America is facing today.

March 2 was Dr. Seuss’ birthday. A day normally celebrated by the President of the US by encouraging youth to read with an emphasis on Dr. Seuss. This year that tradition was replaced with a ban on Dr. Seuss. Or was it? It pays to look at all the details on a story before making a rash decision. We’ve seen how Pelosi, Schumer, and Wray were led to misinformation and poor decisions by examining only one view. A view they should have known was slanted. We never want to make the same mistakes those on the left make. Otherwise we are no better than them.

A quick search on the Internet shows exactly how the censorship of Dr. Seuss books began, when, and by whom.

In spite of Dr. Seuss’ extensive body of explicitly racist published works dehumanizing and degrading Black, Indigenous, and People of Color (BIPOC), and people from other marginalized groups (including Jewish people and Muslims), many differentiate and defend the author’s children’s books as “promoting tolerance,” and even “anti-racist.”

White supremacy is seen through the centering of Whiteness and White characters, who comprise 98% (2,195 characters) of all characters. Notably, every character of color is male. Males of color are only presented in subservient, exotified, or dehumanized roles. This also remains true in their relation to White characters. Most startling is the complete invisibility and absence of women and girls of color across Seuss’ entire children’s book collection.

Two people decided to get together and write their opinion on Dr. Seuss books. It turns out those two people are husband and wife. We would expect them to agree on their opinion, so in fact, we are offered a single opinion on all the books Dr. Seuss wrote.

Within their report they make a handful of comments about cartoons they claim Dr. Seuss drew for newspapers, magazines, and the government. A search of Dr. Seuss cartoons on the Internet shows one source, the University of San Diego Library. A review of those cartoons shows a collection of mostly political cartoons, popular in those days, and used by a number of newspapers. It was not uncommon for artists to portray their personal opinions in those cartoons, the opinion of their employers, or cartoons designed to sell newspapers. Which of course displayed public opinion of the time. Most of those cartoons are over 70 years old. Of course those cartoons offended a number of people. But up until 2019, people knew the First Amendment out weighed their personal opinion of a cartoon. People knew they had the right to buy one newspaper or another.

The report contains a list of books used to gather comments on racism. All the books and links follow the same radical theme on racism. The majority of the report focuses on the most negative aspects of racism and offers no solutions.

The authors went out of their way to count the number of pictures and characters in Dr. Seuss books. The authors of the report took it upon themselves to provide interpretations to the characters, expressions, and symbols in Dr. Seuss books. In short, the authors portrayed themselves as experts on discrimination and views of the average black in America. What qualified those two authors to represent blacks in America?

Ramon Stephens is an Executive Director at the Conscious Kid and a PhD candidate in Education Studies at the University of California, San Diego. Ramon’s research focuses on race, equity, identity development, and belonging for young children and adults. Ramon is a UC President’s fellow, S.E.E.D fellow and a recent recipient of the diversity, equity, and inclusion (DEI) teaching award at UC San Diego.

Using Critical Race Theory, the authors explore how K-12 Ethnic Studies attempts to dismantle curriculum as the property of Whiteness by replacing it with a social justice education curriculum that centers the lived experiences and epistemologies of people of color.

My dad would always say, “no one can ever teach anything they have never experienced.” That is common sense. The question is, how does a married couple living in a 2910 square foot, 4 bedroom, 3 bath house become experts on minorities living in the inner city? People can form opinions on what life is like in different circles, they can research and question people about their experiences, but they can never become experts on any of those experiences, and their personal opinions are just that, opinions. Nothing more.

The authors submitted no reports on people living the average, or below average life style of a minority in the US. The author’s life style appears well above that of the average American citizen. The author was born in 1980. That was the highlight of affirmative action, 20 years past the election of 1960 when discrimination was in the spot light and the federal government took action to eliminate discrimination and segregation practiced in a handful of states. The authors have no direct experience with discrimination, segregation, and live well above the poverty line, but want readers to believe they are experts in that field. We see this from a number of sources heading into 2021. Why are we experiencing such a high influx of reverse discrimination in 2020 and gaining speed in 2021?

The fact the author wrote a paper on the critical race theory tells us where the author wanted to place the highest impact. The critical race theory is nothing more that a modern version of Marxism. One of the goals of Marxism has always been to divide people into classes of race, income, religion, and other groups in order to divide and conquer. The goal of marxism is to overthrow established governments. In plain simple terms, the attack on Dr, Seuss has no other agenda but to cast a shadow of prejudice and discrimination upon an area the authors feel will aid their goals and agenda.

It took nearly two years for that report to get noticed. The foundation in charge of Dr. Seuss’ books made the decision to stop publishing six of his books. That has spread into exaggerations and accusations on both the far left and far right. Some companies decided to totally censor those books.

EBay is reportedly removing the six Dr. Seuss books that the author’s estate has stopped publishing, saying that it is working on removing the titles from its online auctions and other listings.

Time will tell how serious this is and where it is heading. The fact of the matter remains, first they burn books. Then they burn people. 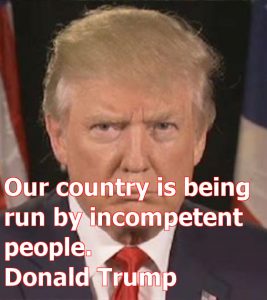 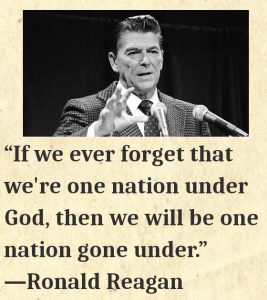 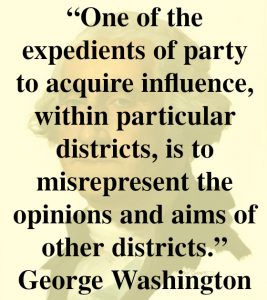 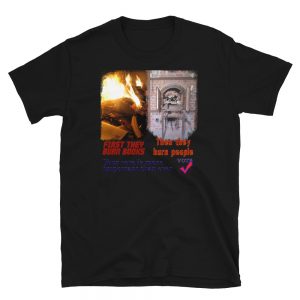