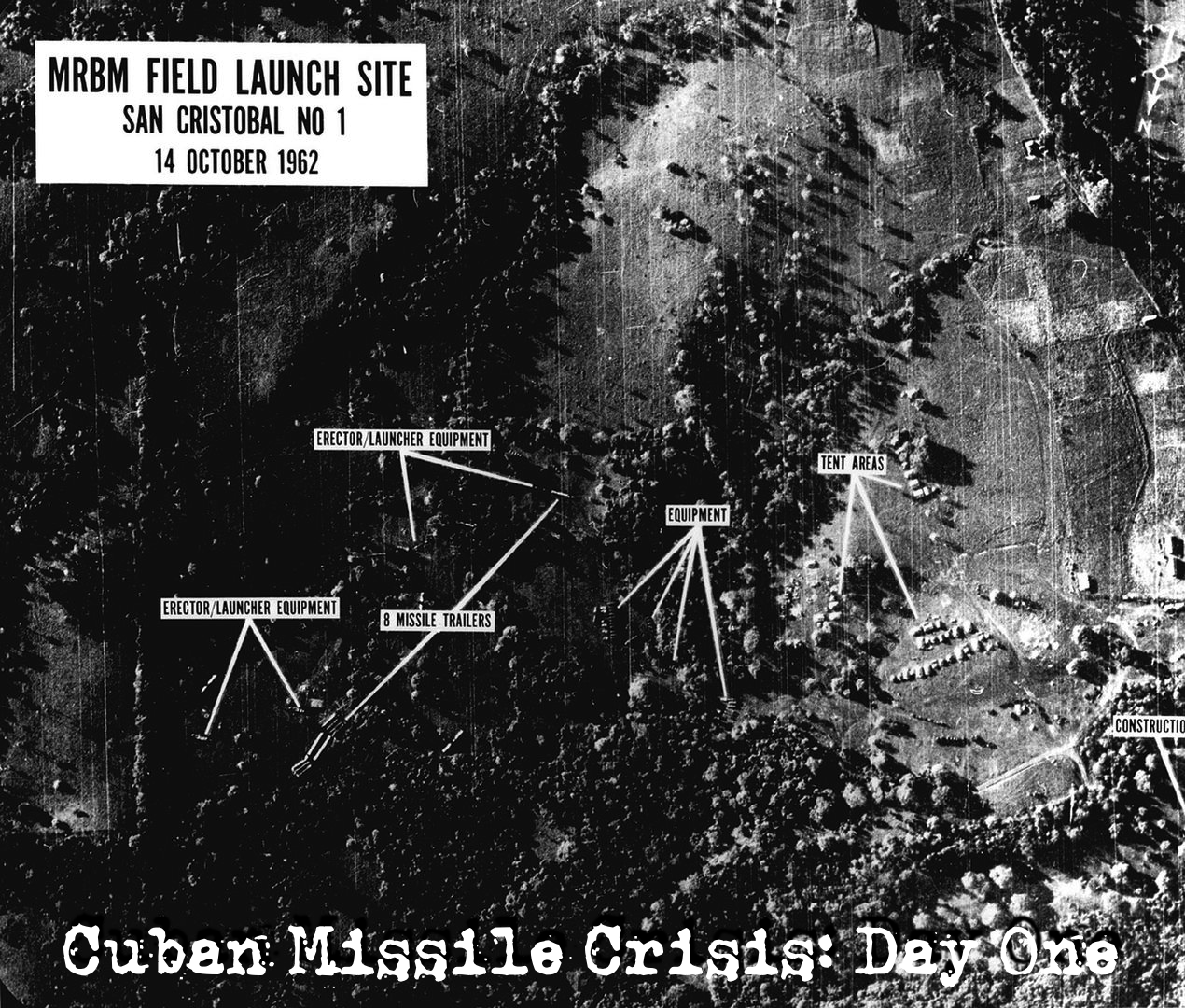 At 8:45 AM on Tuesday, October 16, 1962, President Kennedy, still in his pajamas, had his breakfast interrupted by National Security Advisor, McGeorge Bundy. Bundy came to alert the president “that a major national crisis was at hand” (JFK Library).  During reconnaissance flights two days earlier, done by the United States military surveillance aircraft, photographs had been taken that showed conclusive evidence of a Soviet missile base under construction in Cuba, a near 90 miles from the coast of Florida.

15 minutes later, President Kennedy was on the phone with his Attorney General brother, urging him to come straight away to the White House: They had a major emergency on their hands.

What followed were discussions with major members of Kennedy’s Cabinet as well as members of the Joint Chiefs of Staff, and other important advisors.

“Discussions [began] on how to respond to the challenge. Two principal courses [were] offered: an air strike and invasion, or a naval quarantine with the threat of further military action. To avoid arousing public concern, the president maintained his official schedule, meeting periodically with advisors to discuss the status of events in Cuba and possible strategies” (JFK Library)

[Below: Map showing the full range of the Cuban missiles] [Also: The Norton Anthology The Kennedy Tapes, provides transcripts for all essential meetings]

Note: Everything is curtesy of the JFK Library, who has, by the way, an amazing interactive day-by-day account of the Crisis. I highly recommend checking it out. You can find audio, pictures, schedules, etc. Last year, I checked it out during all 13 days. It’s a great way to learn more about the most dangerous 13 days in American history.