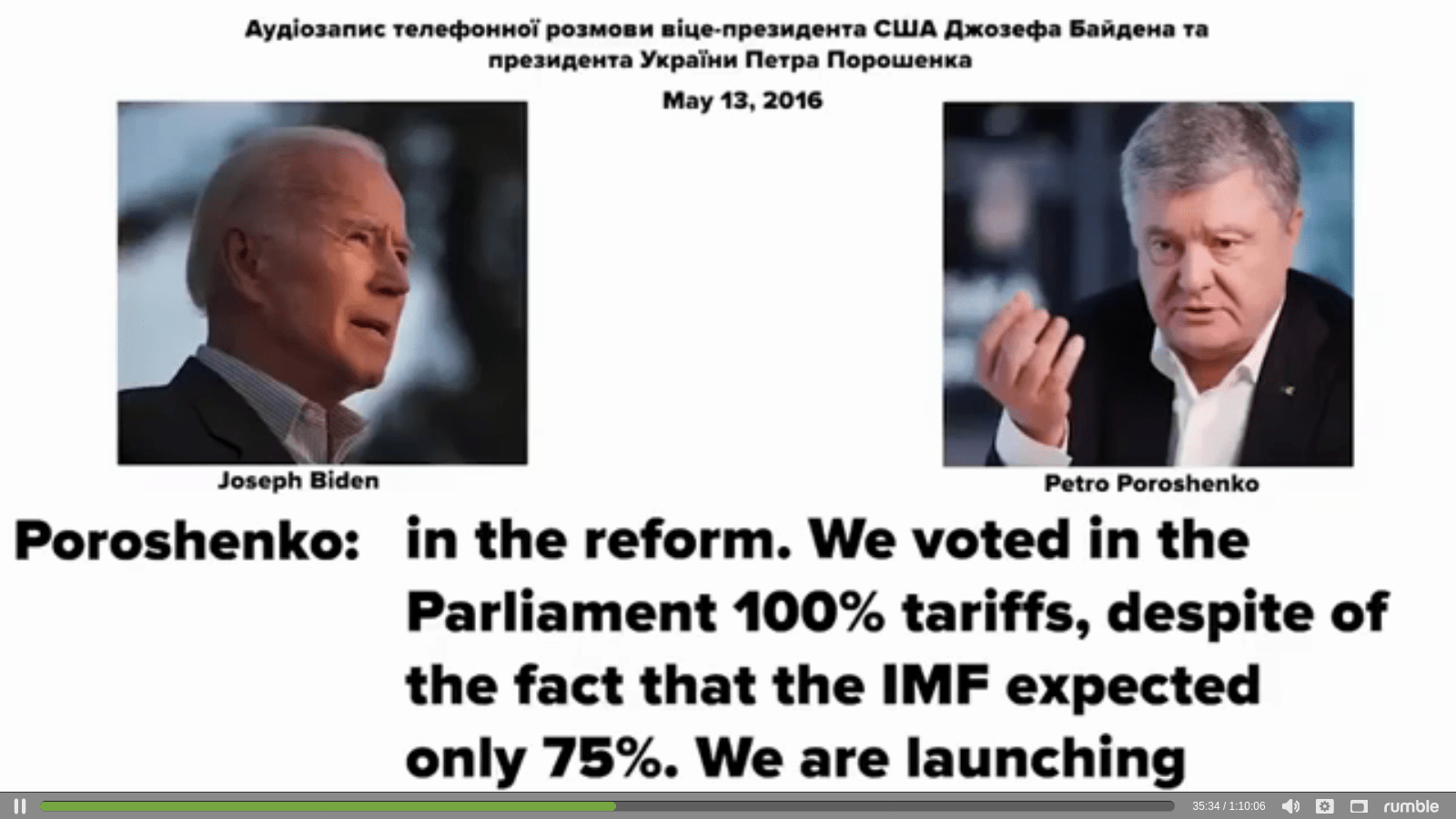 A brief look at phone conversations between Joe Biden acting as Vice President and Poroshenko, then Ukraine President show how the two worked out a plan to add coal tariffs. There was little reason for Ukraine to import coal since it was the 7th largest producer of coal in the world and 15th largest consumer of coal.

The plan was simple. Add a tariff to coal, create paperwork to make it appear coal was imported, (mainly from the US) pass the tariff taxes onto the people of Ukraine, then split those taxes between those in Ukraine and the US running the scam. Mainly Poroshenko and Biden. Discussions between Biden and Poroshenko on the coal tariff are seen 35 minutes into the video. Other portions of the video contain conversations between Biden and Poroshenko discussing the elimination of prosecutors they feared and the appointment of prosecutors they felt they could trust.

The Ukrainian billionaire Sam Kislin, a former advisor to former New York City Mayor Rudy Giuliani, traveled to Ukraine this past week to speak with Ukrainian investigators. Speaking with Ukraine’s Strana.UA news website, Kislin claimed that Poroshenko had siphoned $8 billion in state funds through the state-owned Centerenergo company and the importation of coal from the United States and South Africa at inflated prices. Kislin also claimed that Poroshenko is facing criminal charges in courts in the United States but gave no details.

Poroshenko faces charges on the scam. Biden has so far avoided prosecution.

Since taking office Biden has initiated basic steps to duplicate the coal tariff scam in the US. Shutting down the Keystone pipeline is one step in the process. Biden is taking steps to curve US oil production. In reality, oil and gas production in the US could maintain current levels or actually increase and Biden’s plan would still work. With the aid of fake news the general public could easily be convinced US oil production declined, causing an increase in oil prices and the need to increase oil imports. Which is where US tariffs on oil step in. Taxes on oil and gasoline are easily skimmed while Biden and his friends rake in profits beyond imagination.