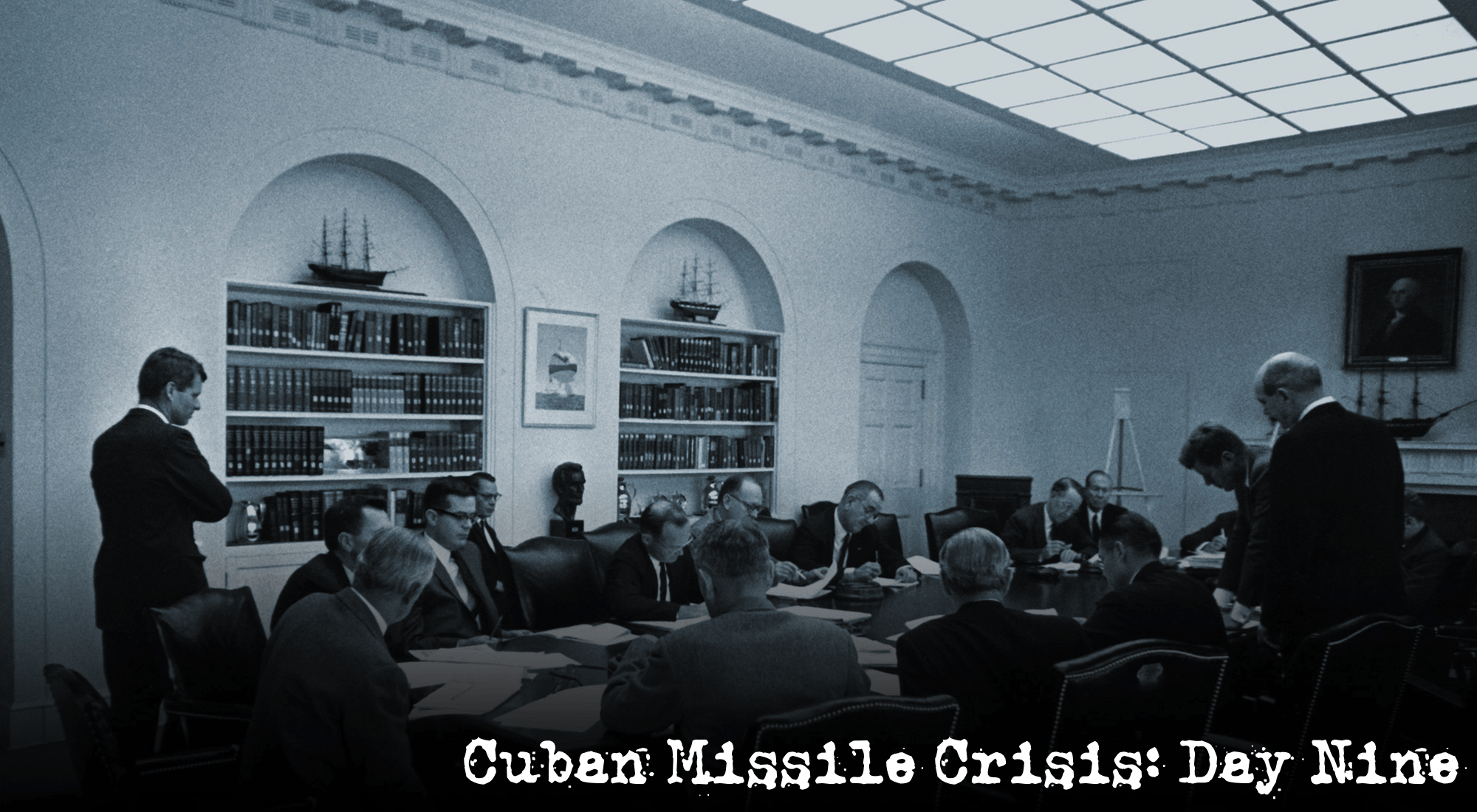 Wednesday, October 24, 1962: The ExComm met as the quarantine went into effect. By a little after 10, they received word that Russian ships were approaching the quarantine line, the Gagarin and the Komiles. “This was the moment we had prepared for, which we hoped would never come. The danger and concern that we all felt hung like a cloud over us all and particularly over the President” (53).

Then, the really disturbing news came. A Russian submarine. They debated whether it was in America’s best interest for the first stopped Russian ship to actually be a sub.

“I think these few minutes were the time of gravest concern for the President. Was the world on the brink of a holocaust? Was it our error? Was there something further that should have been done? Or not done? His hand went up to his face and covered his mouth. He opened and closed his fist. His face seemed drawn, his eyes pained, almost gray. We stared at each other across the table. For a few fleeting seconds, it was almost as though no one else was there and he was no longer the President” “You, Mr. President, are not declaring a quarantine, but rather are setting forth an ultimatum and threatening that if we do not give in to your demands you will use force. Consider what you are saying! And you want to persuade me to agree to this! What would it mean to agree to these demands? It would mean guiding oneself in one’s relations with other countries not by reason, but by submitting to arbitrariness. You are no longer appealing to reason, but wish to intimidate us.”