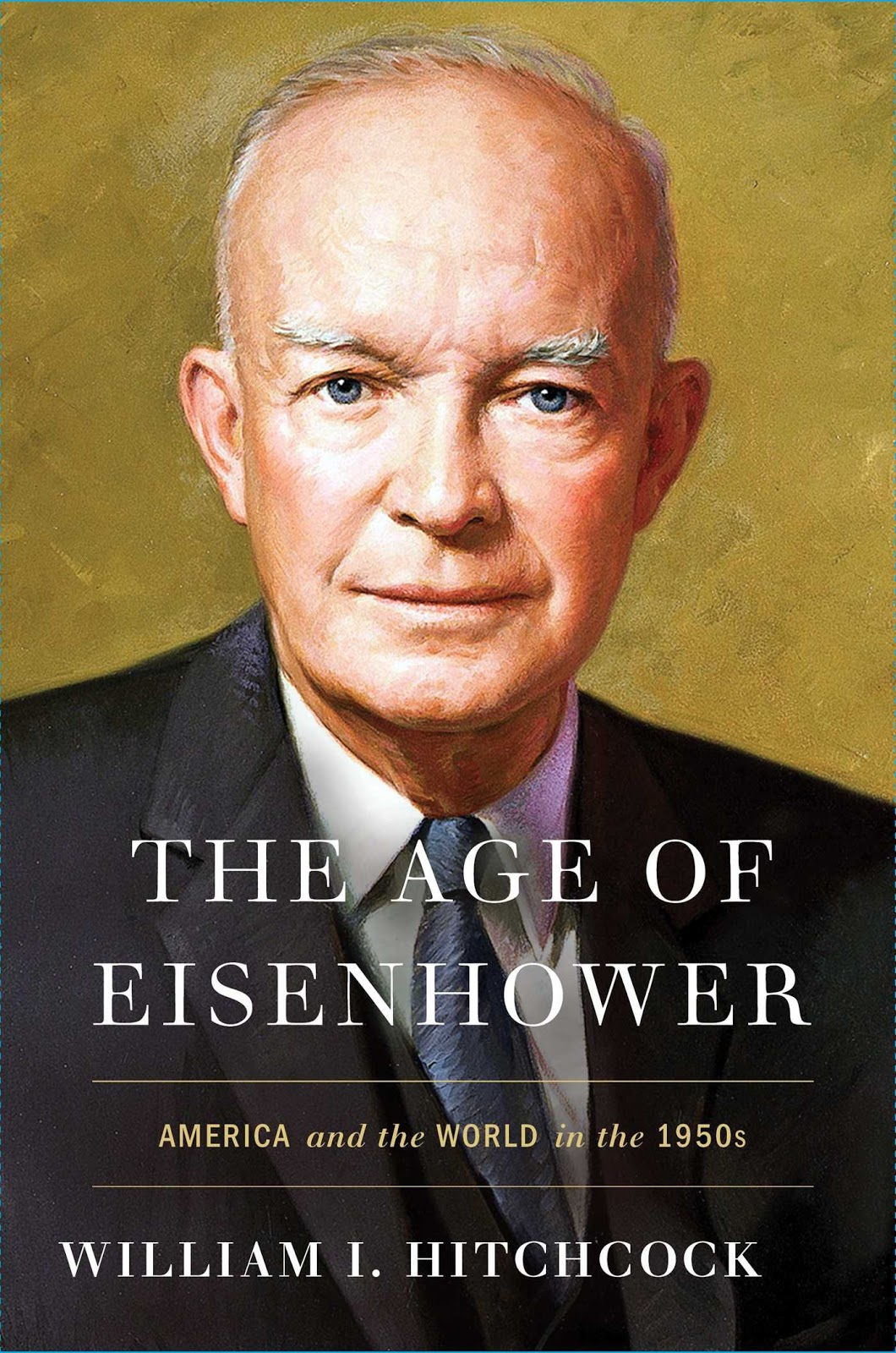 The Age of Eisenhower

2018 Collection: The Age of Eisenhower chronicles the rise and, well, never really fall of Supreme Allied Commander turned cold War Era President Dwight D. Eisenhower. The Age of Eisenhower argues that the age would rightfully encompass post-WWII America as our soldiers were coming home victorious to grand parades, up to (and some may find this surprising) that fateful day in Dallas. Yes, November 22, 1963.

An original and penetrating assessment of President Dwight D. Eisenhower, showing Ike’s enormous influence on modern America, the Cold War, and on the presidency itself.

In a 2017 survey, presidential historians ranked Dwight D. Eisenhower fifth on the list of great presidents, behind the perennial top four: Lincoln, Washington, Franklin D. Roosevelt, and Teddy Roosevelt. Historian William Hitchcock shows that this high ranking is justified. Eisenhower’s accomplishments were enormous, and loom ever larger from the vantage point of our own tumultuous times. A former general, Ike kept the peace: he ended the Korean War, avoided a war in Vietnam, adroitly managed a potential confrontation with China, and soothed relations with the Soviet Union after Stalin’s death. He guided the Republican Party to embrace central aspects of the New Deal like Social Security. He thwarted the demagoguery of McCarthy and he advanced the agenda of civil rights for African Americans. As part of his strategy to wage, and win, the Cold War, Eisenhower expanded American military power, built a fearsome nuclear arsenal and launched the space race. In his famous Farewell Address, he acknowledged that Americans needed such weapons in order to keep global peace—but he also admonished his citizens to remain alert to the potentially harmful influence of the “military-industrial complex.”

From 1953 to 1961 no one dominated the world stage as did President Dwight D. Eisenhower. The Age of Eisenhower is the definitive account of this presidency, drawing extensively on declassified material from the Eisenhower Library, the CIA and Defense Department, and troves of unpublished documents. In his masterful account, Hitchcock shows how Ike shaped modern America, and he astutely assesses Eisenhower’s close confidants, from Attorney General Brownell to Secretary of State Dulles. The result is an eye-opening reevaluation that explains why this “do-nothing” president is rightly regarded as one of the best leaders our country has ever had.

Like all good biographies, the story starts when Eisenhower’s story starts – in 1890 with birth of the third child of David and Ida. But we won’t spend much time on that, since a whole post will be devoted to that later, in the Biographies section. But, suffice to say, Hitchcock does spend some time discussing Eisenhower’s childhood, his time at West Point – where he graduated in 1915 with Omar Bradley – and his time serving in our great army.

But the focus on this particular biography is the Age of Eisenhower. See, although Ike graduated in 1915 while the Great War was going full scale over in Europe, he did not earn a coveted spot over seas as his first assignment. Instead, when President Wilson declared war in April 1917, Ike was stationed at Fort Oglethorpe in Georgia. He would not see war yet, despite his recent graduation from West Point.

So, his story cannot really pick up until June 24, 1942 – and this is all in the first chapter! For it was on this date that Eisenhower arrived in London, assuming the commanded of the Allied war in Europe.

Now the story can begin.

The next 18 chapters covers Ike’s time in Europe and his time in the White House, followed by a closing chapter that explains why the Age of Eisenhower did not end on January 20, 1961, but actually on November 22, 1963. See, if one looks closely, the two ran the country in similar fashions. They both spoke about the “Rights of man” being derived not from the state, but from “the hand of God.” The tackled the Civil Rights issues in similar fashions (and at similar speeds), “In his management of the cold war, Kennedy picked up right where Eisenhower left off” (510). Even issues like Laos and Vietnam were tackled in a Eisenhower-esque fashion. Kennedy even consulted Eisenhower on any number of critical issues – from the Bay of Pigs on down through the next three (almost) years.

These points are important because we should remember that Kennedy accomplished what he did because of Ike’s time in office – because Ike paved the road. Eisenhower’s “peace through strength” stance, his hardline with Khrushchev and Castro were not just important to the following administration, but to this country. Eisenhower was the president to pass Brown vs. Board of Education. Eisenhower desegregated the schools. Eisenhower had to send in troops when schools and governors refused to cooperate with his mandates. Eisenhower rebuilt up our military and our arms.

And most importantly, it was Eisenhower who rededicated this country back to God. It was his Back to God program his outwardly display of faith that made the 1950’s the decade we look back so fondly on.

Sure, there were recessions – there always will be. But Americans had, for the first time, extra money for houses, cars, and these new fangled things called televisions. It was Eisenhower’s post-WWII America that saw the boom of economy and the boom of Christianity. It was during the Eisenhower administration that we saw “In God we trust” on our money.

Eisenhower, faulted like any human being, was – and should be today – a 20th century American legend. A hero who served his country from 20 to 70 – and as an advisor until his own death. He was Supreme Allied Commander, a 5-Star General, President of the United States.

Yet, Eisenhower seems to have been forgotten in the realms of history. We pull him out to discuss D-Day, but his name doesn’t often come up afterwards. Yet, this is the man who stood strong during the Cold War, made steps in the Civil Rights movement, and reminded this country why we were great.

Goodreads: The Age of Eisenhower: America and the World in the 1950’s