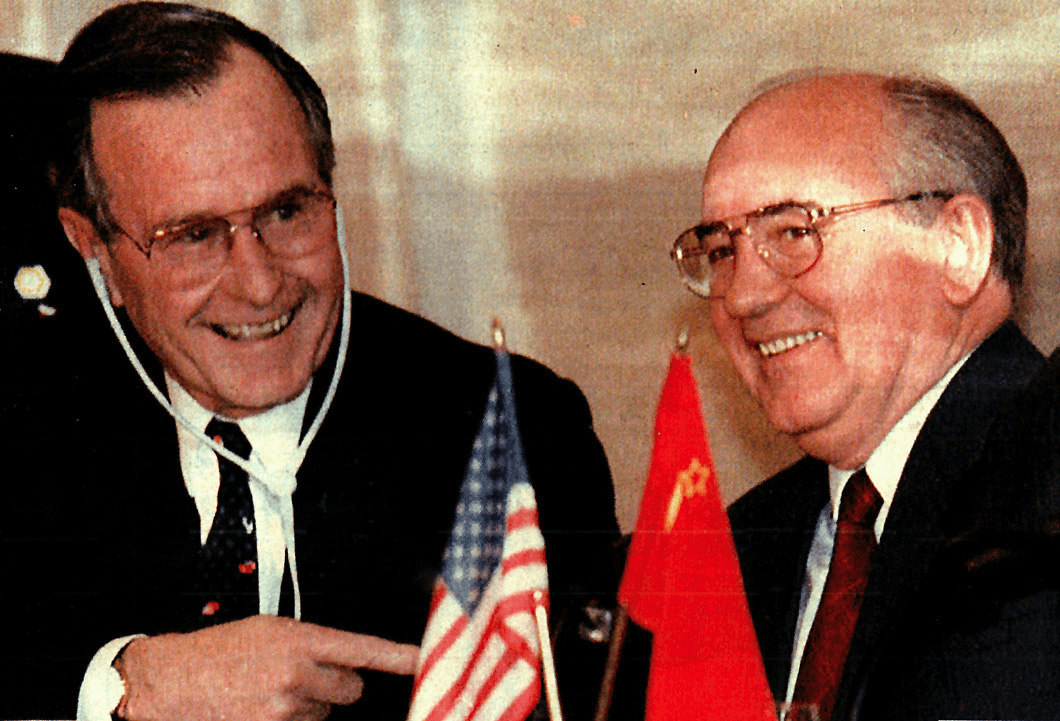 Sort of seems appropriate. 29 years ago today, as we all know, the Cold War was finally coming to an end after 42 years. We’d had many close calls, but thanks to Reagan’s peace through strength policies, the end was in sight.

On December 3, 1989, during a meeting off the coast of Malta, President George Bush and Soviet Premier Mikhail Gorbachev both issued statements that suggested that the Cold War may just be officially coming to an end.

In office for less than a year, this was President Bush’s first summit with the Russian leader. He was “eager to follow up on the steps toward arms control taken by the preceding Reagan administration” (History). Even Gorbachev was vocal about wanting better relations with the U.S. That was quite a change from what it had been earlier. Gorbachev promised that these “talks marked in important first step toward ending the Cold War” (History). He went on to suggest that the very ideology of The Cold War needed to come to an end – all of the mistrust between the two countries, the arms race, and everything else The Cold War entailed.

Unfortunately, despite their positive attitudes, the summit wasn’t overly successful. They walked away agree that both countries would work harder towards a “treaty dealing with long-range nuclear weapons and conventional arms in 1990” (History). Before leaving, they agreed to meet again in June of 1990, this time in Washington, D.C.