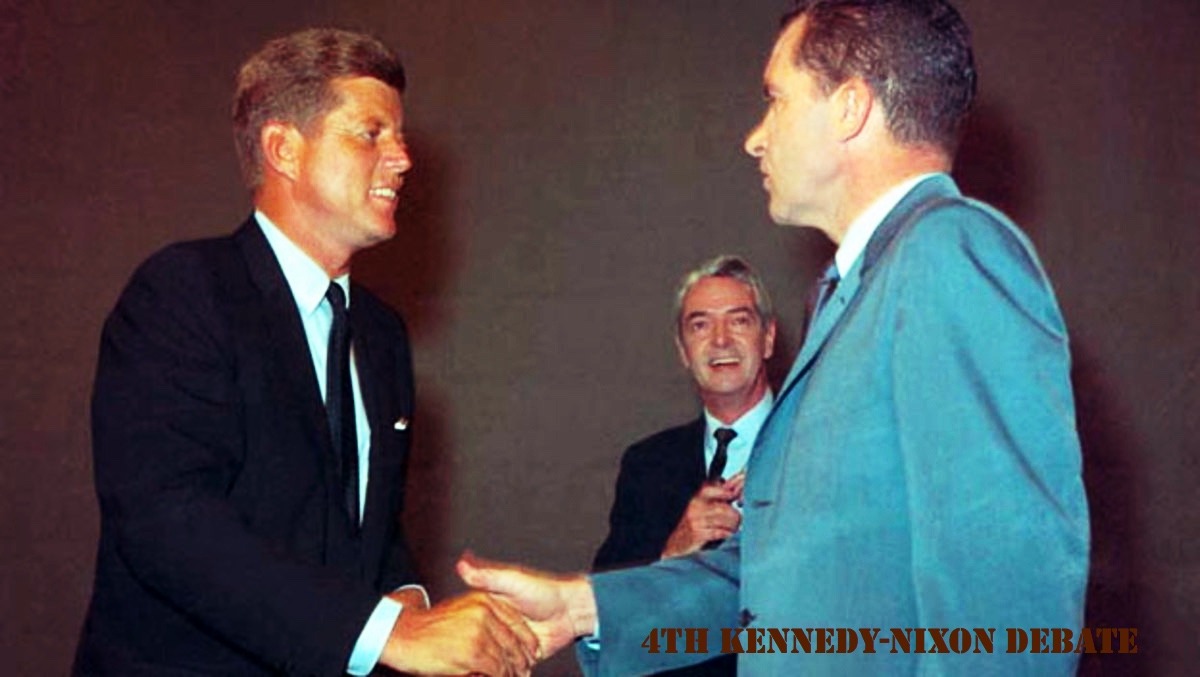 The fourth and final Kennedy-Nixon debate was held on October 21, 1960.

For the final debate, the candidates met in New York City. And, like the 1st debate, both candidates were given a chance to make both opening and closing states – 8 minutes for opening and 5 minutes for closing. Differing from other debates, though, each candidate made new policy position statements, hoping to gear the topic of questions for the upcoming debates.

The topic for the last debate was foreign policy including

While Kennedy was firm in his belief that we needed to overthrow Castro while proving assistance to countries such as Poland and India, one already oppressed by Communist Soviet Union and the other in danger of falling to Communism. Nixon countered that this would make these nations pawns in the fierce battle between the USA & USSR. “We have to let them know that we want to help them … because we care for them, because we stand for freedom, because if there were no communism in the world, we would still fight poverty and misery and disease and tyranny”  (Source).

Between the 3rd and 4th debates, while Kennedy had initially been scorned for his mistake of using notes or ‘cribbing,’ polls showed that he’d actually done much better than initially thought, especially in Michigan. In this debate, “voters believed that the 4th debate was a draw, although they believed that it was the strongest performance by both Kennedy and Nixon. Overall, the knowledge of the two candidates impressed Americans of all political stripes” (Source).