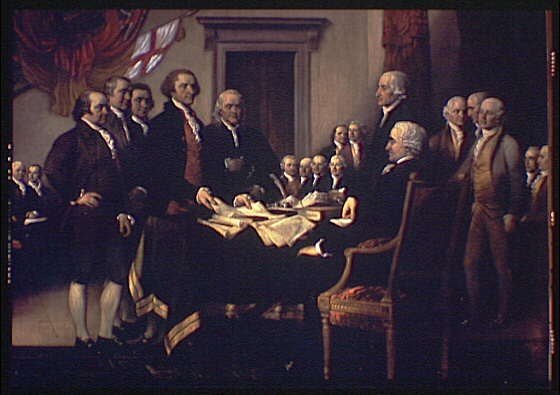 245 years ago today, the Continental Congress officially names their new union the United States of America.

“That these United Colonies are, and of Right ought to be FREE AND INDEPENDENT STATES.”

Meeting in Carpenter’s Hill in Philadelphia, Pennsylvania, the 56 delegates of the Continental Congress met to find a new for the union of the colonies. Important members of the Congress included Colonel George Washington, Patrick Henry, John Adams, his cousin Samuel Adams, Benjamin Franklin, John Dickinson, Peyton Randolph, and Joseph Galloway.

“That in all continental commissions, and other instruments, where, heretofore, the words ‘United Colonies’ have been used, the stile be altered for the future to the “United States.”