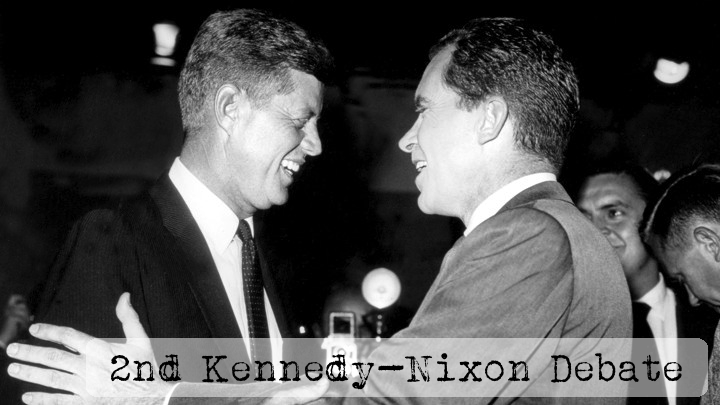 On October 7, 1960, the 2nd Nixon-Kennedy debate took place. This time, Vice President Nixon was much more prepared to face-off with the ever-popular Senator Kennedy.

Meeting in Washington D.C. for this debate, the two discussed foreign policy including:

Kennedy made clear in his remarks that Castro was a Communist and that Cuba had as good as given up their freedom. Although, Castro was actually a self-proclaimed Socialist. A Socialist who said that Hitler was his hero. So, who knows what he actually was. What we do know is that he sure did give President Kennedy a number of headaches in his mere 1,000 days in office. In his remarks, Kennedy also made it clear that he saw the Soviet Union was a major threat. Nixon argued that the Soviets didn’t really want a summit and didn’t really want to negotiate with the U.S. This, as we can see throughout history, was true.

Overall, “Kennedy’s strategy was to paint the Republican administration in which Nixon served as timid, indecisive, and given to poor strategizing in terms of the Cold War. Nixon, on the other hand, wanted to portray Kennedy as naïve and much too willing to compromise with the Soviets and communist Chinese” (Source).

As for the second debate, most experts saw the experienced Nixon as the winner of this round. However, analysts believe that Kennedy’s telegenic TV appearance swayed voters.

But, there was still two more debates to go before the November election. 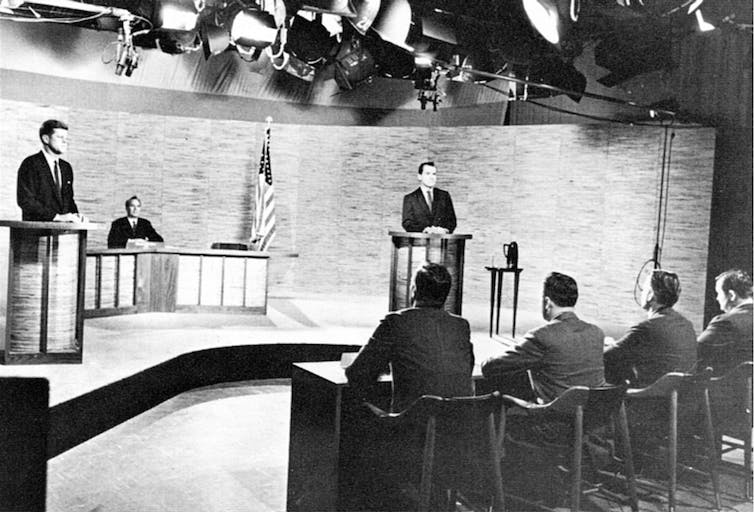