Many people these days don’t know much about the Cuban Missile Crisis in 1962. Our older generation lived through 13 days of horror and lived to tell about it. The Soviet Union was not decorating Cuba with those nuclear missiles. Russia didn’t want to put nuclear missiles in Cuba for defense. Russia wanted to nuke the crap out of the US.

Our older generation was trained to recognize communist treats. You think you have radical teachers these days teaching students how to oppose the US, its Constitution, and the American way of life. Those teachers can’t teach. They never lived in a communist state. They are NOT teaching from experience. No one is able to teach something they have never experienced. All they can do is parrot what they have been told. But in the old days. Back in the 1960’s and 1970’s we were taught by real teachers. Teachers who lived through the horrors of WWII, Korea, Vietnam, and of course the Cuban Missile Crisis. We had teachers who taught through experience. Teachers who had a drive and motivation to make sure America never fell to powers who threatened our way of life and existence.

I had a teacher, Mr. Stanford, who was a WWII veteran and lived through WWII. He was taken prisoner by the Nazis. He was marked for execution. To avoid war crimes, the Nazis beat him half to death, stripped him naked, tied him to a post, and threw cold water on him in the middle of winter. Confident the elements would finish him off, the Nazis went in to celebrate. The water loosened the ropes and Mr. Stanford was able to escape, find some clothing, and make his way to American lines. He lived to tell his stories for a reason. He dedicated his life to teaching people about the horrors of war and the threat of socialism and communism. Mr. Stanford taught us about the Nazis. Socialism, and communism. How they were able to convince sheep, they had plans for a better life where most everything in life was free. Then took off the mask to expose their true intents.

In short, marxism thrives on lies. Their goal is control. Their motivation is greed. Only a few rise to the top to share the wealth. The rest are little more than slaves. Their middle class are enforcers. Nothing more than criminals set free from prisons to enforce their laws and keep the lower class in line. Nothing in between. No other classes. Marxism is human slavery. Nothing more and nothing less. There is no religion. Government is in total control using fear to rule. People are encouraged to spy on neighbors, family members, and everyone in the streets. The reward for turning in a nonconformist is little more than an extra ration of food for a day.

We are not about to turn from what we have been taught and fall for the promises people in Germany, Russia, China, Laos, and other countries fell for just before nationwide genocide began. Genocide began the moment those people ceased power. Check your history. We have been taught that history and we have been taught by teachers who experienced that treachery first hand. Teachers who saw friends die to defeat that enemy. Teachers who taught us to honor our heroes who risked everything to defeat those dictators and those who gave their lives to secure freedom in the US and other parts of the world that stood up for freedom.

I can tell you this. The left believes in a lie. The left has been brainwashed into thinking their opposition is made up of old, feeble people afraid to venture out in public because of the virus China spread throughout the world. The fact is, our older generation has strong hearts and good memories. Memories of how our founding fathers stood up to a world power and kicked their butts. Memories of Hitler and Japan. Memories of Russia, the take over of Poland, half of Germany, and other states they turned into slaves. Memories of how a dock worker in Poland stood up to a superpower and helped win freedom for his country. The fact is, members of the older generation will step away from a respirator to save this country from the treat we see in the streets, in the halls of congress, and in city halls, and state capitals across this nation today. They will never allow marxism to take over this country they helped build. 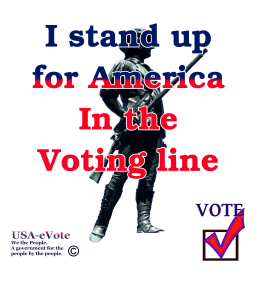 Many from the older generation taught what they learned to their children. Not all of the younger generation was brainwashed by the leftist, marxist teachers in public schools. The US is also made up of millions of people who came to America from communist run countries and will not stand idle and watch America fall to ideals that will end our American way of life. Millions from communist run countries joined the American melting pot. They found a better life, lived the American dream, started businesses, got a real education, shunned the marxist teaching in colleges and universities, and are prepared to stand up as a new wave of patriots to defend the America they have grown to love.

In America we have been taught to stand up for what we believe and stand together against tyranny, oppression, and all threats to our Constitution and those who risk their lives to protect us. That is only part of what makes America great. 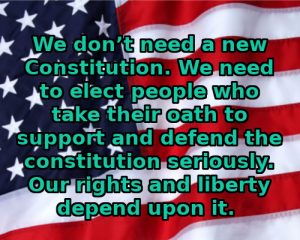