For one thing, it is nearly impossible to search the Internet and find a site that tells us what the top 1% in America earn in a year, and how much they pay in taxes. I had to do some math and here is it. I used a website that publishes IRS charts to gather the figures.

Let’s take a look at additional tax revenue from jobs created in 2018. 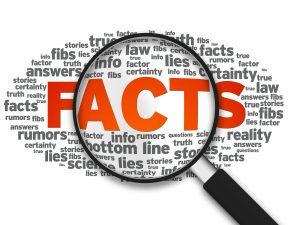 There seems to be some value to the argument to raise tax rates on the rich. IRS records show the rich have received the majority of the tax cuts. This also shows a 10% tax increase on the top 1% will generate 15 times more revenue than taxes raised by the record number of new jobs created in 2018. So what’s the problem?

It seems a tax increase on the top 1% may be in order. But that proposed tax increase will never come close to the trillions of dollars candidates claim it will take to fund medical cost for the entire nation. Sanders throws out the figure of $3.2 trillion. I have news for you Bernie. That is 150% of the TOTAL income for the top 1% in 2016. How are you going to tax people at the rate of 150% of their total income?

The fact of the matter is, candidates are talking about paying for a corrupt, broken system that has not worked, was not designed to work, was handed over to the worst leadership and control anyone could imagine, and has seen price increases of over 4000% in the first few months of operation.

STOP TAXING PEOPLE AND CONCENTRATE ON FIXING THE BROKEN SYSTEM.

Here is a link to Sanders plan. You can see how his figures don’t add up and in fact would need tax rates exceeding 100% of the income of the top 25% of Americans. Which will never work. Sanders does not offer a list of methods to cut medical costs. His mind is set on taxing and that is about it.

Hitler thought he could get a healthcare system to work in Nazi Germany in the 1930’s. Everything seemed to work out on paper. Sanders plan doesn’t even reach the paperwork stage. As soon as Hitler introduced his healthcare plan, he soon found out it was much more expensive than expected. Hitler’s solution was to first kill of those in mental houses. That didn’t save enough money, so Hitler moved to those with fatal illnesses. When that didn’t save enough money, Hitler moved to killing off older people, then people who didn’t fit the Aryan mold.

Hitler also had a plan to fix the economy and pay for his ambitious programs. Hitler’s plan focused on the group he identified as controlling the majority of money in the country. Hitler’s 1% pointed at the Jews. And we all know what that led to.

Common sense tells us, Sanders plans DO NOT work on paper. Sanders plans will not work in reality. What will happen when the mask comes off? To make his plan work for 1 year, Sanders has to cease 100% of the income of the top 5% of all US wage earners. To operate a second year, Sanders would have to cease 100% of wages from the remaining 25% of all American wage earners. Then what happens in the third year when that money runs out?

Obama created an economic gulf between young and old the day he introduced his healthcare law. Sanders talks about the gulf he needs. Sanders scheme is centered on the support of young voters. What happens when the mask comes off?

Sanders didn’t come up with those concepts and promises on his own. Sanders has read and studied books about the most successful socialists and communists in the world. Every one of those leaders has turned to mass murder to make room for the social programs they promised. Hitler came the closest to succeeding. The others completely failed. I for one do not want to find out what Sanders learned from those leaders. The risk is far to great.