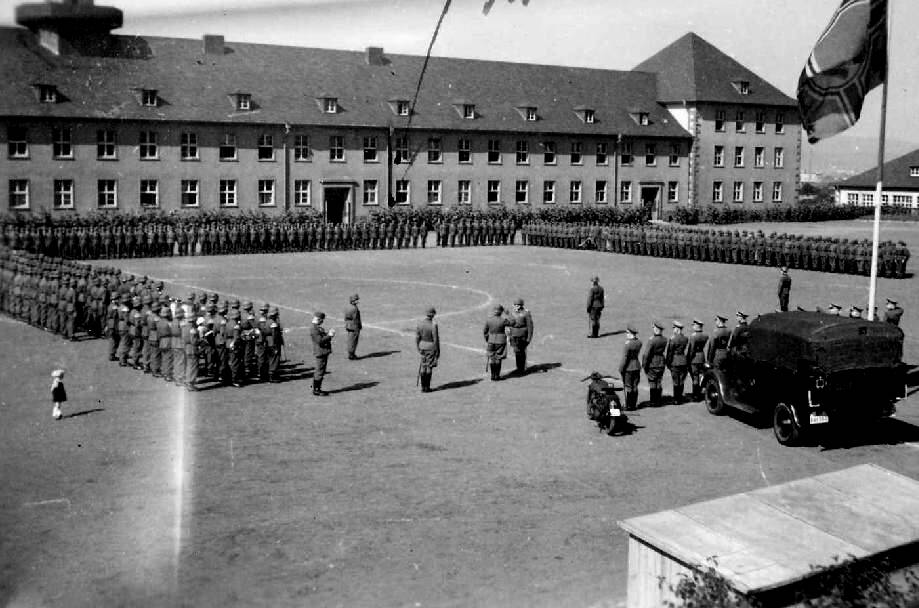 In 1930, Hitler began an era that would break the treaty that had put an end to WWI.

WWI came to an unofficial end on November 11, 1918 with the Armistice – the agreement to lay down weapons and cease fighting. The war officially ended on June 28, 1919 with the Treaty of Versailles. This treaty was negotiated by the Allied Powers at the Paris Peace Conference. In short, it “required Germany to accept the responsibility of Germany and her allies for causing all the loss and damage during the war” (Source). Similar articles were signed by the other members of the Central Powers. This was called the War Guilt Clause.

The Treaty of Versailles, however, required Germany to pay reparations for these damages. And to prevent another similar war, Germany was also forced to disarm and “make substantial territorial concessions” (Source). But, because these provisions were later deemed unsatisfactory, later treaties were signed in an effort to amend these problems.

In September 1924, the Dawes Plan went into effect, providing an end to the Allied occupation in the Ruhr. It also set forth to stagger Germany’s payment plans and, hopefully, to boost their economy. Then, on December 1, 1925, the Locarno Treaty was signed, dividing Europe into two categories: East and West. It was hoped that this would prevent Germany from going to war while also trying to normalize relations with them. The Dawes Plan failed, and so in 1929, the Allies once again set to work, hoping to fix it. In January 1930, the Young Plan was signed, effectively reducing Germany’s payments again.

All of these plans were cancelled by 1932, “and Hitler’s rise to power and subsequent actions rendered moot the remaining terms of the treaty” (Source).

In March of 1935, Hitler announced his new and improved Luftwaffe, but in the name of appeasement, no one reacted. Goaded to push the boundaries even further . . .

[Below: The public announcement of Germany’s Re-Armament.]

On March 16, 1935, Hitler introduced conscription and began building up Germany’s air force and navy. Of course, by this point, Hitler had long since been ignoring the rules set into place by the Treaty of Versailles.

See, in 1934, he began secretly giving orders to triple the size of their army to 500,000 men and to build bigger and better planes and submarines. At the same time, Göring was beginning to train air force pilots. Furthermore, Hitler began making speeches about a war in Europe, though claiming to be opposed to the idea of war.

Hitler’s not-so-secret rearmament did help to pull Germany out of her own depression by way of putting factories back into business. For example, shipyards “created branches that began to design and build aircraft” (Source). Plus, while other countries were practicing appeasement, Germany was busy building and experimenting with new weapons – these “advanced and sometimes revolutionary, technological improvements” left England and other countries even further behind. As Hitler later bragged: “We rearmed to an extent the like of which the world as not yet seen” (Source).

These new weapons would then be tested on Spanish soil during the Spanish Civil War with Generalissimo Francisco Franco.

On of the reasons many other countries stood back and allowed Hitler to rearm Germany was because many saw this as the “potential bulwark against the emergence of the USSR which, under Stalin, had successfully undergone a late military-industrial revolution” (Source). Of course, the two countries would later join hands instead – all while planing to invade one another. (And, can I just point out that pre Operation Barbarossa that Stalin was considered the supreme evil? And then we somehow forgot that? Hmm?)

While France and Britain (and to a greater extent America) did not want to rock the boat with Germany, France did take action by building the Maginot Line between themselves and Germany. At the same time, the Stresa front was “formed between Britain, France, and Italy (Italy had not at this time fully invaded Abyssinia and was not yet a German ally) in April 1935” (Source).

Britain went so far down the appeasement path, that she even made an agreement with Germany under the Anglo-German Agreement, effectively enlarging the number of submarines Germany was allowed to have. England hoped this would ease up the harshness of the Treaty of Versailles “and help assuage Germany’s anger towards Europe and reduce the chances of further conflict” (Source). Of course, though, Hitler would only push the boundaries even further . . .

[Below: Pre-war German re-armament produces the Heinkel He 111.]