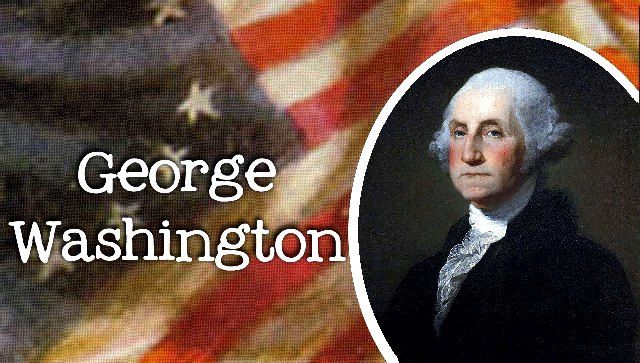 After much discussion, we decided that the next feature we should add is mini biographies about presidents, generals, and other important historical figures. And who better to start off with than our first President!?

George Washington was born in 1732 in Wakefield, Virginia. “His birthplace at Wakefield is commemorated with a reconstructed brick mansion on the original plantation site in Westmoreland County. It is now a national monument” (12).

In school, Washington schooled in manners, morals, as well as the proper texts of the day. His interests? Military arts and western expansion. Appropriate for the man who would lead the revolution. Before joining the military, though, he spent his youth surveying land (no other president would hold this job until Hoover).

[Below: Washington’s birthplace. It has been reconstructed and is now a national monument.] In 1754, at 22, Washington was commissioned into the army as a lieutenant colonel, where he would fight in the first skirmishes of the French and Indian War, losing some 300 men. The following year, he would face the British. He was surrounded, but managed to walk away uninjured, despite having two horses shot out from under him and having four bullets go through his coat.

From 1759 until the outbreak of the Revolution, Washington spent most of his time away from military life, choosing, instead, to work the lands around his beloved Mount Vernon and spend time with his wife, Martha, and stepchildren. In between these activities, he spent time fox hunting and entertaining.

Being both a planter and a military man, put Washington amongst the dissatisfied with British ruling. He was increasingly more worried about what would happen to his country, as Britain was taking away more and more liberty from the colonies. 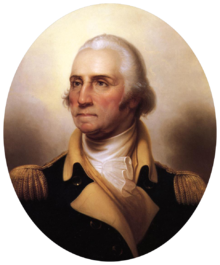 Then, in 1775, he was appointed to the Second Continental Congress. The Congress was after choosing a southern leader to unite all the colonies in this struggle against England. Washington, imposing in his blue military uniform, seemed the perfect choice for the job. And, of course, he was.

Only July 3, 1775 (almost exactly one year before the signing of the Declaration of Independence), Washington took full command of the army. It was his job to pull together the ragtag-looking army. However, as it becoming increasingly clear that England was not willing to budge one iota, Washington became convinced that the war would be not for less taxation and better representation, but for independence itself.

But, even with the signing of the Declaration, Washington still faced numerous obstacles, mostly from Congress (go figure). They refused to believe that he was a capable leader, so refused him even the most basic of necessities, such as supplies and men.

Despite the rank he know holds, Washington may not have been considered the greatest general ever to be seen by the American army. However, he was still a capable commander, and knew how to use his army to the best of their ability. Knowing that the British were far more experienced than his men, Washington discovered that it was far safer to rely on harassment of the enemy, rather than all-out battle – of course, we know they still saw plenty of that. Washington was known to let his men fall back during battles, only to have his men form a surprise attack later. This seemed to work well. Perhaps, one of Washington’s greatest assets as commander of the army was his organizational skills. It would be these skills that would get his men through the darkest of days, such as the winter of 1777-1778.

As the war came to a close, instead of accepting the role of king offered him, Washington preferred retirement and Mount Vernon, with his wife and, now, grandchildren. But then, back at Mount Vernon, Washington realized that the Confederation Government was not functioning well at all. They newly founded government didn’t yet have the authority and respect it needed from other countries to stand strong at sea, against merchants of other countries, or even “marauding Indians” (17). Worse yet, riots were breaking out over heavy taxation, and in Massachusetts, some farmers even began to take up arms.

Washington seemed to have no choice but to surrender. As a result, in the summer of 1787, he helped form the Constitutional Convention of Philadelphia. Washington took little part in their debates. But, as was predicted, once the Convention began to operate smoothly, and finally voted on their first president, Washington was elected. Washington wasn’t thrilled about their decision. Nevertheless, he agreed. 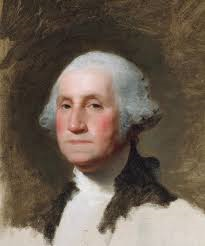 And, on April 30, 1789, Washington was sworn in as the first President of the United States, standing on the balcony of the Federal Hall on Wall Street in New York.

It was a grave man who gave the first Presidential address before Congress. But, he had every reason to be grave. The fledgling country of America was week in more than one area; the treasury and military being just a few of those areas.

Thus, the job fell to our first President. He, however, was insistent on abiding by the Congress. He was convinced that the law-making job fell to Congress and that he should leave well enough alone. He even appeared before the Senate with a list of inquiries, believing whole-heartedly in the Constitutional dictate that he should seek their advice and counsel. When they refused to give him instant answers, however, he never made that mistake again. Instead, he wrote out treaties to the best of his judgment, sending them to the Senate to ratify or reject. Despite his disappointment with the Senate’s ability to offer up suggestions, he found that the members of his cabinet were much more reliable – if not rather bent on disagreeing with one another. Even given their constant bickering, Washington usually sided with the majority. That being said, no one ever doubted that Washington was President and that the authority rested with him.

Wanting a strong central government – to make sure the “executive authority was independent from total legislative control,” Washington appointed his own heads for Treasury, State, War, and Justice (Source). Congress only had the authority to accept or reject these appointments. He appointed Alexander Hamilton to Treasury, Thomas Jefferson to State, Henry Knox to War, and Edmund Randolph to Justice, while John Adams served as Vice President. These men created the very first Presidential cabinet.

And the method worked. Until the bickering between Alexander Hamilton and Thomas Jefferson grew so great that a separate party emerged: the Democratic-Republican party.

After serving two terms as President, Washington had grown weary of politics and was ready to retire to Mount Vernon, for good this time. So, in 1796, he settled down to write his Farewell Address, leaving a precedent of Presidential Warnings. He told the country to unite in heart, spirit, and mind.

Despite his call for unity, the 1796 election would be the first two-party election: John Adams vs. Thomas Jefferson. While this has long since been normal protocol, at the time “Washington and many others perceived organized opposition to the government as treasonous” (Source). (People of today should take note of this.)

Back at Mount Vernon, Washington barely enjoy three years of real retirement. On December 14, 1799, he died of throat infection. In his will, he mandated that all his slaves should be set free.

The first President was dead and the nation would spend months mourning his passing. 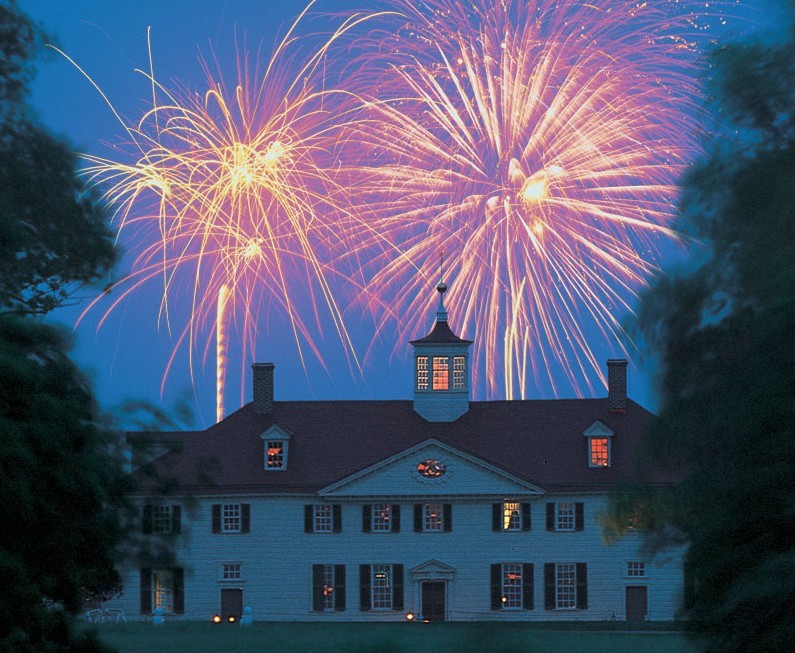