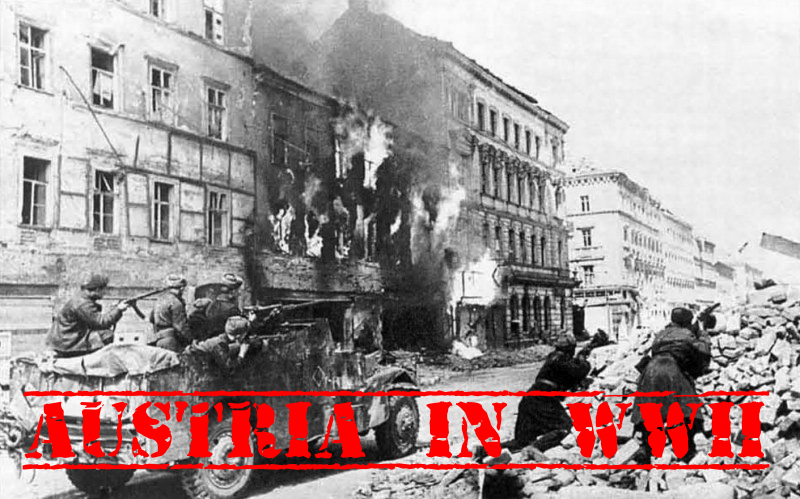 Admittedly, this is a repost. But, when I decided to try reading a book for each occupied country, well, I realized it would give me a chance to attempt revitalizing this particularly short post.

Also, it reminded me that I’d read a book about the Nazi occupation of Austria. I decided to add it to this post instead, since it was a bit . . . lacking.

Summary: Julie Weiss is a Jew living in Vienna, Austria. Through her diary entries, she tells of the experiences of being one of the few Jews in her class. Her family, like so many other hard-working Jewish families, is well-off, living in a fancy apartment. But once the Nazis occupy her beloved Vienna, the changes are sweeping. Her family endures being kidnapped in the night to remove pro-Austrian signs of sidewalks. And worse. But mercifully, Julie is sent to New York to live with her aunt and uncle. But she most go alone and make a new life for herself.

In fact, most Austrians jumped on board the anti-Semite bandwagon relatively quickly. “The Nazi anti-Semitic legislation, barring Jews from their professions, from attending government schools and universities, and from marrying Gentiles, were rapidly introduced. There was also considerable anti-Jewish violence as many Austrians reacted strangely enthusiastically to the Nazi takeover and the persecution of the Jews” (218).

The Zionist movement was strong in Vienna under the leadership of activists like Aron Meczer, who ultimately gave his life to help the Jewish youth escape Vienna. Some 44,000 Jews were able to escape Vienna for Palestine, then British-controlled, and “which became the republic of Israel” (221). Unfortunately, though, strong anti-Semitism throughout the world made it difficult for European Jews to find refuge in many other places. Many were still able to find refuge in America, Britain, and Shanghai. Some “32,753 people from Germany had been admitted to the United States by the end of 1938, 80 to 85 percent of whom were Jews” (221). However, the U.S. closed its gates in 1940. Sadly, many Jews never found out what happened to their relatives.

Because of this strong anti-Semitism, Austrian sabotage mainly consisted of distributing anti-Nazi leaflets . . . to already arrested citizens. Others resisted by refusing a military posting.

Because of the anti-religious and anti-Austrian views the Nazis pressed upon the people of Austria, those to fight back the hardest were the religious organizations. But even here, there were never any large acts that were seen in other countries. Mainly, several members were secretly in contact with the United Sates Military Intelligence Service (MIS).

However small their acts of aggression may have been, saboteurs did not fair any better in Austria than in other countries. Those who were discovered were usually then executed or sent to concentration camps, namely Mauthausen. This first purge occurred in the Spring of 1940, when Gestapo and SS arrested some 100 suspected activists, having them interrogated and tortured.

In another scenario, the Gestapo paid the actor, Otto Hartman, to spy on suspected resistance groups. Through him, in late 1944, they were able to arrest 10 leaders. All of them were sentenced to death.

Most notable for resisting Hitler and his Nazism was the former crown prince of Austria, Otto von Habsburg. Even before the Anschluss, Otto did everything in his limited power to keep the enemies at bay. He was the one urging von Schuschnigg to resist Hitler and not sign a treaty.

As a result, Hitler ordered Rudolph Hess to execute Otto if he were ever found. He wasn’t. However, his cousins, Maximilian, Duke of Hohenberg, and Prince Ernst of Hohenberg (sons of Archduke Ferdinand) were not so lucky. Both were sent to Dachau. And upon Nazi arrival, Otto’s “personal property and that of the House Habsburg were confiscated and not given back after the war” (Source).

Otto not only managed to get away, but he also managed to help 50,000 Austrians (including some tens of thousands of Jews) escape. For his own part, Otto escaped to America, where he became an exile, in constant contact with President Roosevelt and the federal government. It was in this position that Otto founded the Austrian Battalion of the U.S. Army, which due to unfortunate setbacks, never, unfortunately, saw battle.

Otto did have more success in other areas. For example, he was able to prevent the bombing of his beloved Austria, until sometime in 1943. He also made sure that the American people would never forget those held in liberation in Austria or in other European countries by starting the Overrun Countries stamp series. And lastly, he sought and earned support from PM Churchill in an effort to make Austria a free and democratic country once again. Unfortunately, Stalin put a kibosh on the last of his galant efforts.