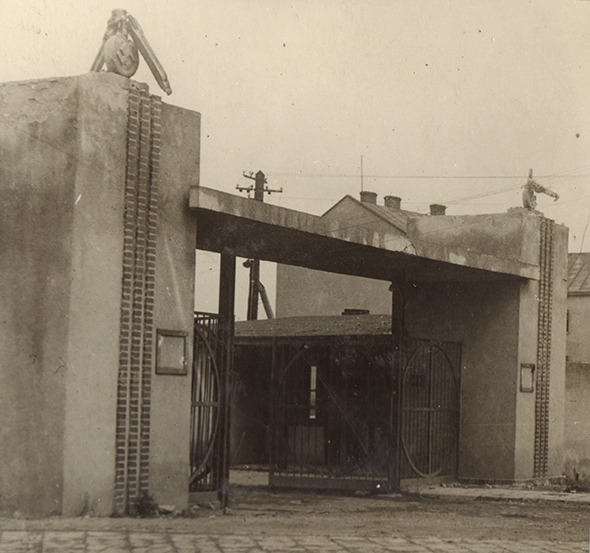 In September of 1941, the Nazis set up a factory on Janowska Street in Lvov, Poland for forced labor. This was just the beginning of a network of factories, known as the German Armament Works (DAW). Operated by the SS, Jews and Poles were rounded up and forced into hard labor for the Nazi party, often doing carpentry and metalwork. Some were given the bizarre task of spending 12 hours destroying Jewish graveyards. Still others scrubbed locomotives. In the very early days of the camp – when it was still a “workshop” and not yet a camp – many Jews actually wanted to work here, largely because it meant food and the coveted certificate and pay, meager though it was. What these poor victims did not realize, however, is what they were voluntarily signing themselves up for.

Though the exact date for the opening of Janowska isn’t known, roughly a month later in October 1941, Commandant Fritz “Choker” Gebauer announced that the laborers would permanently stay at the camp. Worse yet, in October, there were not yet any barracks, so the prisoners were forced to sleep in the factories themselves, or in the streets. 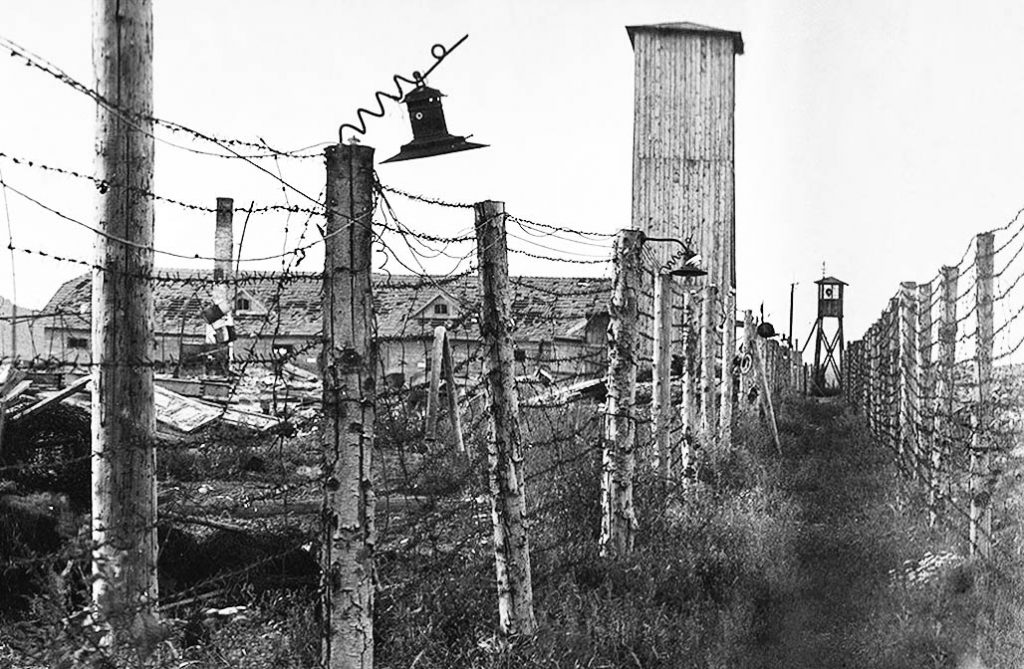 Janowska was divided into three separate sections. The first section consisted of things such as the factories, offices of the staff and guards, and garages. The Second section held the barracks. And, finally, the third held the DAW factories. There were no official toilets or baths. Surrounding all of this was two rows of barbed-wire fence, illuminated by searchlights. Watchtowers were placed at 50 meter intervals around the entire camp. Each barrack housed 2,000 inmates. The conditions were absolutely horrific. Sanitation was abysmal. Prisoners that were “lucky” enough to sleep in the bunks, actually slept on planks, and the rest slept on the floor. Disease and epidemics were common, as was starvation. Like other concentration camps, the food was usually watery soup with maybe a pice or two of potatoes, carrots, or beets. Sometimes, the food was so bad, even though they were starving, prisoners refused to eat it. Worse yet, Janowska actually experienced fatalities from the food.

Commandant “Choker” got his name from his horrible habit of suddenly grabbing men’s necks and choking them. But this was hardly the extent of his forms of killing nor torture. “Gebauer buried prisoners alive, and he forbade prisoners to wash but demanded ideal cleanliness of them. According to testimony dating to the winter of 1941–42, he forced naked prisoners during a severe cold spell to wash in a barrel filled with water; they died after this” (https://ukrainianjewishencounter.org/en/the-janowska-concentration-camp-what-we-know-and-dont-know/).

After Majdanek (the next entry), Janowska was second-largest forced labor camp. Upon returning to camp after 12-14 hours of hard labor, it was not uncommon for prisoners to be seen carrying back the bodies of those who died on the job. 130 deaths from one “victim taking” meaning prisoners were tasked with carrying out meaningless tasks such as hauling boards, bricks, or logs.  Janowska has been described by historians as a “university of violence, a higher school of sadism” (https://ukrainianjewishencounter.org/en/the-janowska-concentration-camp-what-we-know-and-dont-know/). The phrase “hell on earth” appears in many memoirs of Janowska victims.

Nazis tried outdoing each other in each discovering his own form of absurd punishment, thus, Janowska prisoners saw diverse and bizarre forms of killing. Random killings were normal, as were brutal beatings for no apparent reason. Memoirs of Janowska confide that several prisoners were thrown into a cauldron of boiling soup. Some were even shot for not dressing fast enough after showering. Still more were drowned in barrels of water to freeze in the winter. Life in the camp only got worse with Gebauer’s successor, Gustav Willhaus. Willhaus was actually known for standing on the balcony of his camp villa, shooting at prisoners. Willhaus was also known for placing fatigued prisoners between wire rows and leaving them there to die. It grew still worse under Willhaus’s successor, Erwin Richard Rokita. “Rokita’s notoriety rested on his sadistic invention, known as the ‘Tango of Death’ . . . He organized a camp orchestra that was composed of Lviv’s finest musicians and composers” (https://ukrainianjewishencounter.org/en/the-janowska-concentration-camp-what-we-know-and-dont-know/). If any musician played even a single wrong note, said musician was put to death. But what the “Tango of Death” was, officially, Janowska’s execution melody. During roll calls, both Willhaus and Rokita were known to shoot prisoners at random.

The manner in which a Jew was killed varied, depending on the executioner; shooting, flogging, choking, hanging, fixing to crosses with the head down, cutting to pieces with knives or axes. Distinctive procedures were adopted when killing women. They were mostly flogged to death or killed by stabbing. The Nazis conducted their tortures, beatings and shootings to the accompaniment of music. (Link).

One notorious moment in Janowska’s history came on 16 March 1943, following the shooting of SS man. Punishment came in the form more than 1,000 Jews being shot and 11 Jewish policemen being hanged.

As of March 1942, Janowska began serving as a transition camp, usually for those heading to places such as Bełźec, for gas chambers. In March 1942, fifteen thousand passed through for Bełźec, in August 1942 another sixty thousand, and, finally, in November 1942 another ten thousand. Then, in 1943, Janowska became an extermination camp, itself. The majority of its victims were Jews, Poles, Russians, and Ukrainians. Finally, in the spring and summer of 1944, the camp was fully liquidated when prisoners were forced on a death march. Most died.

[Below: Villa of Commandant Gustav Willhaus] 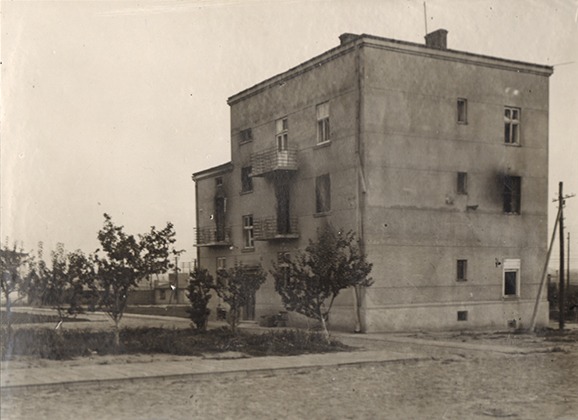