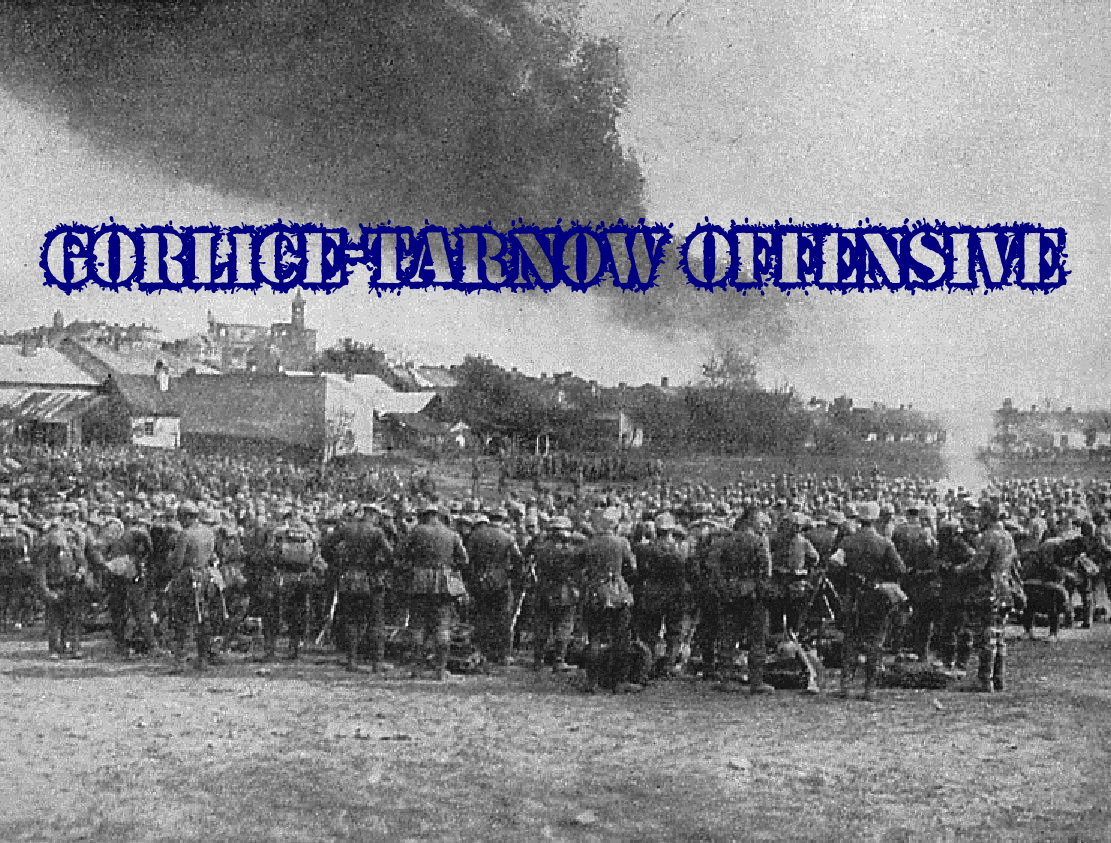 The Gorlice and Tarnów areas were important in WWI, as was much of Poland. Both the Russians and the Germans desperately wanted this land, mostly to secure it and make sure that their opponents weren’t able to make further invasions. The desire to take over parts of Poland led to battles such as Przemyśl and Tannenberg, and many more.

So, the Chief of the General Staff, General Conrad von Hötzendorf, devised a plan that would combine German and Austro-Hungarian forces all the way from Gorlice to Tarnów. After hearing the plan, General Falkenhayn agreed to move the German Eleventh Army, under the command of General von Mackensen from the Carpathians to Tarnów. In fact, the gas attacks launched during the 2nd Battle of Ypres was actually a diversion to let von Mackensen and his troops move under a cloak of secrecy. Once along the Tarnów, he was given command of even more troops, the Austrian VI Corps, the Austrian Fourth Army, as well as a Hungarian cavalry division. By April 28th, von Mackensen and 170,000 men were ready, along with 702 field guns and 300 heavy guns.

On the other side was the Russian General, Radko-Dmitriev’s Third Army.

Hötzendorf planned for a frontal assault. They planned for heavy bombardment along a 30-mile front. And on May 2nd, at 6 in the morning, this bombardment began. Four hours later, an infantry 30,000 men strong attacked the Russians defenses. Of course, this was pretty easy given that the bombardment (the heaviest yet seen on the Eastern Front) had already completely destroyed Russian defenses.

[Below: Germans watching the smoke rise from Gorlice.] 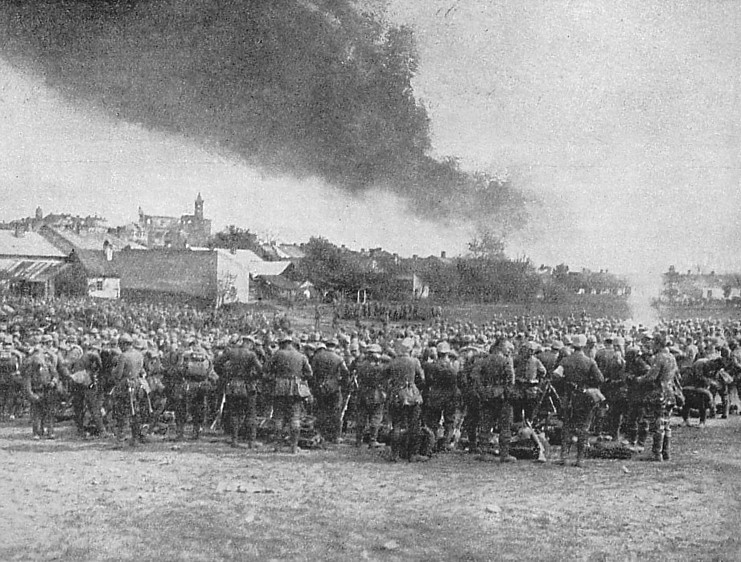 Two days later, the Russians launched their counterattack. The III Caucasian Corps attacked . . . and failed. So much so that the Germans threatened the entire Carpathian Front. It seemed that the Russians were rapidly loosing ground. Not just ground but men and weapons.

By May 9th, the Russians had lost 140,000 men as POWs along with some 100 guns. By this time, the Russian 3rd Army was totally destroyed. The next day, the Austrians were forcefully taking back Przemyśl on the 1st of June.

As the summer progressed, the Russians retreated from Galicia, Przemyśl, and finally Lemberg on the 22nd, and then all the way into Poland. Once into Poland, the Germans turned their advance northward then eastward, easily pushing towards Warsaw, which they captured by August 5th thanks to the arrival of the German 12th On the 25th, they also took Brest-Litovsk

Although Grand Duke Nicholas had managed to retreat, preserving “a large part of the Russian army,” he lost his control of the Russian army before the offense was even over. On August 21st, Tsar Nicholas II took over command of the army. Though this doesn’t seem to have helped the army much, as the offensive continued on in the same fashion for rest of the summer. In fact, by mid-September, the Russians were pushed all the way back to Lithuania and even on to the Russian boarder. All of Russian Poland had been lost to the Germans and Austrians. All of the land they had gained in bloody battles against the Austrians had been lost.

The Gorlice-Tarnów offensive casualty counts were enormously high, on both sides. The Russians some 350,000 men while the Germans lost some 87,000, and the Austria-Hungary some 20,000.

[Below: Russians retreating through Przemyśl.]