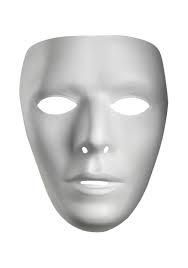 Congressional Record Volume 164, Number 95 (Friday, June 8, 2018)]
From the Congressional Record Online through the Government Publishing Office [www.gpo.gov]
By Mr. DONOVAN:
H.R. 6054.
Congress has the power to enact this legislation pursuant
to the following:
“To make all Laws which shall be necessary and proper for
carrying into Execution the foregoing Powers, and all other
Powers vested by this Constitution in the Government of the
United States, or in any Department or Officer thereof.”
United States Constitution, Article I, Section 8
[Page H5021]

In General.—Whoever, whether or not acting under color of law, while in disguise, including while wearing a mask, injures, oppresses, threatens, or intimidates any person in any State, Territory, Commonwealth, Possession, or District in the free exercise or enjoyment of any right or privilege secured to him by the Constitution or laws of the United States, or because of his having so exercised the same, shall be fined under this title, imprisoned not more than 15 years, or both.