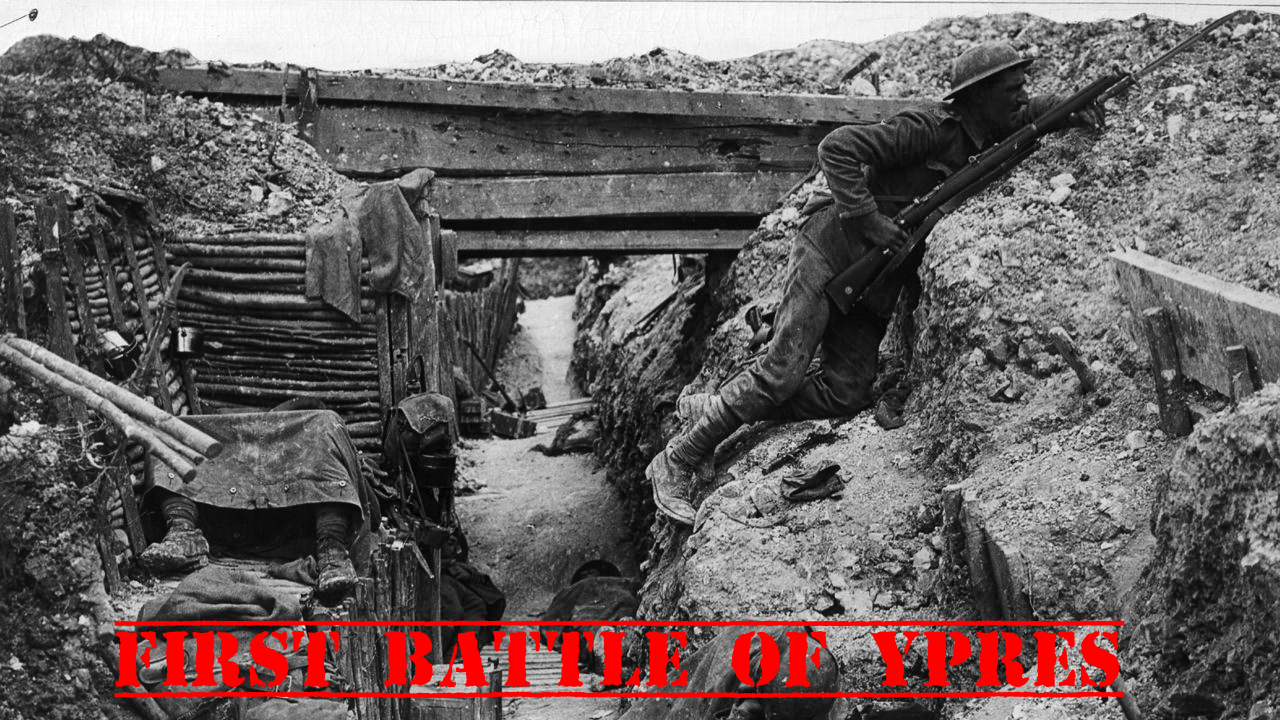 On October 19, 1914 the Allies and Germans fought the 1st of 3 battles that took place in Ypres, Belgium. The purpose of these battles was to gain control of the city and “its advantageous positions on the north coast of Belgium” (Source).

After the Allied victory at the Battle of the Marne, the “Race to the Sea” had begun.

The race ended at the North Sea coast, at Flanders. Flanders was described as “the last gap through which either side could launch a decisive thrust” (Source).

Prior to reaching Ypres, the Germans had successfully captured Antwerp, pushing the Belgians back to Nieuport, near Ypres. Likewise, the BEF (British Expeditionary Force) also retreated to Ypres to “bolster the Belgian and French defense” (Source). The Allied position at Ypres was taking shape.

They got busy building trenches because “it could best be defended from the low ridge of high ground to the east, but it was vulnerable to superior German artillery” (Source). With this arrangement, the British held a 35-mile-long line with the French manning the borders to the south. They were confident that their coordinated attack would enable them to recapture Lille, Belgium, and Brussles, all important industrial cities.

Their plans would not succeed.

The Flander’s Offensive began the next day, led by General Erich von Falkenhayn, who had led the offensive that ran the Belgians out of Antwerp. Falkenhayn ordered an advance to capture the Dunkirk, Calais, and Boulogne ports. They struck the Yser River between Dixmude and Nieuport.

The Belgians once again fought valiantly.

[Below: British soldiers in Ypres] 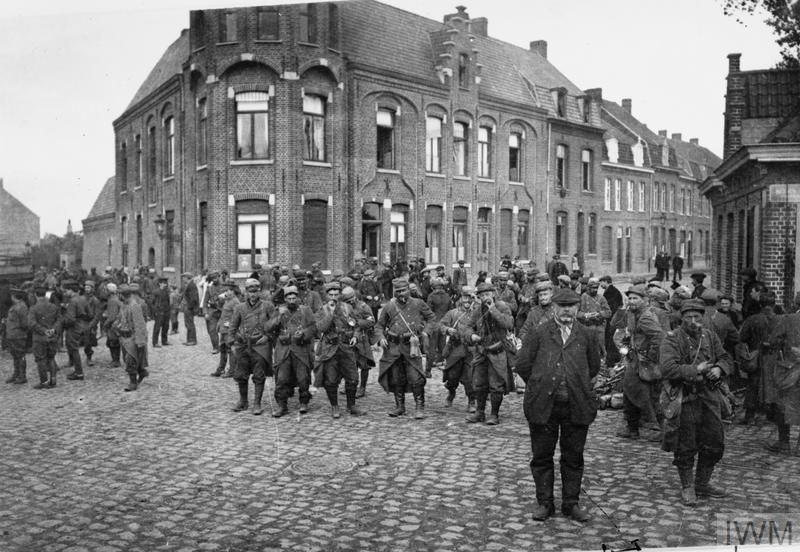 But, the German actions forced Belgium’s King Albert to open the sluices that held back the sea.  On October 27th, the Belgians flooded the land between their positions and the Germans’ along the twenty-mile strip of land between Dixmude and Nieuport, creating a two-mile wide water barrier that forced Falkenhayn to halt and reconsider his plans.

Looks like the Germans fighting the Belgians worked in the Allies’s favor not the Germans’s.

Thus began the second phase. This phase consisted predominately of assaults on the city of Ypres. The second phase became known as the Battle of Langemarck. “The British IV Corps was situated to the south, with the corps ready to come into line. The French commander thought that only one German corps was at Ypres” (Source). Falkenhayn had the newly assembled Fourth Army, commanded by the Duke of Wurttemberg, launch the attack on October 31st.

First, the Germans drove the British calvary from its position on the Messines Ridge, located at on the southern edge of the salient. Then, they attacked General Douglas Haig’s 1st Corps further north. However, a vicious British counterattack repelled the Germans, thanks to their superior rifle fire.

On November 11th, the Germans attacked the British again, this time “just north of the Menin Road in the Nuns’ Woods only four miles from Ypres itself. The Prussian Guards and the 4th Division sought the town of Hooge” (Source). The offensive lasted all day.

The Germans were successful, but also slow in exploiting what they had gained. This allowed the British to once again gain the upper hand. They assembled a collection of soldiers (cooks, clerks, medical orderlies, officer’s servants, etc.) who managed to stem the advance and drive the Germans back.

Nevertheless, the fighting in Ypres lasted until November 22nd. When “the arrival of winter weather forced the battle to halt” (Source). Three more battles would take place at Ypres, but this first battle was one of the most significant. It would also foreshadowing how the fighting would play out throughout the rest of the war.

[Below: British trenches at Ypres]