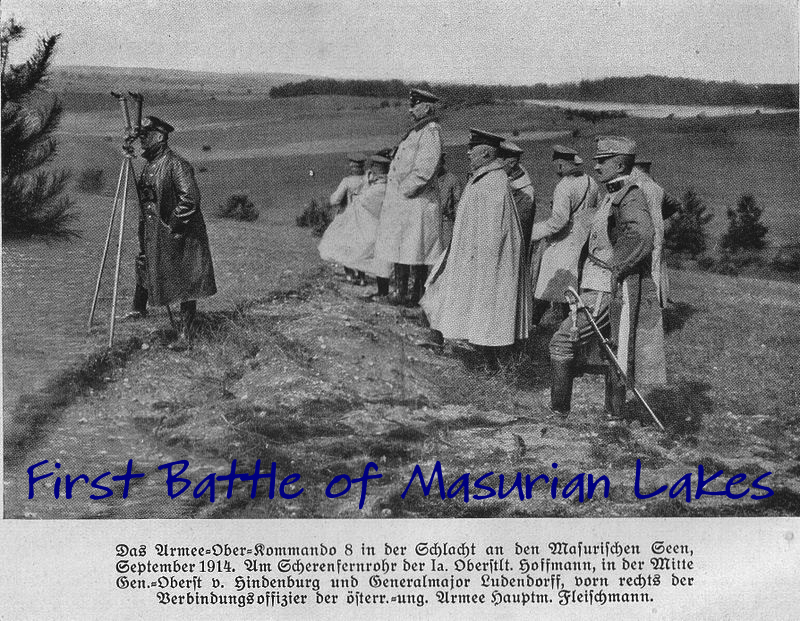 A very short article about an early WWI battle, but since there is a 2nd Battle of Masurian Lakes, it seemed important to include the first.

Their plan was to completely surround the Russians. The Russians lines went “from the Baltic Sea coast on the north to the Russian/German border on the south. The southern half of the line fell along the Masurian Lakes, where the Russian line ended on the north side of a large lake, and continued on the south side with two reserve divisions. Further south, an isolated army corps held the line near the border” (Source). Hindenburg – with the aid of Erich Ludendorff – would attack the two isolated armies.

To start off with, the Hindenburg ordered his troops to advance through a gap between Konigsberg and the Masurian Lakes. However, the Russian 2nd Army received word of their advance, and Rennenkampf ordered his men to retreat to a better position. Following this, a preliminary attack began on January 7th, launched from either side of the two lakes. They hoped to push the Russians back towards the coast, likely making it easier on the Germans. Unfortunately, they outnumbered by 3-to-1.

The official offensive started two days later, on September 9th, with the Germans attacking these two armies. In response, Rennenkampf ordered his men to retreat all while preparing for a counterattack.

“The Germans, despite, now outnumbering the Russians, were unable to encircle them in the broken terrain of the Masurian Lake lands, and Rennenkampf was able to extract his army intact, and even launch his own counterattack on 25 September which regained much of the land lost during the battle” – during the Battle of Niemen (Source). While this may have been true, the Russians did, in fact, lose the battle of Masurian Lakes – and this after their loss at Tannenburg.

Worse yet, the Russians had lost any footing they yet had in East Prussia. With all these losses, the Russian army group commander, Yakov Zhilinski, was dismissed. Hindenburg, meanwhile, was hailed a hero back in Germany after back-to-back victories against the Russians.

It may seem like a relatively small battle, yet casualties were high. The Russians suffered 125,000 losses and the Germans 40,000. Additionally, some 5,000 Russian soldiers were taken as German POW’s. 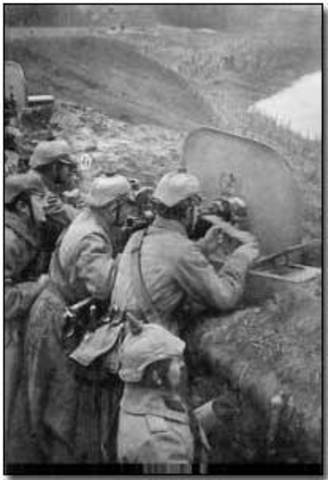