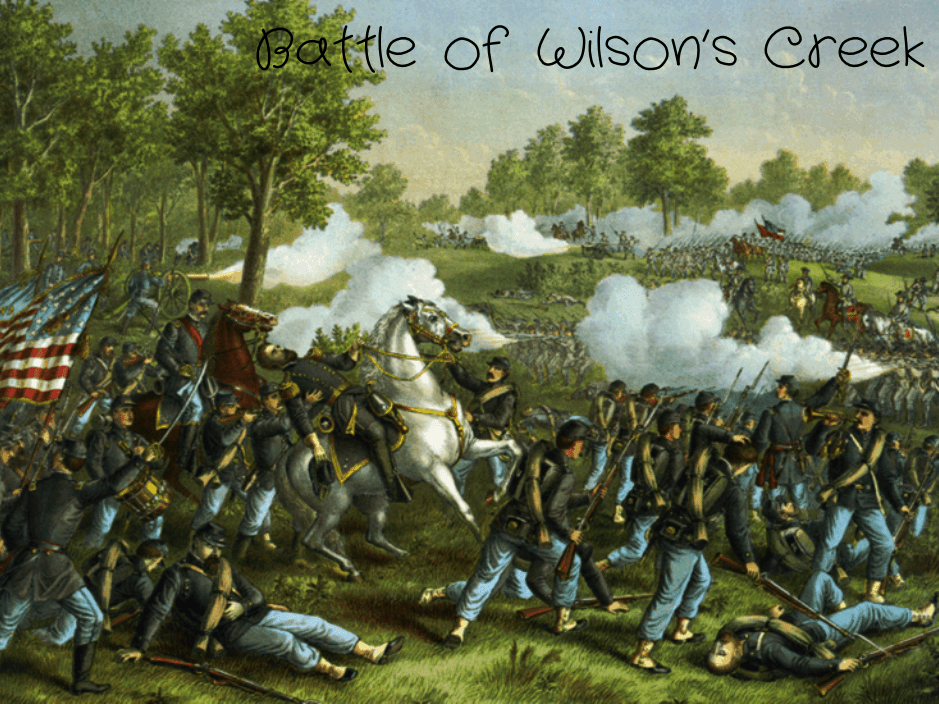 The Battle of Wilson’s Creek

The first battle to take place to the west of the Mississippi was the battle at Wilson’s Creek in Missouri on August 10th. Here, the Union Brigadier General Nathaniel Lyon attacked Confederate Generals Sterling Price and Benjamin McCulloch and their men.

Unfortunately, it would not be Lyon’s most successful attack. And we shall soon see why.

He had some 5,400 men under him at Springfield, Missouri. The Confederates had easily twice this number. Yet Lyon wasn’t about to just let the Confederates have the land. Not without a fight.

Missouri had been pretty much on the fence about secession. In fact, it wasn’t until Lyon captured massive numbers of pro-secession recruits at Camp Jackson. Although, that in and of itself may not have caused the shift. It was actually the fact that he decided to march these prisoners through St. Louis. It was then that it turned into a riot. After being pelted by rocks, Lyon ordered his men to open fire.

That’s when things turned sour. 28 people were killed and 100 more were wounded. But this didn’t stop Lyon’s promotion to Brigadier General, not to mention to overall commander of the Missouri Union forces.

What also happened, though, was that the Missouri State Guard (MSG) was also formed. And this is where Lyon’s problems really began. In June of 1861, Governor Jackson a mutual disarmament to Lyon And since Lyon couldn’t just let the likes of Jackson and the Confederates just have the state . . .

Lyon spent the next several weeks planning his attack. During this time, they fought a number of skirmishes against the Confederates, including one on August 2nd at Dug Springs. Following this, McCulloch ordered his men to retreat, choosing to rest at Wilson Creek. For his own part, Lyon had his men rest further on.

It was a German immigrant who just happened to be a veteran of European war, that gave Lyon the idea to attack at Wilson Creek. Colonel Franz Sigel suggested a two prong attack: Lyon with the bulk of their Army attacking from the north and Sigel with 1,200 soldiers attacking from the south.

It was risky. Remember that they were already far outnumbered by the Confederates, and dividing their men, especially after a midnight march, could prove to be dangerous. Nevertheless, he took Siegel’s idea.

At dawn, Lyon’s men took their position. They marched up Bloody Hill, altering the Confederates to their presence. While Lyon brought in artillery, General Price charged.

Meanwhile, Sigel and his men had also taken their position. Thus far, it looked like his plan was working. He could hear musket fire in the distance. The Confederates were so focused on Lyon’s men that they didn’t notice Sigel’s presence. He was able to start a surprise attack of artillery barrage. “Stunned, Confederates ran through their camp in panic” (Source). Yes, Sigel’s plan was definitely working.

And it should have been a Union victory. But, as seems to be a problem no matter what the war, communication was the problem. Sigel had no idea what was happening to Lyon on the northern side. But what really made his job difficult was that the Confederacy, as yet, had no standard uniform. For the most part, they wore whatever color they felt like wearing. Because of this, when Sigel spotted soldiers emerging from the smoke, he mistook them for an Iowa regiment, when in fact, they were actually a Louisiana regiment. The Louisianans just happened to be wearing uniforms very similar to those the Iowa regiments wore.

Turned out that it was actually McCulloch’s men. And when they opened fire, it was Siegel’s men’s turn to run around in a panicked chaos.

After this, the Union basically fell apart.

Sigel surrendered; or at least, fled.

Meanwhile, back on Bloody Hill, Lyon wasn’t fairing much better. They had managed some advance thanks to their surprise attack, but soon found themselves simply fighting to maintain the land they currently held. Price’s men charged the hill not once, but twice. On both accounts, Lyon did manage to hold his ground.

But then Lyon was shot through the chest. He died trying to rally his men.

He was the first Union general of the war to die in battle.

Command fell to Major Samuel Sturgis. He, like Sigel had done earlier, mistook an approaching Confederate army for Union troops. He probably greatly wished that it was Siegel’s men, too. Sturgis tried to maneuver his men for another advance. But instead, they were hit with the largest attack of the day.

Surprisingly, Sturgis and his men – with Kansas troops at the center – managed to hold their ground against the attack. However, Sturgis decided that now was the time to withdraw. Lyon was dead, Sigel couldn’t be found, and Sturgis just didn’t have the numbers to defeat the Confederates. They were now low on ammunition, as well.

Back in Springfield, Sigel took command of the reunited troops and led them on towards Rolla.

The Union had fought well. They had even retreated in an orderly fashion. They held fast during three attacks, even after the loss of their leader. They may have, technically, lost the battle, but they really had nothing to be ashamed of.

Unfortunately, the Confederate victory at Wilson Creek really did serve to energize the MSG. On November 28th, Missouri was admitted to the Confederacy.

Overall, Confederate casualties amounted to 1,235 while Union casualties added up to 1,095. 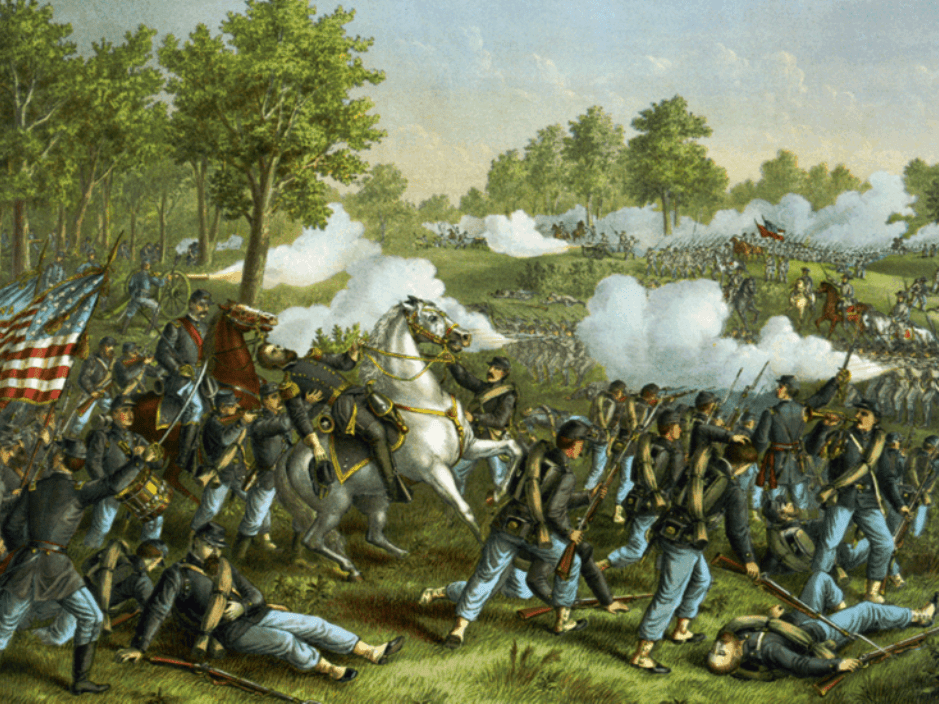