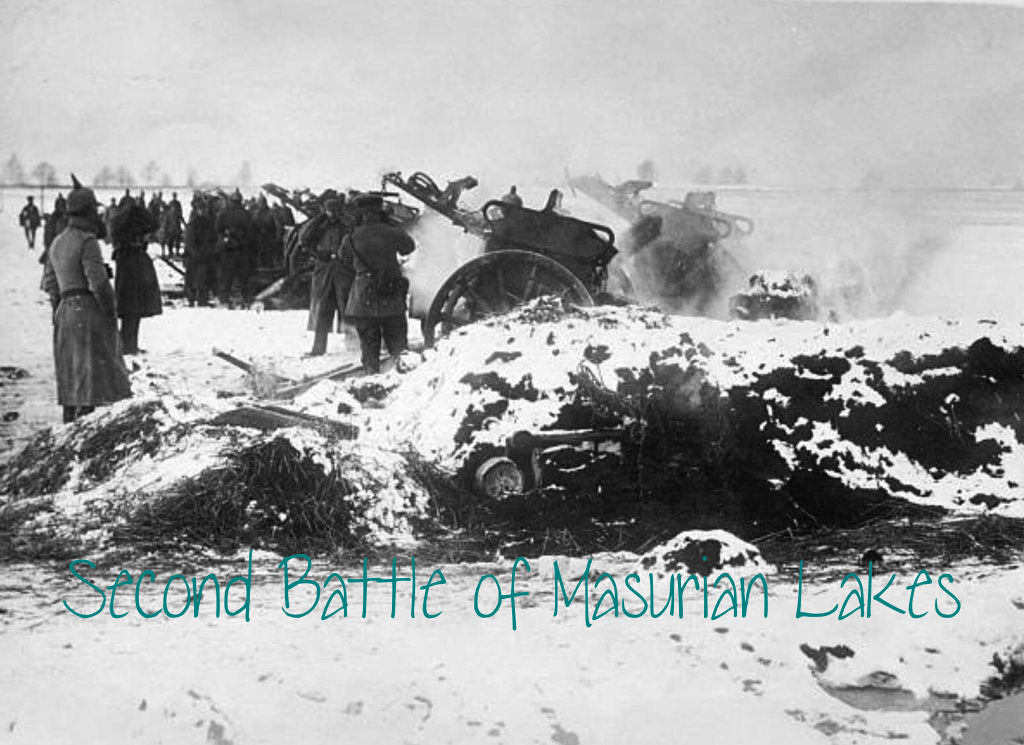 Another very short post, but it is the second of two battles.

The Second Battle of Masurian Lakes began during a blizzard. Because of this, it is also known as the Winter Battle of Masurian Lakes. It was, like the first battle, fought between Russia and the Germans (who had Austria-Hungarian aid). The battle was part of Paul von Hindenburg’s plan to push the Russians back and bring about an end to the battle on the Eastern Front. “Specifically, Hindenburg intended to outflank Russian positions in central Poland, pushing them back beyond the Vistula River” (Source). The Germans were still desperate to throw the Russians out of the war, thus closing the eastern front and allowing them to focus on the British and the French in the west. Furthermore, despite their previous defeats, the four Russian divisions still held German land – the III, XX, XXVI, as well as the Siberian III Corps. 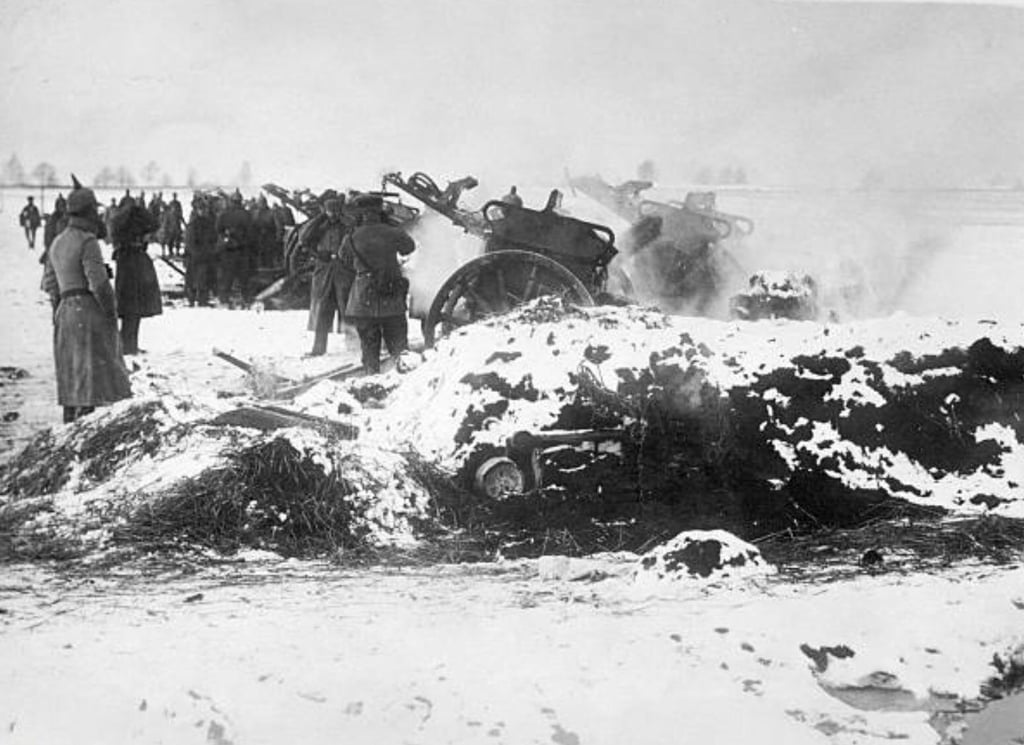 On the 7th of February, during a terrible snowstorm, General Fritz von Below, commanding the German 8th Army, attacked the Russians, “easily advancing against the enemy position from the south” (Source). Despite the German’s easy victory on the first day, the second day saw the German 10th Army, under General Hermann von Eichhorn, joining the fray. Attacking from the north, they easily outnumbered and surrounded the Russians.

In all, the Russians lost 200,000 men, half of them prisoners. German losses were relatively low, though many did suffer from exposure to extreme cold as well as from exhaustion.

General Fritz von Below was awarded the Pour le Merite, the highest military medal in Germany. Despite what seemed like a major Germany victory, they did not accomplish much on the Eastern Front; it was still open.