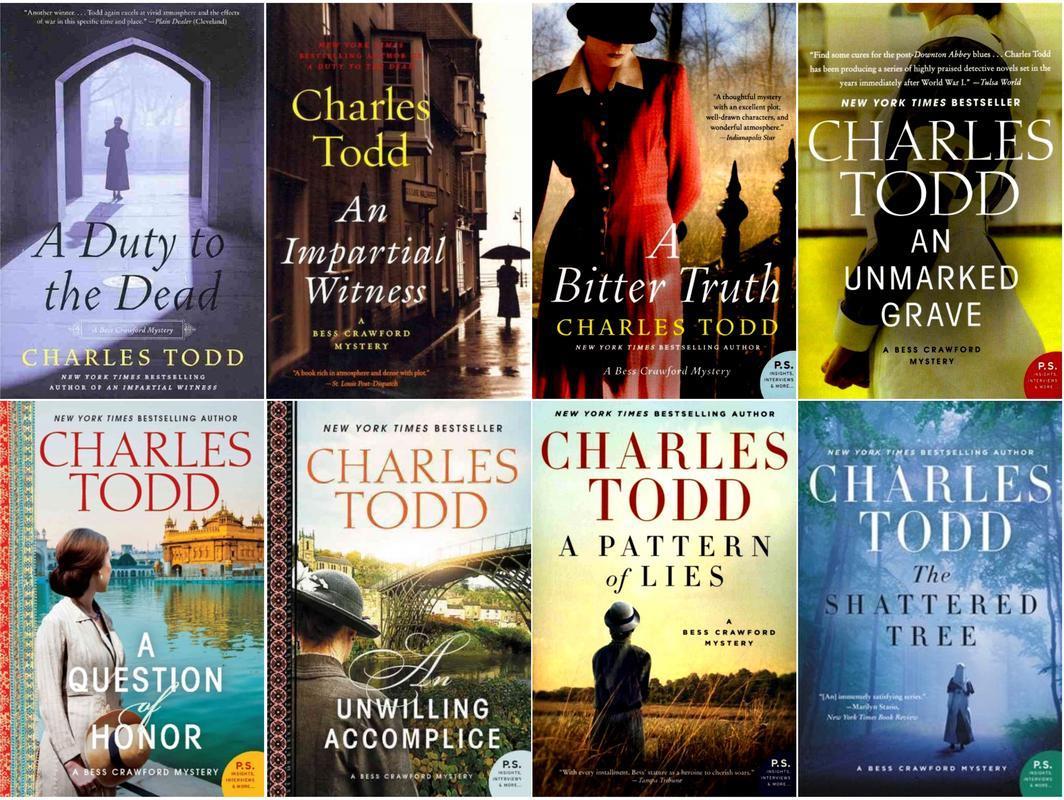 I moved posts around some to ensure The Unknowns was featured on November 11. And to fill it’s place, I have another WWI Centennial post. The Bess Crawford series.

Bess Crawford, the daughter of a very highly thought of Colonel, was brought up India while her father was there on assignment. She was also brought up believing one most always do his or her part for their country. Which is why, once WWI breaks out across Europe, she does a very noble thing: She joins the Queen Alexandra’s Imperial Military Nursing Service (QAIMNS). Bess serves for some time on the Britannic. But, after it sinks, Bess suddenly finds herself in the bloody fields of France, right on the front lines, working overtime to save the lives of the boys overseas. But to Bess Crawford, daughter of a British Colonel, duty does not end with treating the men’s wounds. No, for Bess, this means repairing their lives in any way she possible can. And, usually, this means travelling throughout Europe with her father’s trustworthy said, Simon, to solve one mystery or another.

Essentially, the Bess Crawford series shows the epitome of WWI-era women wanting to play their part in the war. For the first time, women found themselves on the front lines, and for the first time, they found that they, too, could make a difference and play a role.

For Bess, this particularly means caring for the injured men on the front – and in some cases, this means the same men wander through the pages of every book. And time and again, her reasoning is that it’s “my duty” to England, to her father, to the army, to those back home, to the men who are fighting, and to the men who have died.

The stories take part on the front lines, in the hospitals with Bess (which, to be honest, can be gory and dark), but they also follow Bess around England and France as she solves one mystery after another, all to make just one man’s life a little bit better (yes, there are different characters in each book). Bess does show that women can play a vital role in war.

So, if you like mysteries – particularly historical mysteries, then this is the series for you. If you want a well-written series of stories set during WWI, or better yet, a series about a strong women in WWI, then this is the series for you. Though, like I said, fair warning, her descriptions about the field hospitals are dark and gory, but they are not the main setting . . . only part.