In September of 1775, General George Washington approached Congress with the proposition that Benedict Arnold, under the command of General Philip Schuyler, should begin the invasion of Canada. This being decided, Arnold and some 1,100 men began their march through the wilderness just as winter was approaching.

Their plan was to reach their destination in a mere 20 days, not a mere 3 ½ months. These plans were based off a map drafted by Captain John Montresor back in 1760. A map with more mistakes than details. Which was power for the course in a plan were everything that could go wrong, did.

The terrain and the march were both difficult. Supplies and men were dwindling fast. This, in part, thanks to the sinking of supplies in ships commissioned by Arnold, but built by a British loyalist, who used green wood to hamper the American expedition. Looking for guidance and hoping for some valuable intelligence, Arnold wrote to a friend residing in Quebec, John Dyer Mercier. Unfortunately, though, his letter never reached Mercier, but instead landed in the hands of the British.

This, of course, meant that now the British were aware of Arnold’s approaching assault, giving them plenty of time to prepare for the Patriots’ advance.

By the time Arnold and his men reached the south bank of the St. Lawrence River – behind schedule – the British had already destroyed all of their boats. Thus, they were forced to move down the Chaudière, arriving at Pointe-Levi on November 9, a journey of approximately 350 additional miles.

Finally crossing the St. Lawrence during the night of November 13th and 14th, Arnold immediately demanded the garrison surrendered. When the commander, Lieutenant Colonel Allen Maclean refused, Arnold, with a raw militia of a mere 1,050 men, was given no choice but to withdraw and await backup.

Which didn’t arrive until December 3rd. Brigadier General Richard Montgomery arrived with only 300 men. Along the way, he’d been able to capture Fort St. Jean, but this also meant that he’d had little choice but to leave men behind as garrisons at various points along their route.

Nevertheless, the two American generals evaluated the situation, deciding to attack Quebec on December 30th. But the battle went very poorly and tragically for the Americans. Arnold took a bullet to the leg, while Montgomery (and most of his officers) was killed by cannon fire.

By this point, of Arnold’s already rag-tag militia of 300 men was down to 100 men. This was worsened by the fact that many men began to depart as their conscriptions expired. But Arnold refused to give up, moving a single cannon around the outskirts of the fort to give off the illusion of a full invading army. Amazingly, they were able to hold until spring.

Then, with the arrival of 4,000 British troops under the command of Major General John Burgoyne, Arnold was really left with no further choices.

He officially surrendered and retreated in June of 1776. The invasion of Canada had failed. 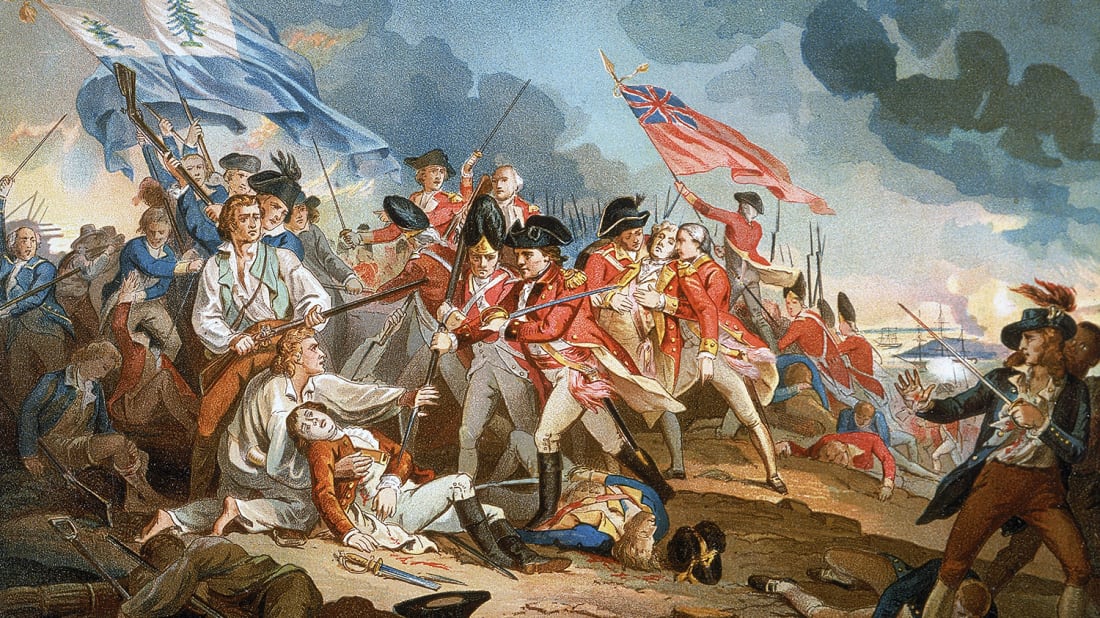 Following the battles at Lexington and Concord, the retreating British armies made their way towards Boston. In Boston the British began to build up fortifications with the help of the Royal Navy.

By the 13th of June, the Colonial Army learned of the British plan to move their men to the Charlestown. In response, Col. William Prescott quickly moved 1,200 of his own troops to Bunker Hill and Breed’s Hill.

On June 17th, Gen. William Howe led his troops to Breed’s Hill, overlooking Bunker Hill. There, he had his troops opened fire against the Colonials. Their first two assaults were repulsed by the Colonists, who “let loose with a lethal barrage of musket fire” leaving heavy casualties on the British side (history).

The British retreated and regrouped. But by the time they began their third and final assault, the Colonists had already run out of ammunition. They easily took Breed’s Hill, and actually engaged with the Colonists in hand-to-hand combat. Heavily outnumbered, the Colonists were forced to retreat to Cambridge, via Bunker Hill.

Bunker Hill is significant because while the Americans may have lost, the battle also garnered great morale throughout their ranks. They had taken down nearly 1,000 enemy troops (92 of them officers), while the Colonists only lost 370 men, most of them in retreat.

This convinced the Americans that their cause was not in vain. They had proved that, though inexperienced, they could stand up against “The Regulars.” 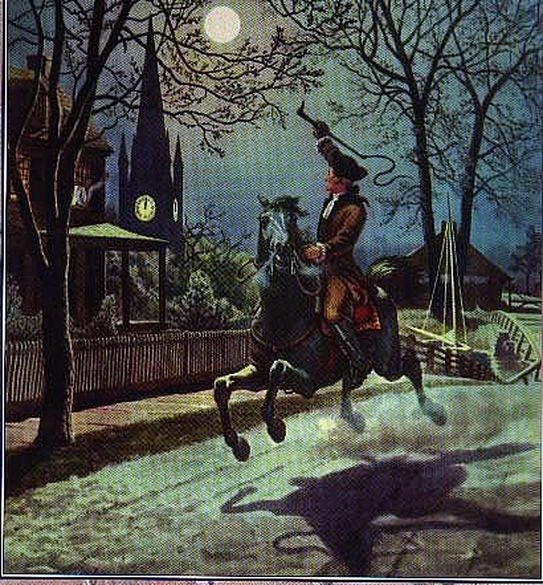 Most Americans are familiar with the poem, “Paul Revere’s Ride” by Henry Wadsworth Longfellow. However, that’s not the full story. Or even a very accurate telling of the story.

Paul Revere’s ride took place during the evening of April 18-19, 1775. By this point, due to assaults from the British and the Loyalists, many Patriots had taken to hiding out in outlying villages. Paul Revere, however, remained in Boston, where he went about his daily life, keeping an eye on the soldiers, but mostly trying to remain inconspicuous.

By mid-April, Revere had begun to take notice of British ships coming into harbor. He’d also began picking up tidbits of a forthcoming raid. It’s possible that his source was General Gage’s wife, a women who loved her country. So, on the 16th, he travelled to Concord, the temporary home of Congress and the storehouse for militia  weapons.

It was on his return home to Boston, that Revere met with fellow Patriots in Charlestown, where they planned to “provide notice” once the British started for Concord, alerting them to which course the British followed.

There was no guarantee that Revere or the other Patriots stationed in Boston would be able to escape in time, so a plan of action needed to be agreed upon. Thus, it was decided that the signal would be placed in the tower of the Old North Church. “One if by land, two if by sea.”

Then, on the night of April 18th, Revere received word from a local stable boy that the British were on the move. They were preparing boats to cross the Charles. Two if by sea.

At around 10, Joseph Warren relayed the warning to Sam Adams and John Hancock, both destined for the gallows should the British regulars ever catch up with them. He sent William Dawes, a young shoemaker, on the land route, through Roxbury, Brookline, and Cambridge. Meanwhile, Revere took the water route.

But on the opposite shore, Revere’s path nearly collided with two soldiers of the British army, and he was forced to alter his route to the north by two miles. But this was hardly the end of his bad luck. He pressed on, though, on to Lexington, where he met with Adams and Hancock at the home Jonas Clark. Eventually joined by William Dawes and the third rider, Dr. Samuel Prescott, the three riders set out for Concord. Of the three, only Prescott, with a vast knowledge of the countryside, reached Concord. During his journey, Dawes was thrown from his horse and captured by the British. Revere, also captured, used his interrogation time to inflate the numbers the Patriots had waiting for the British.

Revere was later released, and while heading back to Boston, heard the striking contrast church bills ring out and shots being fired, giving a good indication that they’d warned the Sons of Liberty in time. Sure enough, as Revere was fleeing Lexington with important papers in tow, he rode past militiamen, lining up for the opening struggle for American Independence.